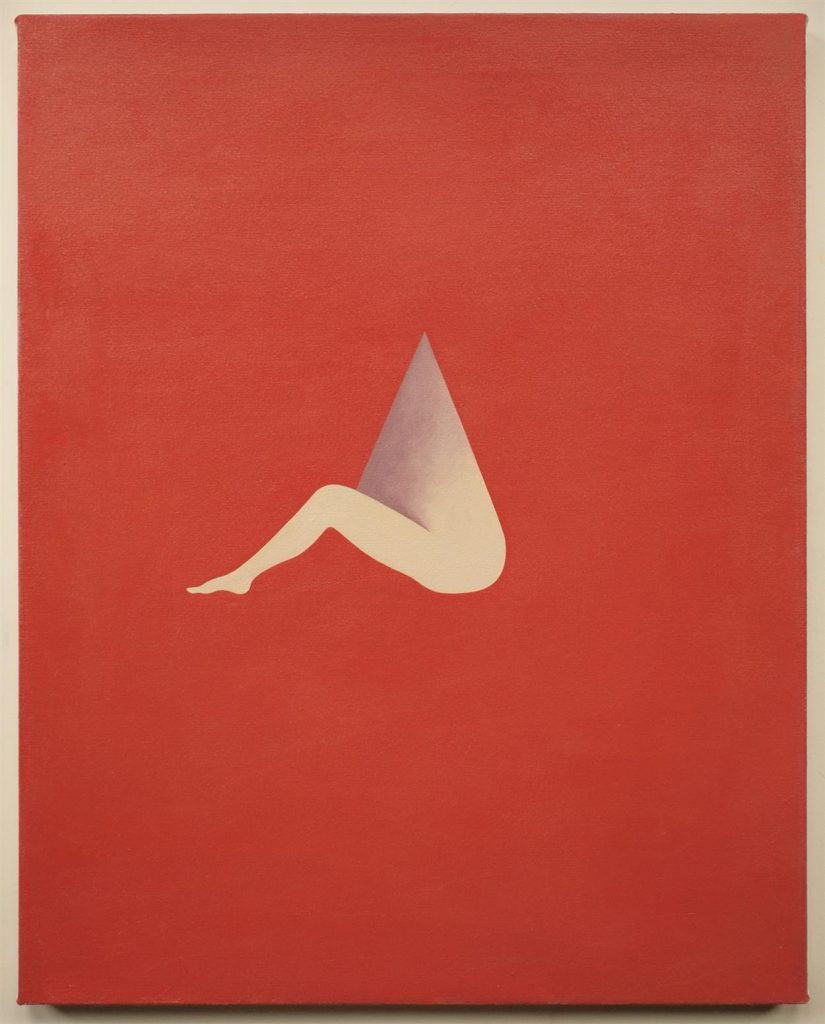 Several artists represented by Carrie Secrist confirm the gallery’s “foundational commitment to presenting artwork where the artist’s skilled hand is prevalent.” The geo-linear paintings by Dannielle Tegeder, currently shown in an adjoining room, are remarkable regardless of interpretation, so the main gallery’s current exhibition of non-gallery artists is all the more puzzling.

Alice Tippit’s stark stylizations of female lips, breast, buttocks and shoes are as confrontational as road signs, but are otherwise not visually compelling. Denise Kupferschmidt’s linear stylizations of female forms resemble the early Modernist reductions of Matisse, but they are more like puzzling, logographic notations than aesthetic expression. Diana Guerrero-Maciá’s grid-like arrangement of ocular pictograms is primarily an investigation of archetypes, symbols and signs. She could just as well have hired a technical assistant to execute them. Anne Toebbe portrays two women through schematic representations of their kitchens. The spaces appear neat and well-furnished as well as claustrophobic and inescapable. Chelsea Culprit’s concrete high-heeled shoe is a heavy-handed symbol of feminine distress. More subtle are the ambivalent effects of her presentation of half-naked, nubile women. The contour lines over their breasts and thighs are lyrical as well as flimsy. The strong colors are sensual as well as awkward. The girls appear confused by sexual display even as they flaunt it. 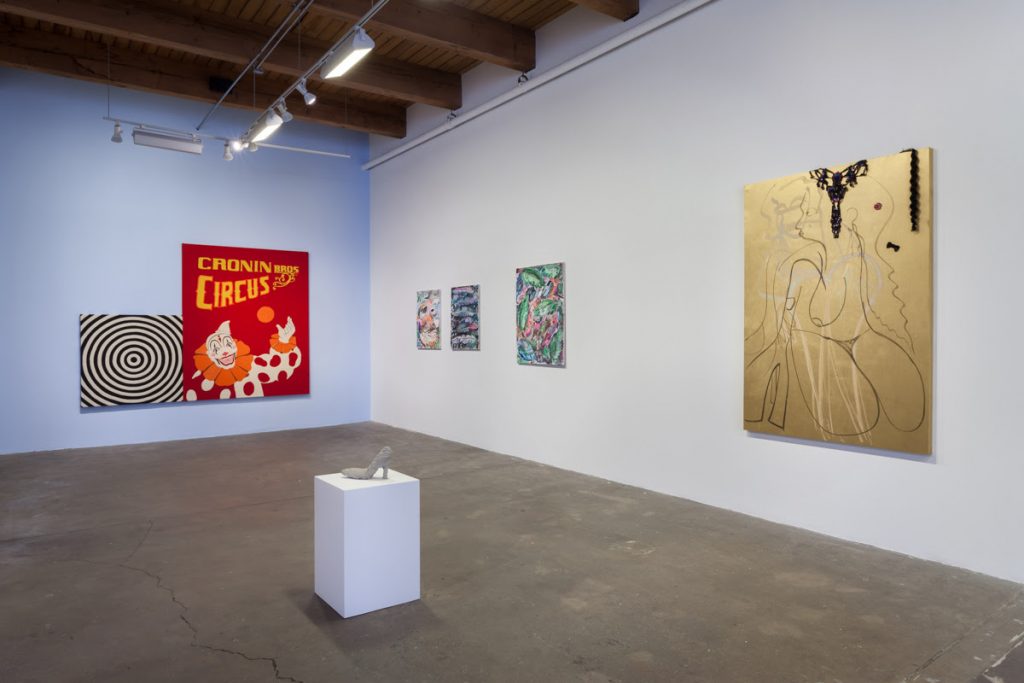 Installation view of “By Hand” at Carrie Secrist Gallery, Spring 2016.

Conceptual ambivalence, rather than the artist’s skilled hand, is prevalent in the above work, as is the case with so many academically schooled artists. Of the works on view, only the paintings by Howard Fonda belong in an exhibition titled “By Hand.” They may not address important adult issues of gender identity, but their particular intensity reveals an inner-child excitement that could only have been expressed by skillfully brushed areas of color. They are as fun and goofy as kid’s art, but with a formal rigor no child could muster.

The title “By Hand” draws attention to facture—how the artist makes the work—but most of these pieces are semiotic investigations of feminine identity. The variety of approaches suggests that the gallery could mount a fascinating show on that theme instead. (Chris Miller)