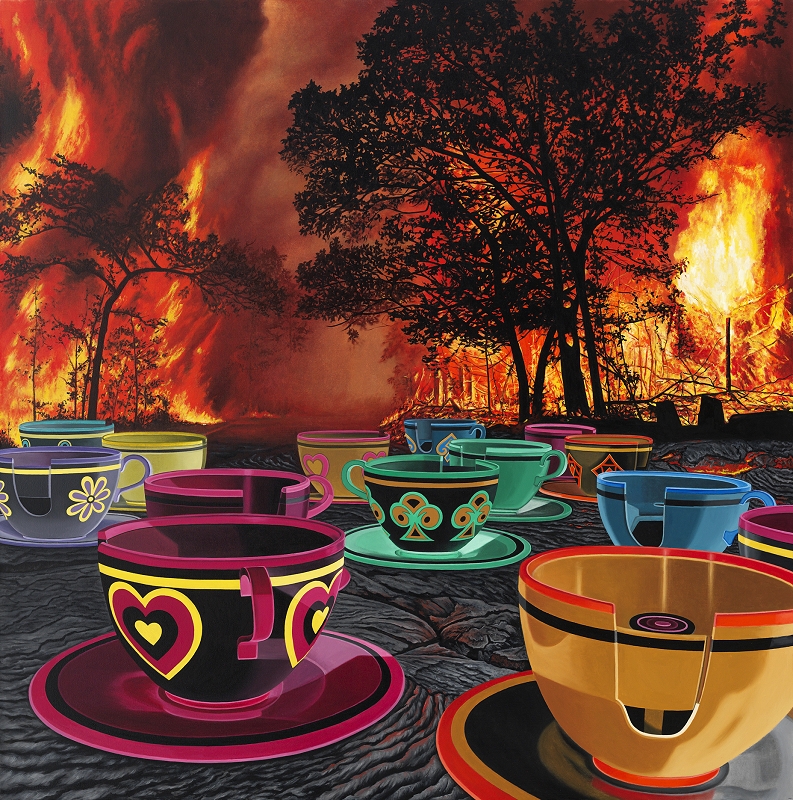 Gordon takes us down the rabbit hole of her imaginative worlds—a mash of reality and absurdity—with bright, vibrant colors that create unnerving, illogical sceneries representing the ultimate place of mystery and wonder: the real world in which we live. As powerful metaphors for our contemporary culture, these images offer insights into the way we experience the world today—reflecting the environment as a physical and emotional space in which the nature/technology binary is made readily apparent.

In an otherworldly space wherein painting and installation coexist, Gordon’s large-scale oil paintings hang alongside a wicker chair swinging from the ceiling hovering over a moss rug in which tiny polka-dotted mushrooms appear to grow. Allowing the viewer to physically enter into the narrative, the three-dimensional installation not only extends the paintings into the viewers’ space, it also challenges them to inhabit them. By breaking traditional barriers between painting and sculpture, the artist blurs the line between artistic mediation and pure experience. Seductive, idyllic habitats are juxtaposed with post-apocalyptic worlds, where after natural or man-made catastrophes, only scattered elements of society and technology remain. Out-of-context objects create bizarre, sometimes disturbing settings—physical remnants or enigmatic traces of technology or human activity that disrupt natural life. 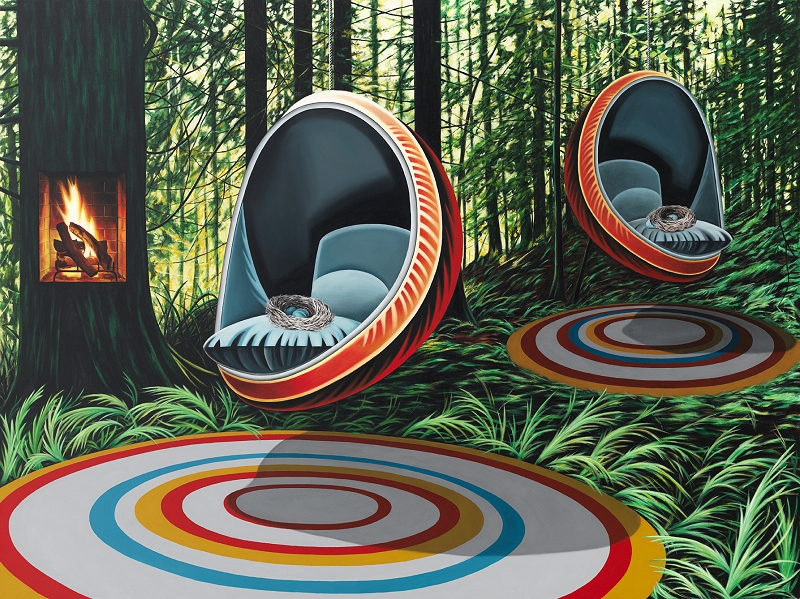 Considering the visible and the tangible as well as the more elusive and mysterious senses of space, Gordon moves beyond its physical dimension toward its social and the psychological aspects. This makes “magnified” more than a fairy tale-like world within which the viewers could let their minds roam free. As they try to define (or redefine) themselves in the multi-layered realities of space, the show leaves them feeling exactly like right after a whirling, disorienting thrill ride, spinning in their own oversized teacup into oblivion. (Vasia Rigou)