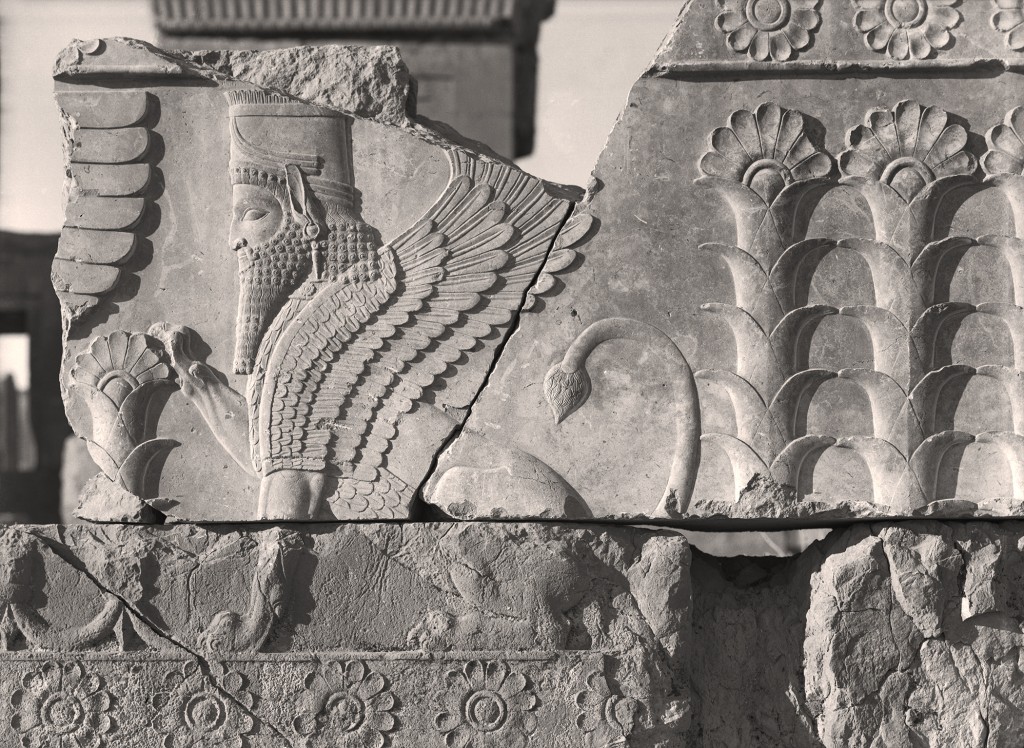 “Winged sphinx from the Palace of Darius at Persepolis, Iran,” from “Persepolis: Images of an Empire,” at the Oriental Institute, 2016.

The ancient city of Persepolis sits roughly five-hundred miles south of Iran’s capital city of Tehran; between 550 and 330 B.C. it was the ceremonial capital of the Achaemenid Persian Empire. From 1931 to 1939 the site was excavated and extensively photographed by the Oriental Institute’s own Ernst Herzfeld and Erich Schmidt. The archaeologists undertook sweeping explorations and restorations of the site from the ground as well as from personally owned aircraft, the notion of which seems incomprehensible when compared to current diplomatic relations between Iran and the West. The expedition yielded thousands of black-and-white photographs of the city’s former glory, many of which are now on view in large reproductions at the Institute.

While the living grandeur of Persepolis has long faded and stone ruins create a frozen-in-time perspective, we must acknowledge that the modern world has intermingled itself amongst these ruins. Although Persepolis has not faced the same dire threat that the ancient Syrian cities of Aleppo and Palmyra have seen, such splendors balance on the edge of a knife, only to topple at the onslaught of religious zealotry. Ironically, this is in direct opposition to the ideology of relativism imposed under the ancient Persian Empire. 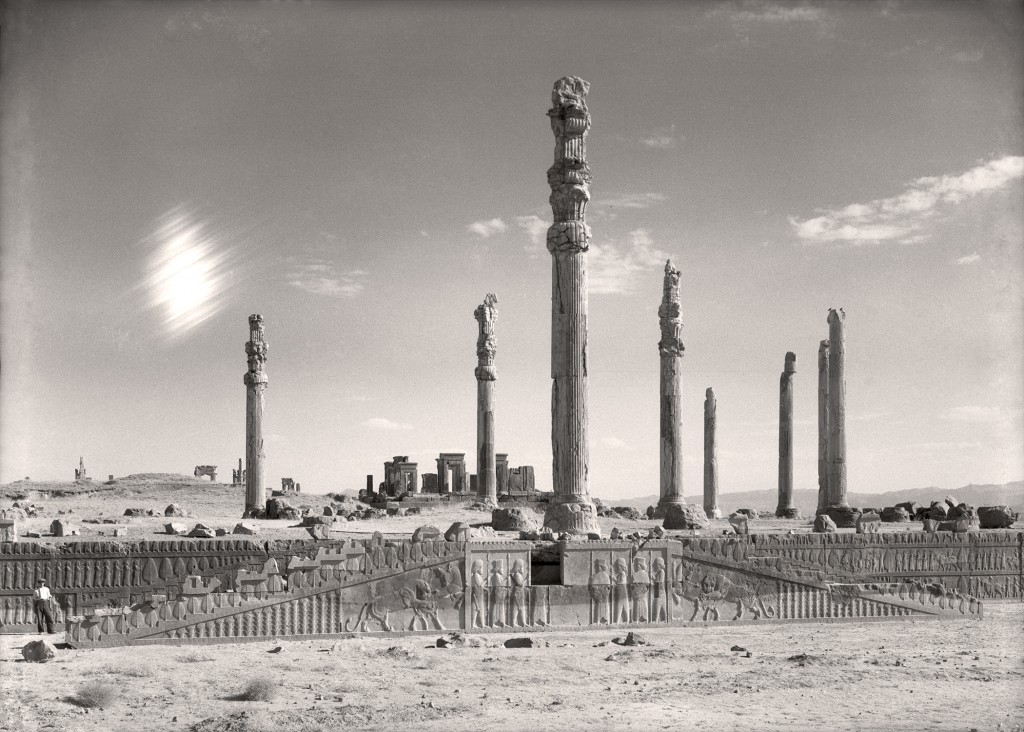 “View of the eastern stairway and columns of the Apadana (Audience Hall) at Persepolis, Iran,” from “Persepolis: Images of an Empire,” at the Oriental Institute, 2016.

The immense, ruined sandstone reliefs and monuments of Persepolis depict the seemingly omnipotent empire of Kings Darius I and Xerxes I, who ruled justly but with divine autocracy. Images of winged sphinges and ferocious lions profess the city’s might and strength. However, there is no empire without diplomacy. Many reliefs depict foreign delegations presenting tribute to the kings, each adorned with the symbols and wares of their respective cultures. An empire must not rely solely on military might to sustain itself, but on inclusiveness of those who fall within its borders.

While my heart breaks at the sight of the destruction of the vestiges of our ancient world, the focus must remain on those who live in these regions today, those whose lives are lost to the atrocities of war. Let the ancient ruins of Persepolis serve as a reminder that power and ideology are transient and cyclical in the face of time. (Noah Hanna)

Through September 11 at the Oriental Institute of the University of Chicago, 1155 East 58th.