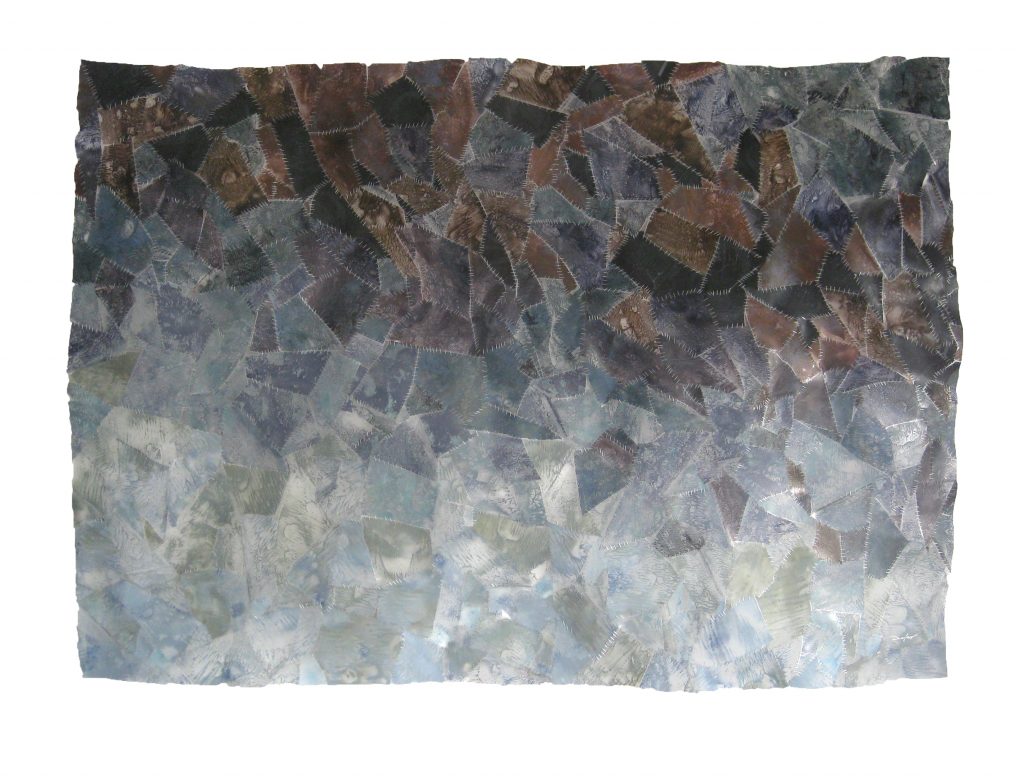 Befitting a building whose tenancy has recently shifted—as the guy working the lobby characterizes it—from cash-splashing advertising types to various practitioners of medicine, recycled medical diagnostic film is the primary medium of “Shards,” Deanna Krueger’s abstract photo-collage display in the lobby of 737 North Michigan. The film, once used in X-ray and MRI machines, was covered in acrylic monotype prints before being torn asunder, with the titular pieces then sutured back together with an uncountable array of staples which crawl like silver centipedes through relics of a recent past.

Suspended from hooks and wires, Krueger’s pieces are both alluring and brutal, the beautiful violence inflicted upon them enhanced by the asperous patchwork they have been reformed as and reinforced with every bite of the gleaming staples’ strong teeth. Sloughed off butterfly scales of the medical-industrial complex, the billowing, sharp quilts are quasi-translucent, resemble soot-covered stained glass and call to mind, in their muted, delicate palettes, nearly-worn-through seashells, puddles of pearlescent gasoline and children’s tissue-paper projects, among other things. Their myriad colors range from muted to wistful and all have an ethereal, druggy sheer begging for pareidolia. 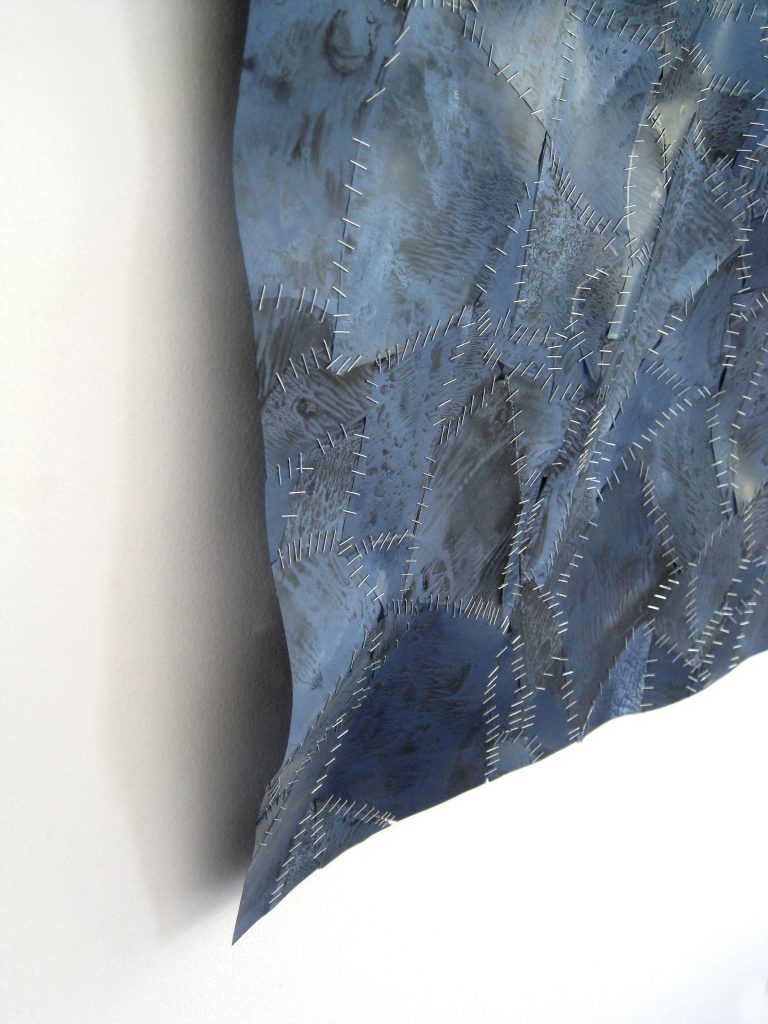 “Shards” is strongest when seen as a rumination on the Great Beast of the medical-industrial complex, rather than the action of care. Gentle color play is juxtaposed with the downright primeval patterns the collages take, an atavistic wardrobe which alludes to the rapidly dying nature of the medium. As new forms of medical imaging—and, more importantly, as new, digital ways to collect, collate and quickly share the data contained in said images—arise, tapes such as these will eventually cede to fully digitized portraits of us. The shining staples are not surgical, they are the staples which bind, coagulate and eventually clot our bureaucratic medical system; the delicate monsters they hold together are the skeletons in the filing and medicine cabinets. Even the show’s great weakness—its swallowing by the cavernous lobby space—can be read as a strength. A jigsaw of medical records—films that once bore tragedy, terror, hope, rage, angst, despair, joy, flaws and fixes, insides made thrillingly, grossly out—without titles, they are pieces of people with no names. (B. David Zarley)