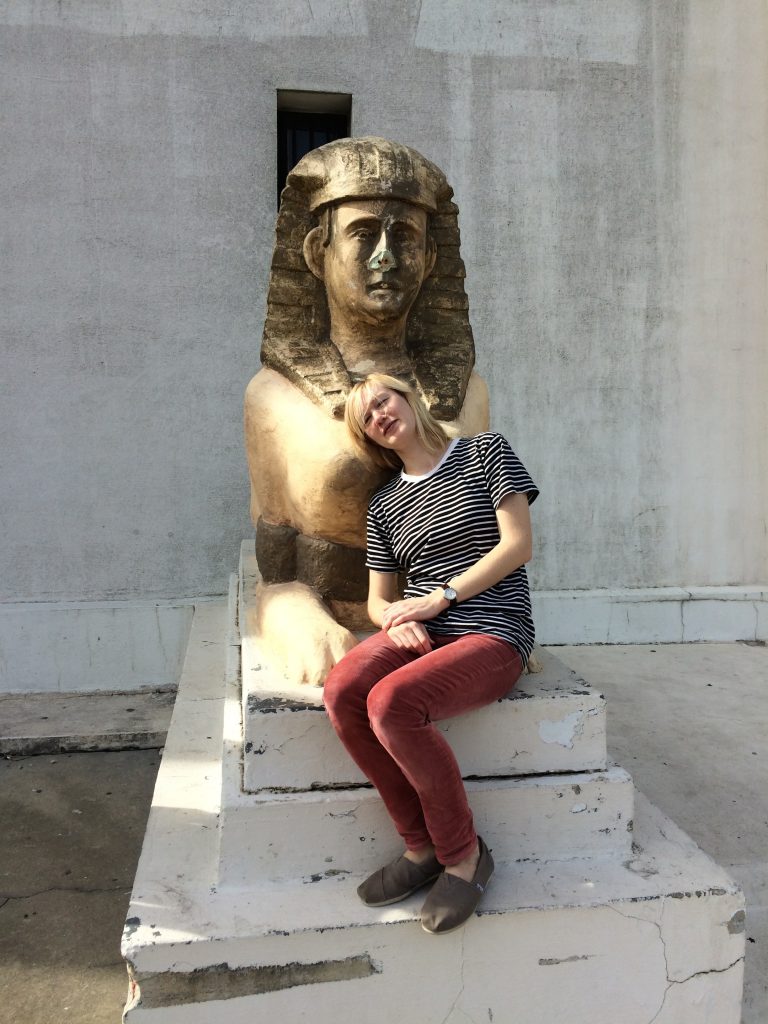 Unless you spend a lot of time walking down Washington Boulevard, there is a much greater chance you have seen the work of Lilli Carré than any other artist on this list. An illustrator and comic-book artist with a full-blown studio practice, Carré’s work has graced a litany of media and literary organs, not to mention art galleries.

The figures in Carré’s illustrations and comics—which also populate her studio work in sundry forms—are highly stylized representations of a “cartoon body” that have an idiosyncratic—and somewhat oxymoronic—gentle power. Often bestowed with lathe-like limbs, Carré’s longitudinal figures convey a sense of motion and an easy dominance of space that is enthralling, slightly chilling and somehow still benevolent. Her work performs a visual judo that she uses to seamlessly finesse in the kind of jocular violence peculiar to the world of comics and cartoons, her practice a thirty-seventy mix of David Cronenberg and Chuck Jones. 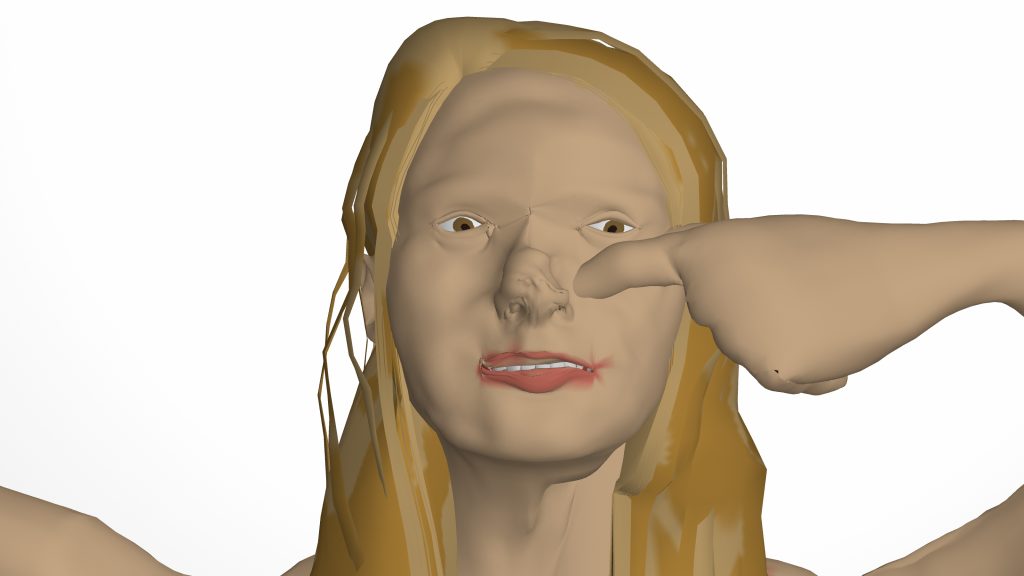 “Within my fine-art work I am really interested in this idea of the cartoon body…and its relationship to the separate, virtual self,” Carré says. Most fascinating is the cartoon body’s malleability, its ability to push easily and catastrophically beyond the physical limitations of our own mortal vessels.

Carré’s practice is a manipulation of the interior languages of her mediums, an insight which stems from her background in animation. Within animation there is a logic to be played with and within, albeit the rules are far looser than those of our obdurate, physical world. In recreating her figures in computer animation or clay, she explores how these interior languages may clash or conflate. Making a limb of one of her cartoon bodies in clay, for instance, requires a brute modeling—smashing a ball into a thigh, cooking a piece crispy in the kiln—not far removed from the violence that happens to your average cartoon protagonist in a slapstick brawl. Carré’s fluency in this internal language is even more prominent in her most recent, animation-based work, which uses the 3D-modeling tool Autodesk Maya, a software that contains beneath its flesh a hidden, digital world of physics and computing engines. “Jill,” a Maya rendering of a mucilaginous figure, explores the idea of the rebellious cartoon body. Set within a plain white digital “room,” Carré interacts with her creation by command. When she tells Jill to sit, the model crumples like an imploded building, leaving behind a sausage casing of rendered skin that pulsates with Maya’s indomitable, cold heart; the effect is both deeply humorous and slightly horrifying. 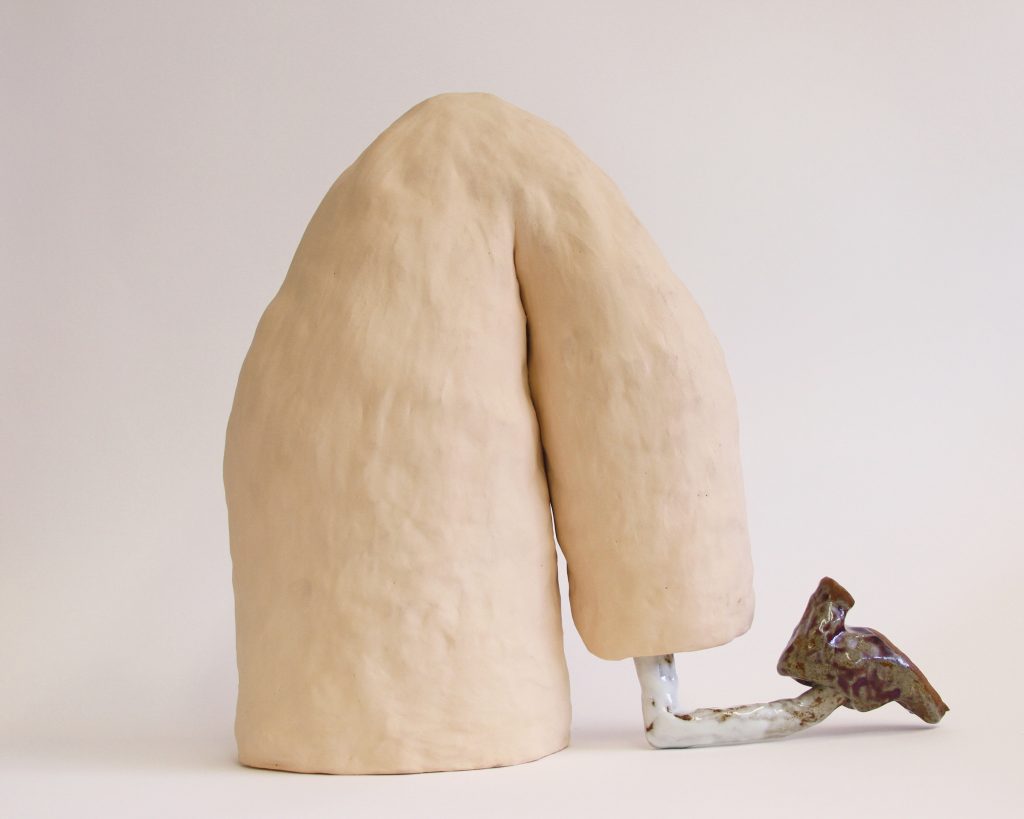 “[T]here is this constant mutation, and a freedom in the mutation of the body within the history of animation,” Carré says, a freedom echoed in her multifarious, boundary-free, studio manipulation of her figures. “And also that shimmer-of-violence union that has always been in it.” (B. David Zarley)