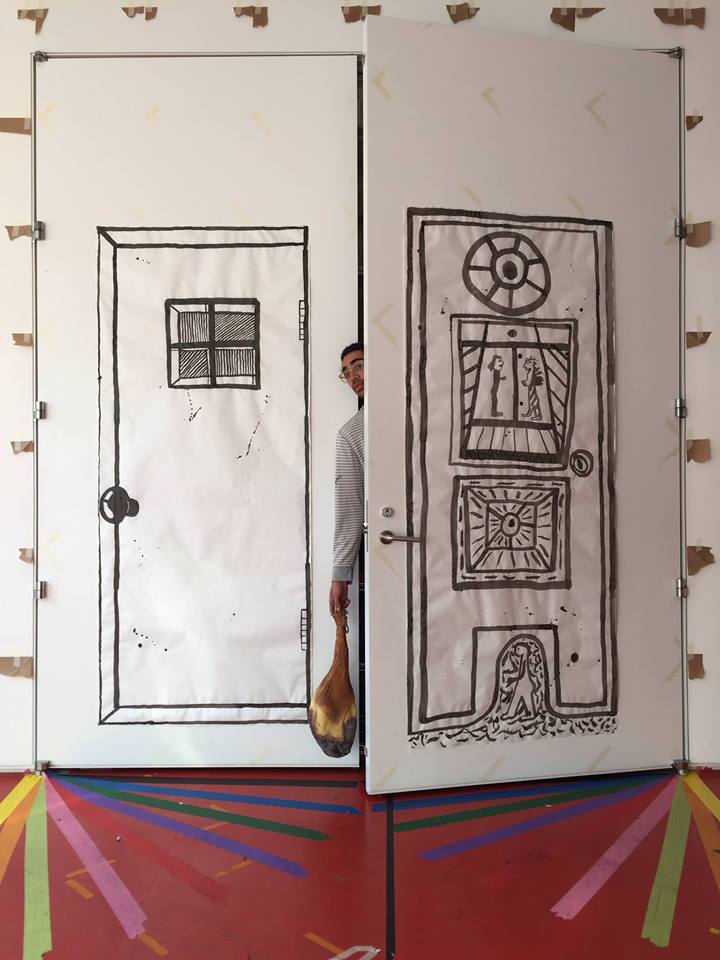 “Do you think this should be green?” Alex Bradley Cohen is standing before a painting tacked to the wall in his studio. He points to the leg of a blue chair on the right side of the composition. The painting looks almost done, filled with Cohen’s customary flat planes of richly hued colors—sky blue, mustard yellow.

Cohen takes a seat on the floor. He’s had a busy year. In the past twelve months, he has shown work at Roots & Culture, in a two-person show at Carrie Secrist Gallery and at The Luggage Store in San Francisco, among other places. He even designed a bumper sticker for the roving exhibition project Trunk Show. It read: “Ideas Are Funny Things.” He was also hand-picked to paint a mural for Spike Lee’s “Chiraq,” a work that featured portraits of influential black Chicagoans from Michael Jordan to Mahalia Jackson to Harold Washington. He pulls out his phone to show me a photo of him cheesing with the director. Lee, clad in all black with a fresh pair of Jordans, is pointing at a paint-splattered Cohen. Working on the set was “super fun,” he says. 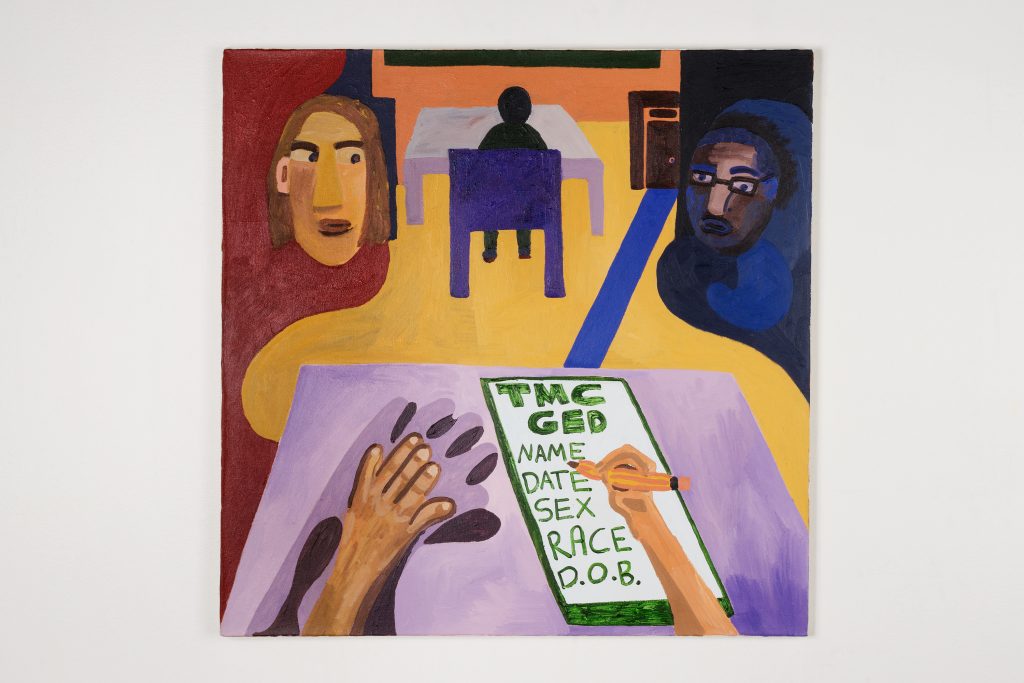 Cohen, twenty-six years old, was born and raised in Uptown, where he still lives. He earned his BFA at the School of the Art Institute of Chicago in 2014, after transferring from Harold Washington College. He credits the safety and comfort of the community with helping him become the person he is today.

“I never thought I would amount to anything,” he says, “so staying in Uptown, a community and place I knew like the back of my hand always felt safe.” Scenes from his life in the city, both formative and banal, constantly appear in Cohen’s art. In one piece, the artist is taking the GED exam while the specters of his parents watch from the walls. A dark red painting depicts the experience of taking the El from Argyle to downtown, tracing the way the city and the people change along the ride. Many works are self-portraits, showing the artist in different moods or environments. “A lot of them are me walking. It’s kind of like I’m transforming and going into these different places and spaces within myself,” he says.

He’s currently working on paintings for an upcoming solo show at Slow Gallery in Pilsen. The autobiographical nature of much of Cohen’s work gives you a peek inside what he might be contemplating. “This is, ‘He had it within him the whole time,’” he says, holding up a new work. “I’m not that much of a fuck-up I guess,” he laughs.

Alex Bradley Cohen, “Self vs Self,” 2016. Acrylic on canvas. /Photo: Eileen Mueller

Cohen recognizes that his career is gaining momentum. He’s trying to be more deliberate with what projects he says yes to, while being thankful for every opportunity. “Really the most important thing to me right now is making these paintings,” he emphasizes. He gestures toward the piece tacked to the wall above his head. “I’m working on this painting of this chair,” he says, laughing. (Kerry Cardoza)