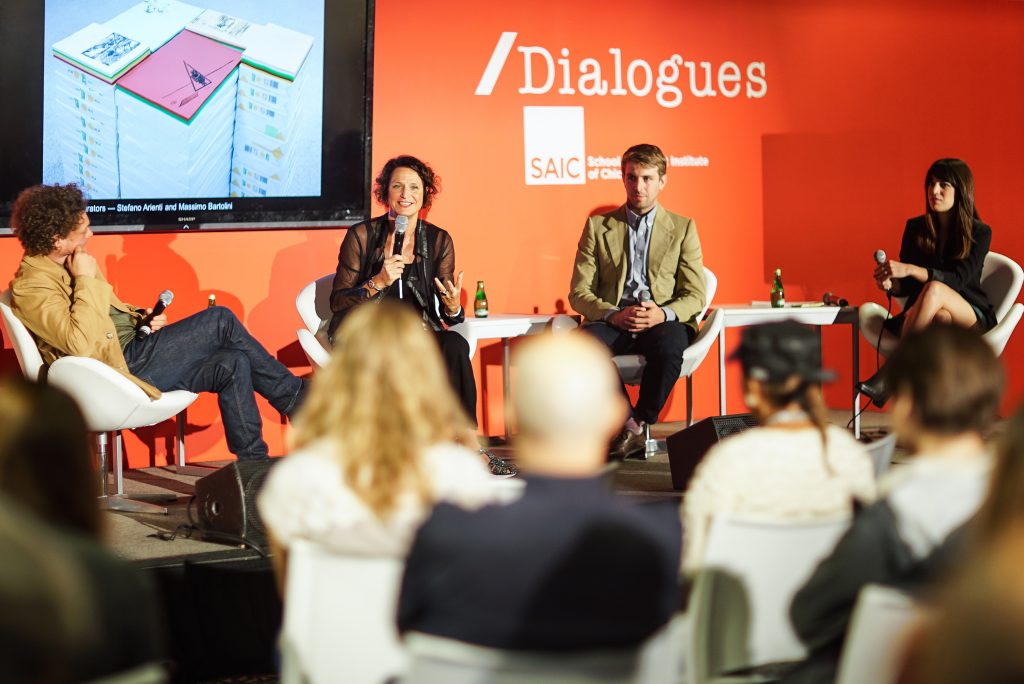 This morning, EXPO Chicago, The International Exposition of Modern and Contemporary Art, announced the inaugural Art Critics Forum to take place during the fifth annual exposition, September 22 – 25, 2016. Building on a growing array of critical programs and platforms hosted annually at the fair, the Forum will draw on EXPO’s longstanding commitment to enhancing the conditions for art criticism, including its recent Chicago Art Critics Forum in Fall 2015 and its online and print critical platform THE SEEN, Chicago’s International Journal of Contemporary and Modern Art.

The forum will consider today’s pressing issues in arts journalism today with leading national and international critics discussing topics amongst their colleagues and peers. Led by ARTnews Editor-in-Chief Sarah Douglas, the inaugural forum’s theme will be  “Transparency | Opacity” and will feature a roundtable discussion after a series of short talks by ArtReview and ArtReview Asia Editor-in-Chief Mark Rappolt, Spike Art Quarterly Editor Kolja Reichert, BLOUIN ART + AUCTION Editor-at-Large Judd Tully and Ran Dian Editor Iona Whittaker. The featured symposium will address “consumer-centric” journalism in the art market—whether or not, in the age of social media, publishers cater to what readers want, more so than what they might actually need.

“The consumer-centric phenomenon, in which we live in today, is intensified on the visual art beat where coverage of art increasingly means coverage of the market,” said Douglas. “This forum has assembled some of the greatest voices in arts criticism to discuss this issue that is at the forefront of all arts journalism. To what extent do critics need to forge a connection with readers through social media? What is involved in producing quality journalism in the age of the art market, a subject known for its opacity? ‘Transparency | Opacity’ aims to address these questions amongst colleagues and peers who are affected the most by this ever-changing industry.”