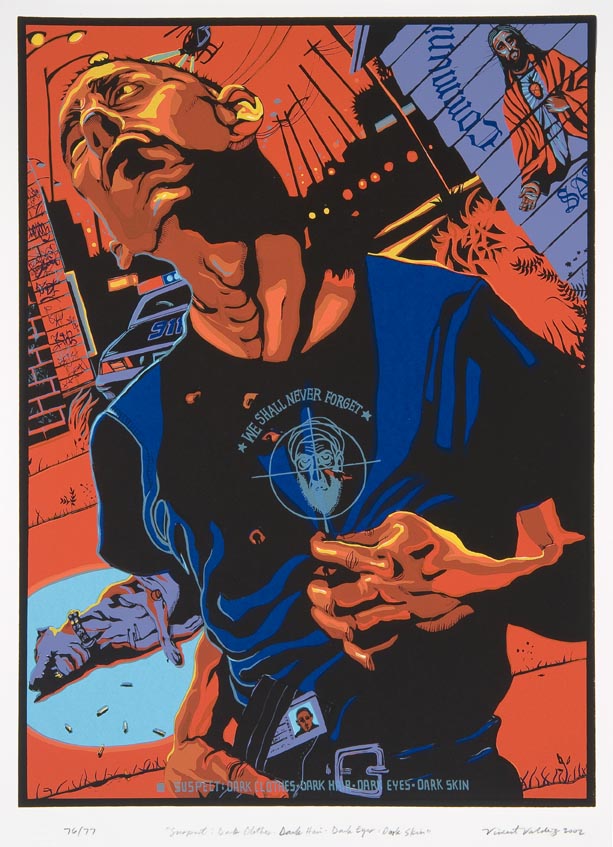 Looking at the miserable men in two gritty lithographs by Vincent Valdez, one concludes that alienation is not alien to the Mexican-American community. But the sharply drawn, dramatic designs say something more, like “this is how we suffer.” Contributing to a sense of community, the first-person-plural permeates the more than sixty prints, beginning with the statuesque, four-feet high, “El Pachuco” encountered at the entrance to the exhibition. Designed by Ignacio Gomez, it proudly asserts “We have style” with a colorful celebration of the elegant zoot-suited Pachucos of the 1940s. Addressing a community much broader than the art world, most pieces appear to deliver direct and simple messages like “Che Guevara is a hero,” “Family is good,” “Our cultural tradition is sacred,” and “Latina women are strong.” There are also negative messages that target the Sun-Maid Raisin Growers of California, Coca-Cola and the Disney Corporation. It is no surprise that many of these contemporary artists also deliver messages as commercial illustrators. Fifty-five of the prints are serigraphs, a technique that works well with the bold design of discrete areas of strong color. Almost all were pulled at community art centers, like Self Help Graphics & Art in East Los Angeles. 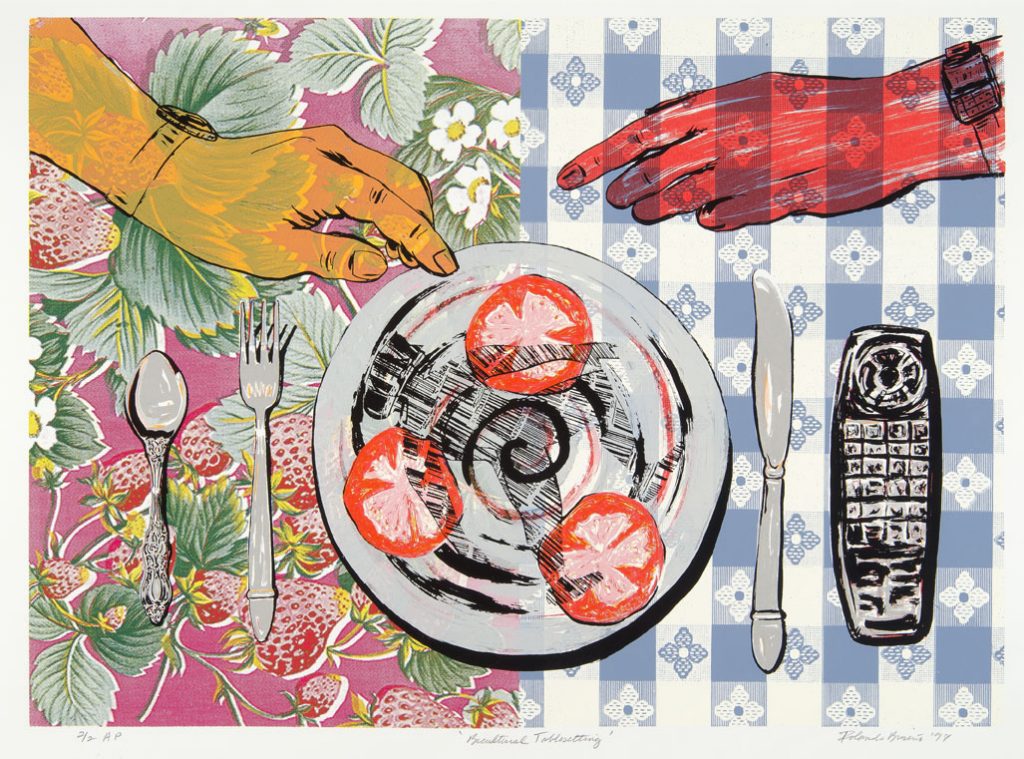 A gallery of “Other Voices” is also included. They appear to be typical American MFAs who are more concerned with investigating language than applying it. They may not offer a connection to the Mexican-American community, but the community can claim them anyway, and by contrast they help characterize the social idealism found in the rest of the show.

I am puzzled by the virtual deification of Frida Kahlo and Che Guevara whose icons hang beside those of the Virgin of Guadalupe. Are they equally sacred? But the art of “La Raza” offers a powerful moral counterweight to mainstream American culture where hedge-fund money invests in a high-end art world of isolation, irony and conflicted ambivalence. Community matters and unlike Mexican artists of the 1930s, these recent proponents of the tradition are more inclined to demand respect than solicit sympathy. They depict strong, quirky individuals rather than innocent, nameless victims. (Chris Miller)

Through August 14 at the National Museum of Mexican Art, 1852 West 19th