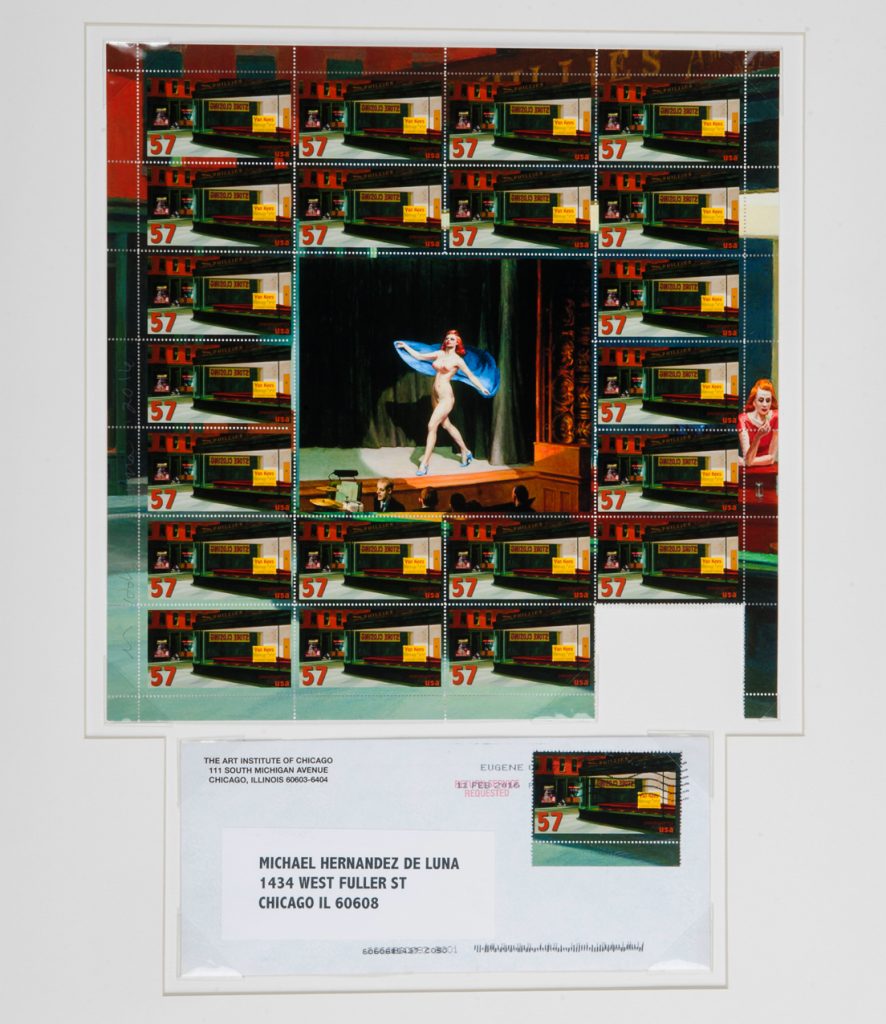 Michael Hernandez de Luna earned a spot on a government watchlist when federal authorities launched an investigation into his work “Fruit Flavored Anthrax.” His crime? Creating fake stamps to artfully critique the institutions that govern contemporary society by testing the limits of the United States Postal Service in the process. For years the artist has been successfully sending letter after letter to himself from all around the world, each one marked with one or more of his counterfeit, controversial stamps. For him, it was a form of political satire. For the Secret Service, it was a federal crime deserving of serious prison time.

The masterfully created, highly provocative parodies illustrate subjects like North Korea’s supreme leader in makeup, titled “Kim Jung-Un: Pretty Boy,” “Bring The Head of D. Rump,” which puts a five-million-dollar bounty on Donald Trump’s head, “Bill’s Little Black Book,” showing Hillary Clinton surrounded by women her husband has been romantically involved with, and the infamous skull and crossbones on bright colored backgrounds, “Anthrax,” which stirred chaos at the Chicago post office in 2001. From David Bowie’s iconic red-and-blue lightning bolt face to a bunch of larger-than-life buttplugs standing tall before the United States Senate office, the exhibition pairs the stamp sheets with the actual envelopes he used for mailing them. For an Art Institute of Chicago stamp he uses a vintage envelope from the museum, for one illustrating a naked woman—face and breasts censored with black tape—on a bed covered with the American flag he chooses an envelope from the National Coalition Against Censorship and for the Clinton stamps he goes with an envelope from Hillary’s current presidential campaign.

Religion, sex, politics and culture—nothing is off limits for Hernandez de Luna. Subverting a quotidienne cultural icon to challenge the status quo with satire and wit, he provides a thought-provoking experience—an alternative take on sticking it to the Man. (Vasia Rigou)

Through May 14 at Carl Hammer Gallery, 740 North Wells