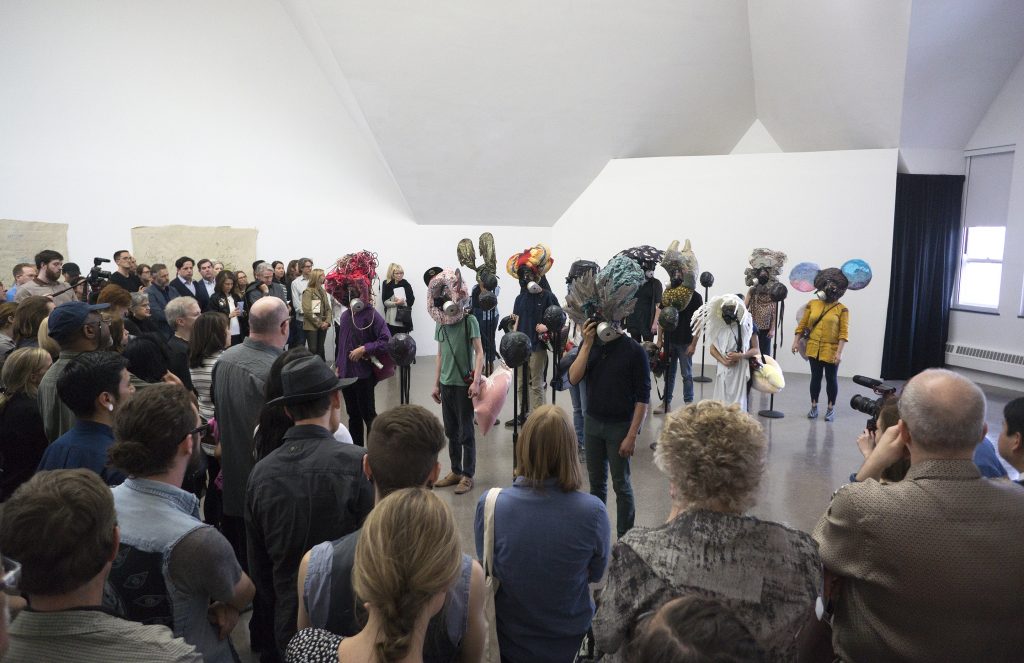 George Kubler, one of the most prominent historians of Mesoamerican art, has enjoyed something of a renaissance in recent years thanks largely to his methodological polemic “The Shape of Time.” Published in 1962, the book has been used to describe the sixties’ obsessive imagining of new futurities (see Pamela Lee’s “Chronophobia”) as well as to rethink art’s relation to time more broadly. This group show collects five artists under the sign of Kubler’s thought, taking its title from one of his characteristically pithy turns of phrase, his invocation of an instant between a watch’s ticks, “a void interval slipping through time.” Interpreting this metaphor as an injunction to doubt, curator (and executive director of the Renaissance Society) Solveig Øvstebø presents five quite different bodies of work as emblematic of doubt’s praxis.

Falke Pisano and Martha Wilson respond most clearly to the show’s mandate. Pisano’s video piece uses long conversations with scholars working in ethnomathematics to query received notions of communication and abstraction. Wilson’s photographs draw on the visual language of taxonomy and classification to interrogate presentations of gender identity. Her portfolios from the seventies usefully anchor the show in an historical genealogy. They’re especially relevant now, in a time when the contours of bodily expression are policed with a renewed vigor. 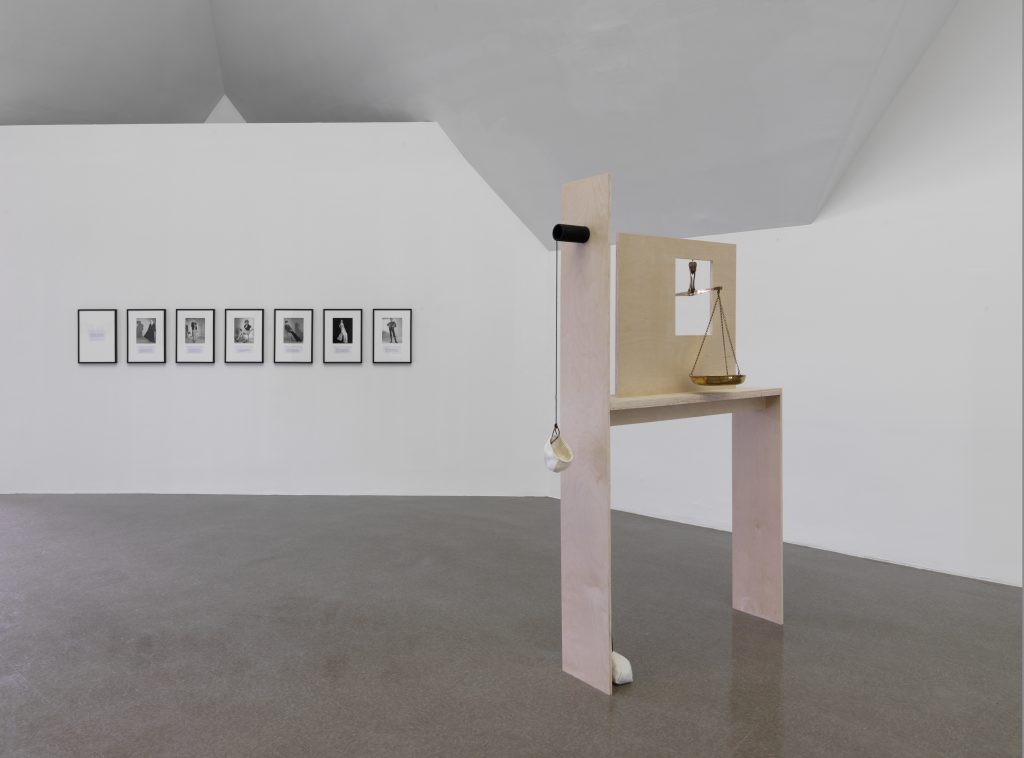 Installation view of “Between the Ticks of the Watch” at the Renaissance Society, Spring 2016 /Photo: Tom Van Eynde

Øvstebø is to be commended for crafting a theoretically ambitious show. Chicago needs more rigorous contemporary curating and, after a series of intellectually flaccid exhibitions at the Museum of Contemporary Art—David Bowie, Kathryn Andrews, Surrealism— “Between the Ticks of the Watch” is a welcome provocation. However the ambition’s promise seems, to this reviewer, only partially realized. While Kevin Beasley’s sculpted caricatures of policing equipment are at once intriguing and ominous, it’s unclear how they square with either Kubler’s thought or Wilson’s photographs. Goutam Ghosh does poorly what Arthur Dove and Cy Twombly did well in terms of both measurement and paint. I found myself thinking longer with Pisano and Wilson, reflecting on the uneasy relationship between art, time and objecthood. (Luke A. Fidler)

Through June 26 at the Renaissance Society, 5811 South Ellis