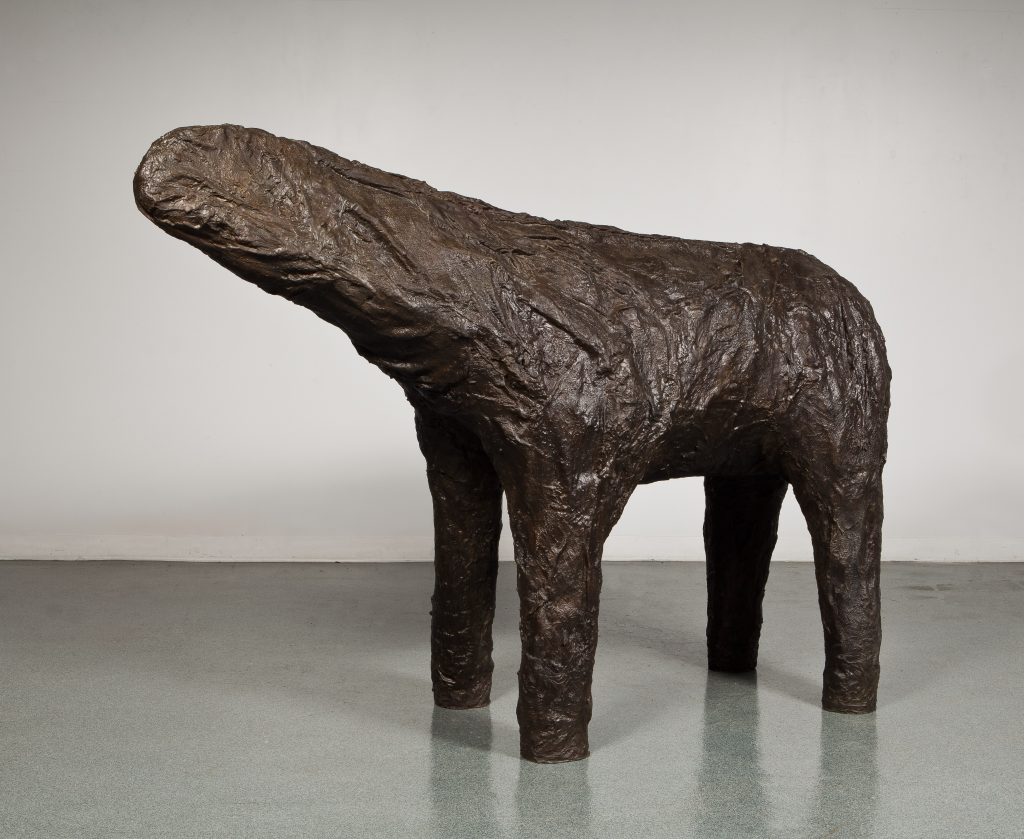 You’ve seen her work. She made that group of a hundred headless iron giants on the south edge of Grant Park, called “Agora” (2006). The Warsaw-based Abakanowicz (born 1930) is recognized internationally as an important postwar figural sculptor. She has a special relationship to Chicago, too, not just because of its enormous Polish population, but because her first North American retrospective was at the Museum of Contemporary Art in 1982.

Educated in the atmosphere of Soviet suspicion toward modernism and personal expression, Abakanowicz—when free to make what she wanted—turned to the figure and existential themes. Her art is theatrical and haunted with social and political anxieties. Although introverted by nature, she nevertheless makes bold statements about human relations. “My work comes from the experience of crowds, injustice and aggression,” she says. The surfaces of her pieces—even the early figures of shaped resin-soaked burlap—reveal her hand, exuding an Eastern Bloc coarseness. She likens their texture to tree bark, animal fur or a wrinkled face. Abakanowicz began her artistic life studying textiles and the impress of burlap is evident in nearly all her works. It was plentiful and cheap in Poland and could be manipulated in private.

For the most part, her figures are headless and sexless; they are without identity. Their feet are enlarged—they must function as bases, after all—and are intriguingly detailed with articulated toes. Significantly, her figures are not made in the round but are concave, representing only the fronts of bodies. This gives them a mask-like equivocality and more explicitly displays their own manufacture. “Mutant” (2000) is a large bronze quadruped of indeterminate species, made more unsettling by its generalized, phallic head. Also, look for the diminutive figure jauntily perched atop a column with an enigmatic face.

Experiencing these works in person, indoors, reveals nuances imperceptible in Abakanowicz’s outdoor pieces. Her figures take on even more power within the confines of the handsome Richard Gray Gallery. Altogether, the artist has transformed her agoraphobia into powerful meditations about the relationship between the body and nature, the individual and the community and the citizen and the system. (Mark Pohlad)