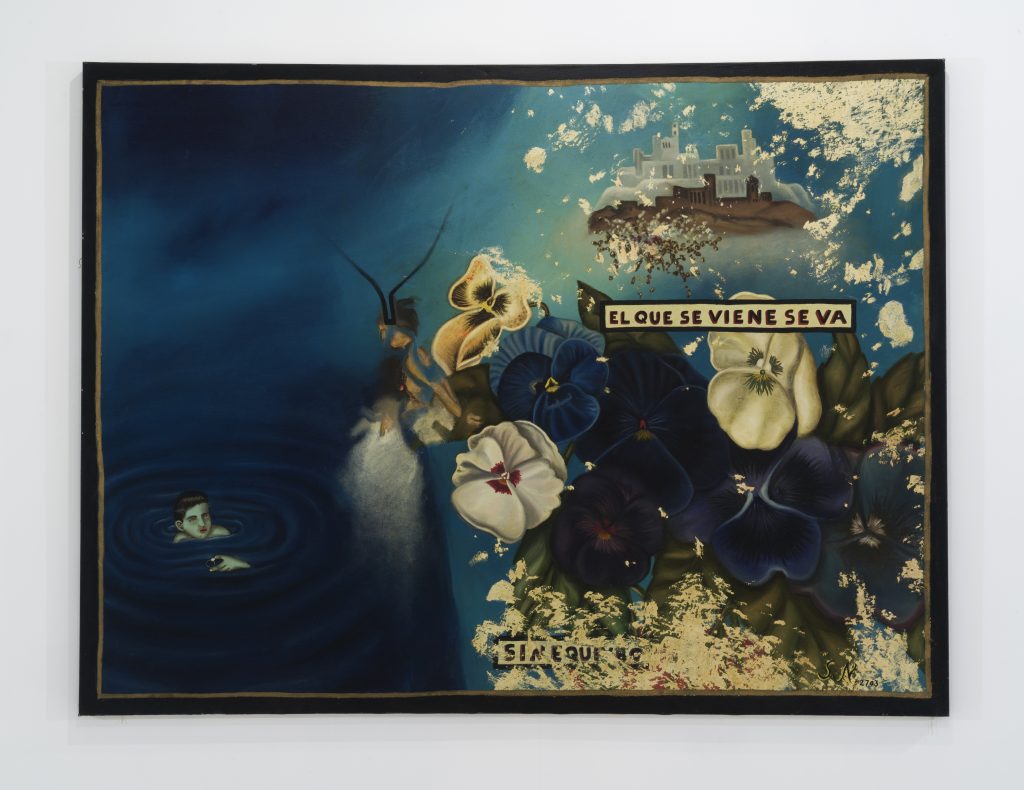 Traditional masculinity was problematic for these two Mexican painters. Julio Galán (1958-2006) appears to have fled from it in these paintings that date from 1984 to 1991. Born to a wealthy family in the mining country of northeast Mexico, his quirky style of self-referential surrealism, which appears not unlike Frida Kahlo’s, brought him into the circle of Andy Warhol. In his earliest piece, he portrays himself as a lonely boy with magical powers. In subsequent works, he floats a small, boyish self-portrait somewhere in the pictorial field. Eventually, the little face vanishes along with, perhaps, his painful self-awareness of a sexual identity that was more acceptable among artists in lower Manhattan than it was in rural Mexico. The final piece, titled “Thirty Three,” his age at the time, presents a dream-like, blurry vision of a remote castle amid hills, lakes and young flesh. He finally had something beautiful to share. 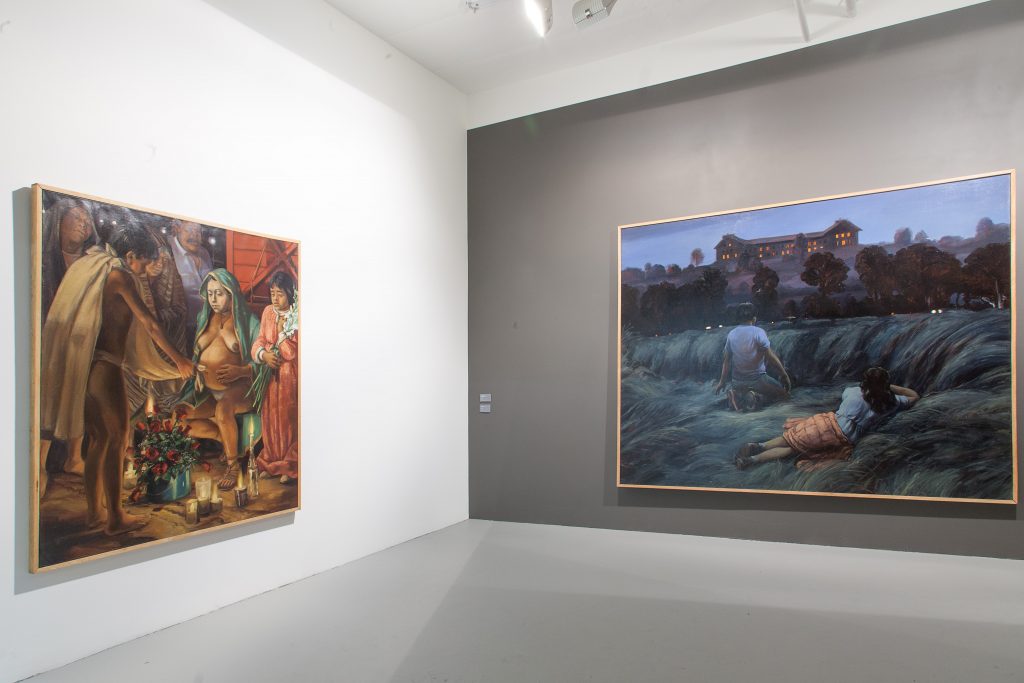 By contrast, Daniel Lezama (born 1968) appears uncomfortably stuck with traditional masculinity, as well as traditional pictorialism, in a body of work done about ten years later. He applied Baroque techniques to narratives about cultural and sexual identity, and whether intentional or not, something always feels wrong. When young people are shown contemplating their future, they do not appear especially hopeful. When young women are shown nude in the studio, it seems only for the leering eye of the artist, and when a pre-teen girl flaunts her emerging nubility, it’s also for a naked old man lurking behind her in the shadows. His depiction of the Virgin of Guadalupe is even more provocative. Rather than showing her as the Queen of Heaven, she appears as a pregnant, ordinary peasant woman. The Baroque painter, Caravaggio, also conflated the ordinary with the sacred, but his design sanctified natural detail. The redemption of the world was at stake. What was at stake for Lezama?

Only a few of these individual pieces can hold interest on their own, but taken as a group they tell a compelling story of spirituality, self-loathing and gender identity in late-twentieth-century Mexico. (Chris Miller)