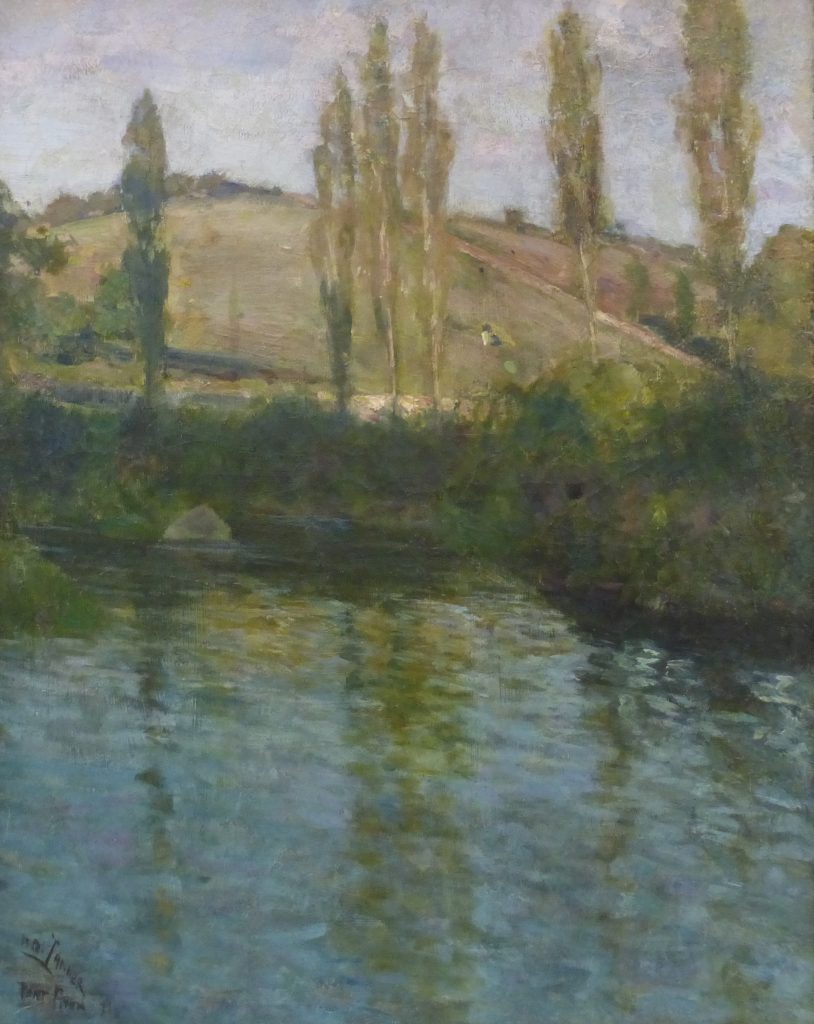 The “Korean Street Scene” (1956) in this exhibition demonstrates exactly why the DuSable Museum is indispensable. Nothing is known about the artist other than his name, Alfred E. Jackson Junior. When was he born? Is he still alive? All we know is that this work was included in a 1970 DuSable exhibition of “Contemporary Black Artists of Chicago.” Without that exhibit and this one, it might never have been seen. Yet it is exemplary, not only for traditional skills in figure drawing and pictorial space, but also for establishing a powerful theme: the stranger in a strange land. The painting has such a strong sense of time, place and personal identity that it must have been based on personal experience. Perhaps the artist was a serviceman stationed overseas. Yet its combination of acute observation, self-awareness and painful alienation might well apply to many African-Americans in their own country, especially in the decades before civil rights. 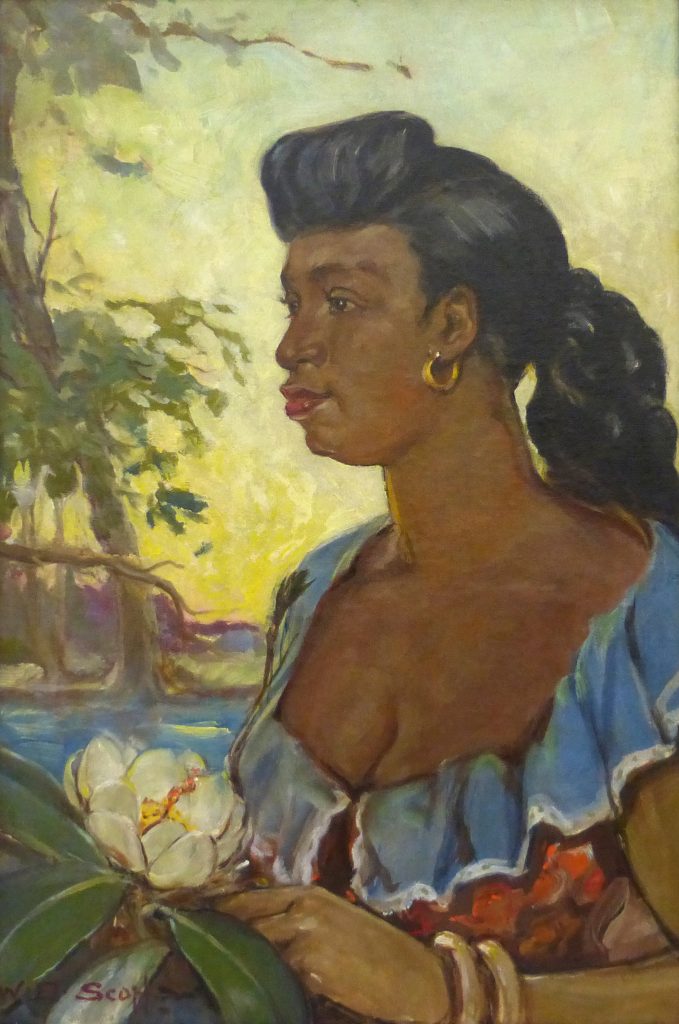 A dark lyricism runs throughout the exhibition. Two of the artists are commonly found in major museums. It’s surprising that Archibald Motley’s hectic and sad “Christmas Eve,” on view here, was not included in his recent retrospective at the Cultural Center. There is desperate piety in Henry Ossawa Tanner’s small study for “The Thankful Poor.” More exciting is the discovery of lesser-known artists. William McBride pays tribute to Robert S. Abbott, the founder of the Chicago Defender, with the whimsical kind of cubism with which Marc Chagall depicted pious Jews. It’s as if the fresh white newsprint in Abbott’s hands is about to take flight. Leona Franklin’s “Tar Pit” might appear to be the banal landscape of a Sunday painter until you notice the oil rigs in the background, the black globs on the riverbank and the contrasting areas of saccharine Americana and despair.

It’s only fourteen paintings, but hopefully this exhibit signals the DuSable’s renewed commitment to visual art, especially by local artists who may or may not have art world credentials. (Chris Miller)