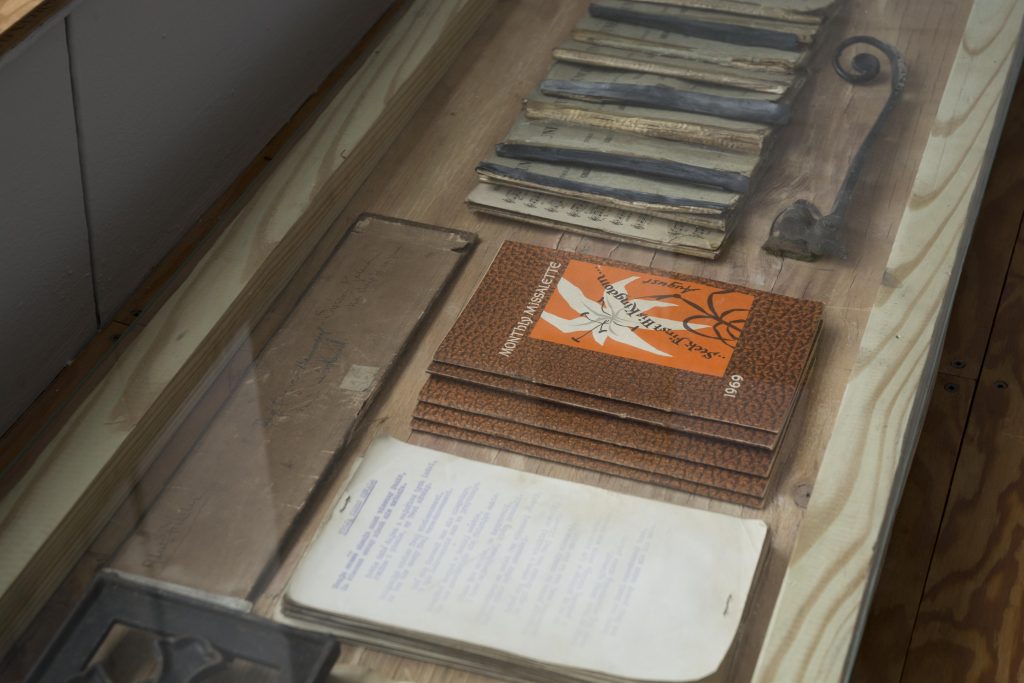 A time capsule contains artifacts of the present archived for future societies. This exhibition asks: What will future generations understand of the way in which we think of present socio-political, physical, virtual and visual landscapes?

Derrida writes in “Archive Fever” that the archive is the “gathering together of signs” and delivering them to the future. Inspired by Philadelphia’s World’s Fair of 1876 and led by Jessica Cochran and the graduate student curators of the School of the Art Institute of Chicago’s Spring 2016 Curatorial Practices course, “Century Safe” considers the future legacies of objects that we presently hold dear.

Risa Recio’s “Untitled (Notes for A Swim)” features hand-annotated maps of future swims on the shore of Lake Michigan in Chicago and in her home city of Tacloban, Philippines. The swimmer’s patterns emphasize the coastline’s edge and invite speculation of how forces such as climate change and redevelopment projects will change Earth’s topography. Across the gallery, visitors to Ben Grosser’s “Tracing You” website will see their IP addresses matched to images of their approximate location from Google Street View and other online sources. The photographs reveal how current imaging technology route users’ interactions into digital forms in an ever-shifting industrial, socio-economic and environmental terrain.

Chicago’s fraught architectural history is evidenced in Stella Brown’s “Own A Piece of Chicago’s Lost History,” a sculptural installation which features shrink-wrapped cement and debris collected from demolition sites in 2016 along with free-standing placards specifying the locations where they were retrieved. They include the infamous Cabrini-Green housing project, the 2011 demolishing of which displaced thousands of people and disrupted a community. A city’s form and history is shaped by the people that inhabit it, not just by architects, politicians and urban planners. Elizabeth Housewright’s “Libera Me Domine, Hymnals and remnants from St. Adalbert’s Cathedral in Pilsen” corroborates this. The cathedral is the third Polish parish in Chicago, established in 1875, which serves the Polish and Mexican American population of Pilsen. 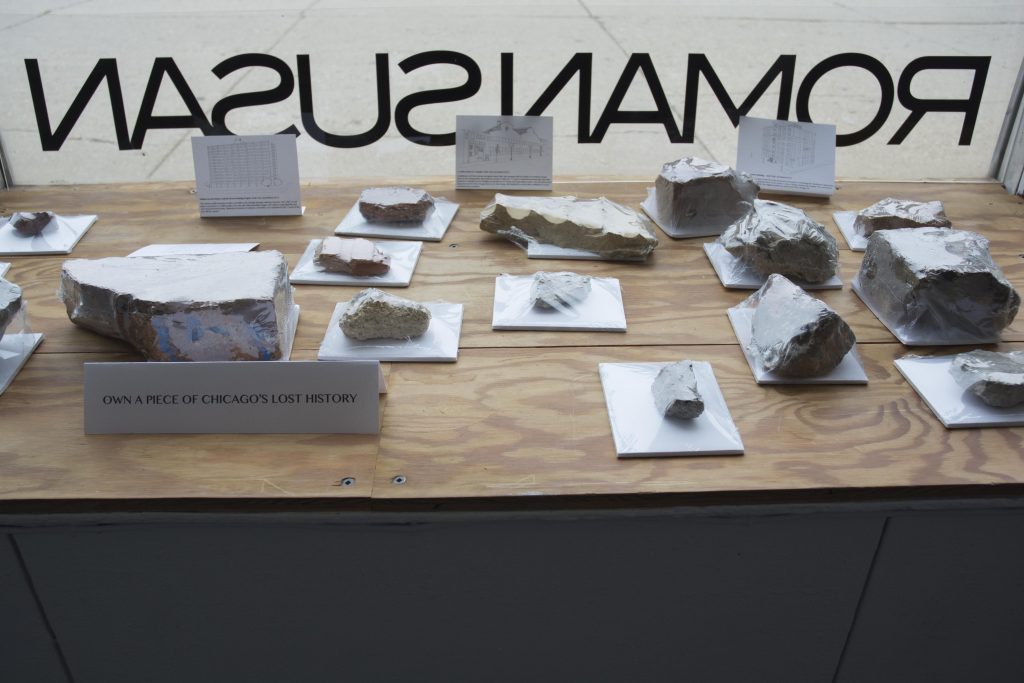 As potential relics, monuments and icons, these are material testimonials of the present with an eye for the future, demonstrating that our existence is a constant negotiation between circumstance, communities, localities and the ideas that guide them. (Hiba Ali)