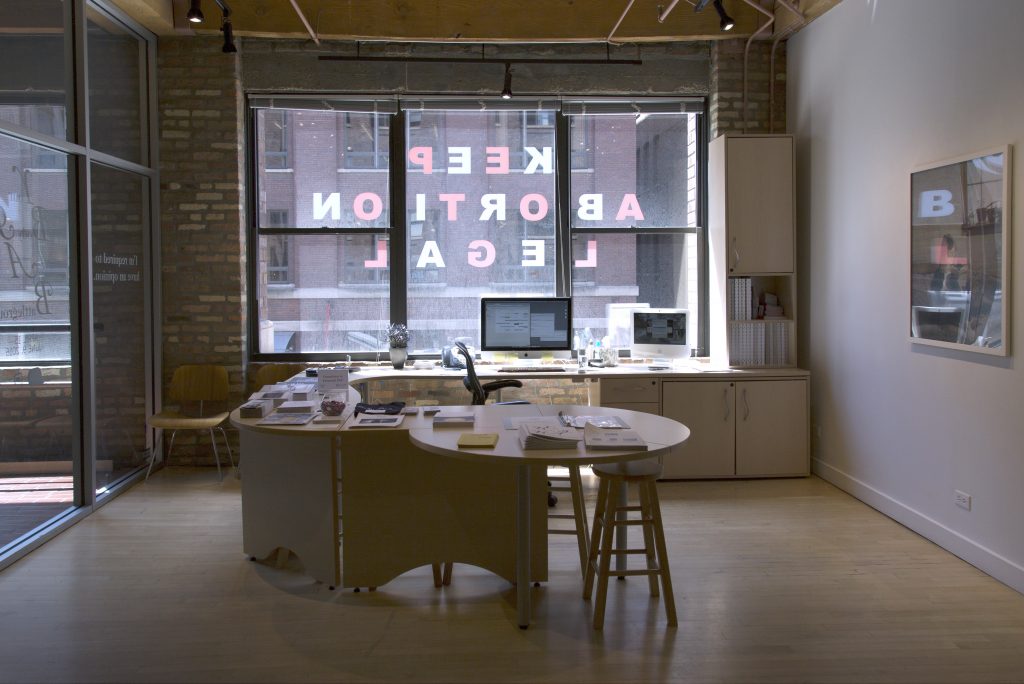 The ongoing war on women’s reproductive rights is absurd and ugly, but many of the artists in this thirty-two-person show are fighting back with wit, humor and unabashed assertions that the personal is political. This exhibition takes its name from an artwork that Barbara Kruger produced in 1989 for the “Mobilize for Women’s Lives” march on Washington. Here, the “body” being defended and explored through a range of media is interpreted through self-portraiture, reimagined domestic materials, technology and language that echoes Kruger’s earlier words, yet remains fresh and urgent. 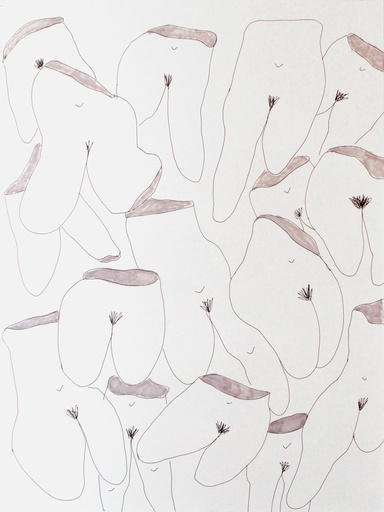 Partnering with Personal PAC—an Illinois-based, nonpartisan political committee fighting to protect reproductive rights—Weinberg/Newton Gallery has boldly taken a political stance. Aleksandra Mir’s large stenciled words read “KEEP ABORTION LEGAL” on the gallery’s front window. Visible from the street, the simplicity and positioning of the statement is exceptionally effective, asserting the gallery as a site of protest.

Similar statements thread through the exhibition with powerful frankness. Adhered to a door in the gallery, Kelly Lloyd’s vinyl lettering reads “I’m required to have an opinion.” Suspended in ambiguity, the statement asks us to consider questions of power and agency. Hope Esser’s line drawing “Crotches,” through its relaxed title and casual display of female lower bodies, could be read as a clever means of subverting the hysteria that saturates the war on reproductive rights. Male politicians blanching at the word “vagina” comes to mind. 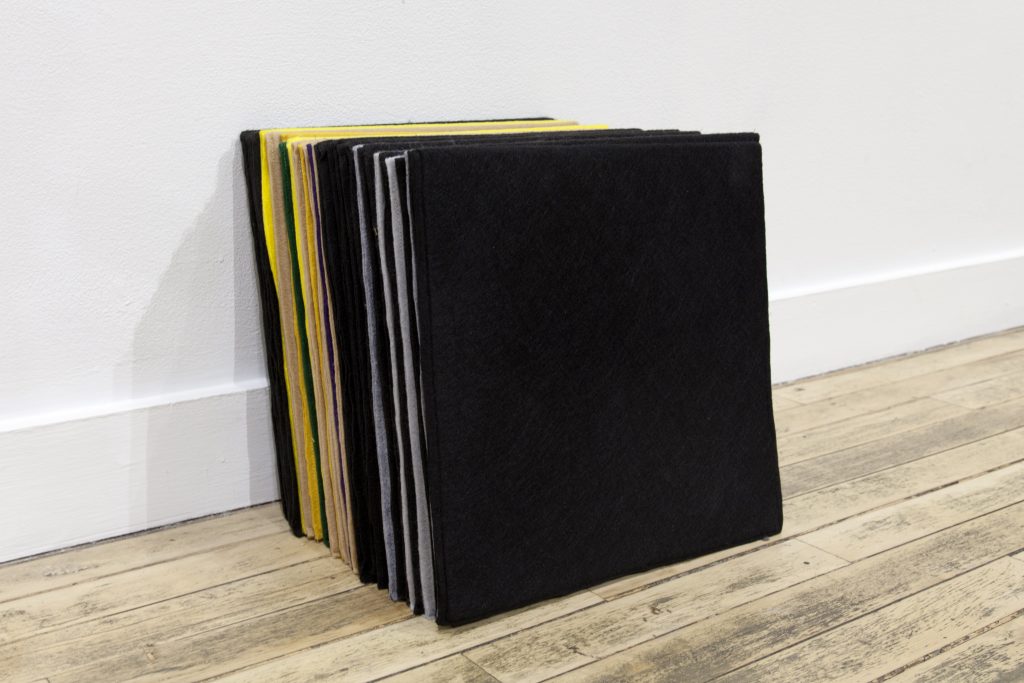 Though alluding to the act of being silenced, Jennifer Reeder’s “HOW WE COPE WITH THE AFTERMATH: 75 speeches by women on vinyl covered in felt,” speaks volumes. By encasing the LPs in fabric, silencing their contents, Reeder’s installation makes the historical muffling of women’s voices visible and tangible—a reclamation of space. In this exhibition, these moments of tension ask larger questions about autonomy, power, freedom and choice. (Elizabeth Lalley)