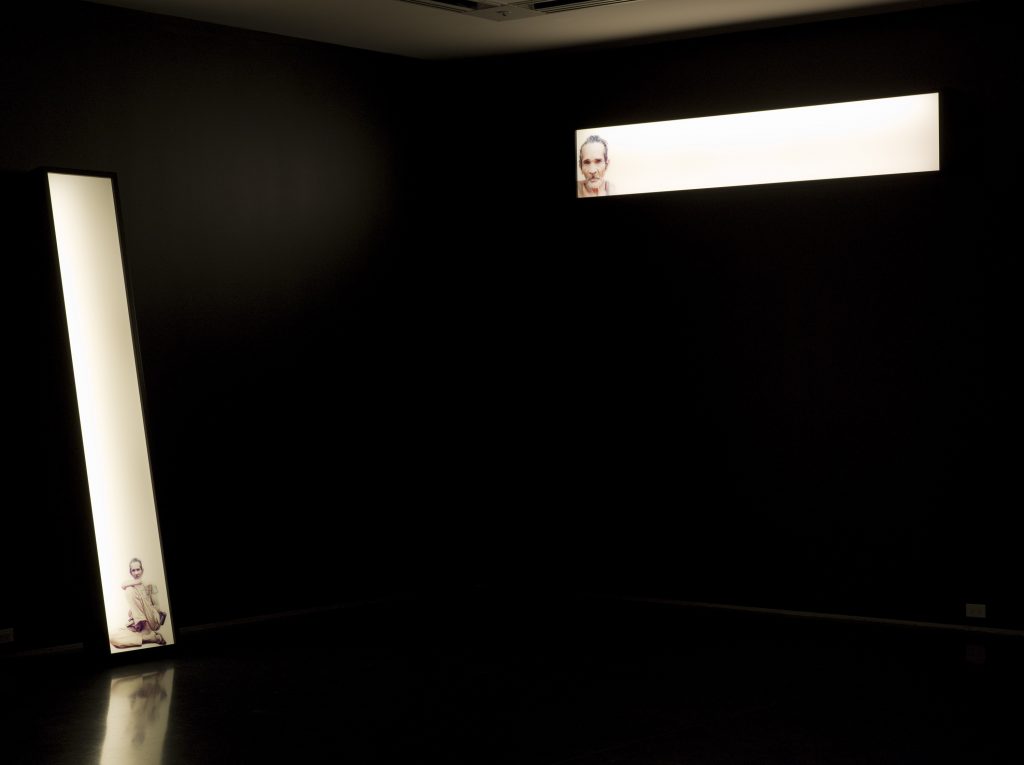 Is there a clever conceptual conceit in an exhibition that aims to present works which “challenge traditional ideas—as well as viewer expectations—about the display of art” and then proceeds to not really do too much of either of those things? It seems to be a conceptual failure, a deep and abiding one in a show that, while enjoyable, is rife with them.

While many of the works on display in “Above, Before & After” range from perfectly fine to pretty fucking good, precious few truly haul themselves down off the white walls and attempt to challenge anyone and the ones that do find their efforts undercut by the display itself. Most obviously wounded are the Alexander Calder sculptures, a whimsical menagerie of shapes and steel wire arranged with the artist’s trademark levity and lightness, but lacking in all of the motion, the very thing which made them the convention-tweaking icons they are supposed to be. Tucked away with little air flow, they move ever-so-slowly, if at all. It is like looking in a friend’s open casket. John McCracken’s “Untitled,” massive and flat, fares better, its cowboy lean and spit-clean surface, burnished of all brushstrokes, ably playing with conceptions of painting, sculpture and display. Alfredo Jaar’s “Cries and Whispers” are their own worst enemy, their meaning—drawing attention to the marginalized— is mitigated by Jaar’s ham fist that places the marginalized literally in the margins. Luckily, the glowing white hot operating room light, the brilliant blankness of heaven, reflecting off the rheumy eyes of the photographed Mexican immigrant, save the piece; no one could look into that man’s face, the only in the emptiness, and fail to be moved. 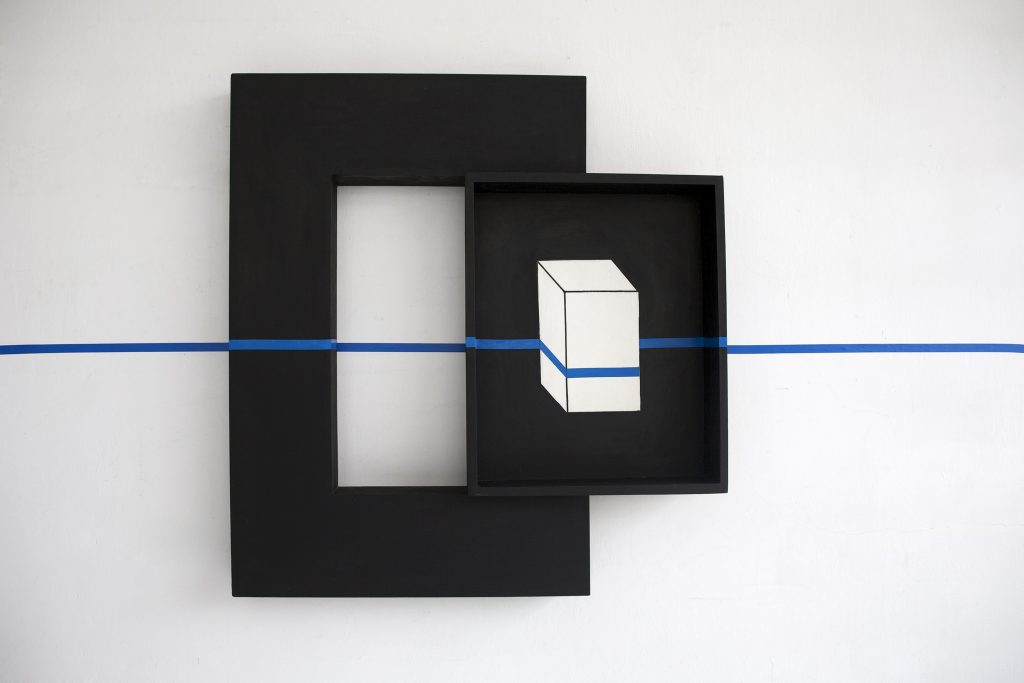 Edward Krasinski’s “Interwencja (Intervention)” best exemplifies—as long as the Calders aren’t moving—the show. The blue masking tape extending from “Interwencja” along the wall draws the abstraction, ever so gently, into our real world, a thin blue line carrying all the heavy questions “Above, Before & After” wishes to entertain. (B. David Zarley)