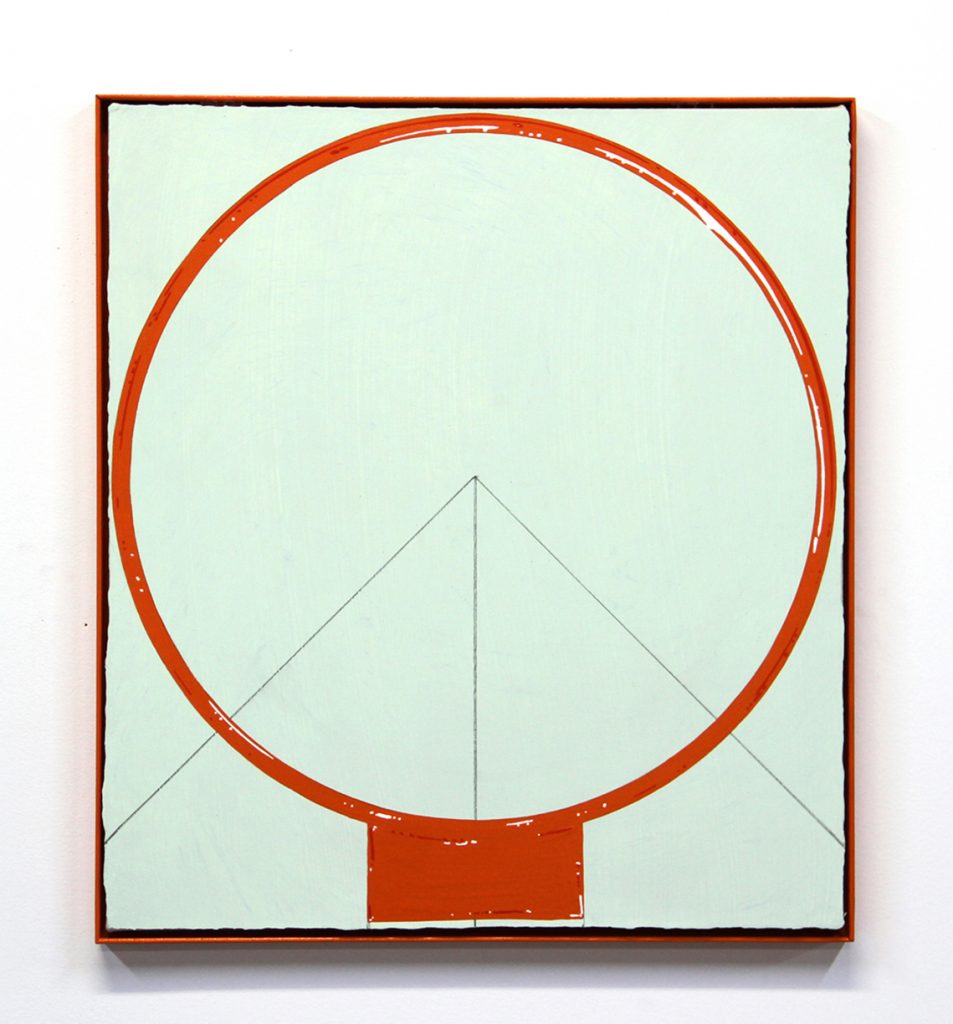 Despite aspirations to formal purity (usually accompanied by super-charged, esoteric rhetoric), one of the most curious aspects of so-called “non-objective” abstraction is its mundane recognizability. Grids become windows, heroic brush strokes resemble slabs of bacon and delicate pours look like crumpled-up balls of old string. Although its viral cynicism has corrupted much of the art world’s remaining healthy tissue, over past decades Pop Art, and painter Roy Lichtenstein in particular, masterfully exploited this visual paradox in campy critiques of the genre.

So when the text that describes Chicago artist Boyang Hou’s stack of screenprinted pizza boxes and twenty-nine repetitive depictions of orange basketball hoops describes examining “liminal transition and meditative iteration” as well as the fetishization of painting’s component parts, I can only conclude that I am knee-deep in the presence of twenty-first century Pop-Art-fueled irony.

While last century’s Pop frequently appropriated the visual forms of abstraction, its self-conscious anti-intellectual intellectualism fastidiously avoided the aggrandizing discourse that accompanied it. All of which makes Hou’s “T.V. Buddha” —the exhibition title references Nam June Paik’s 1974 work of the same name—all the more perplexing. 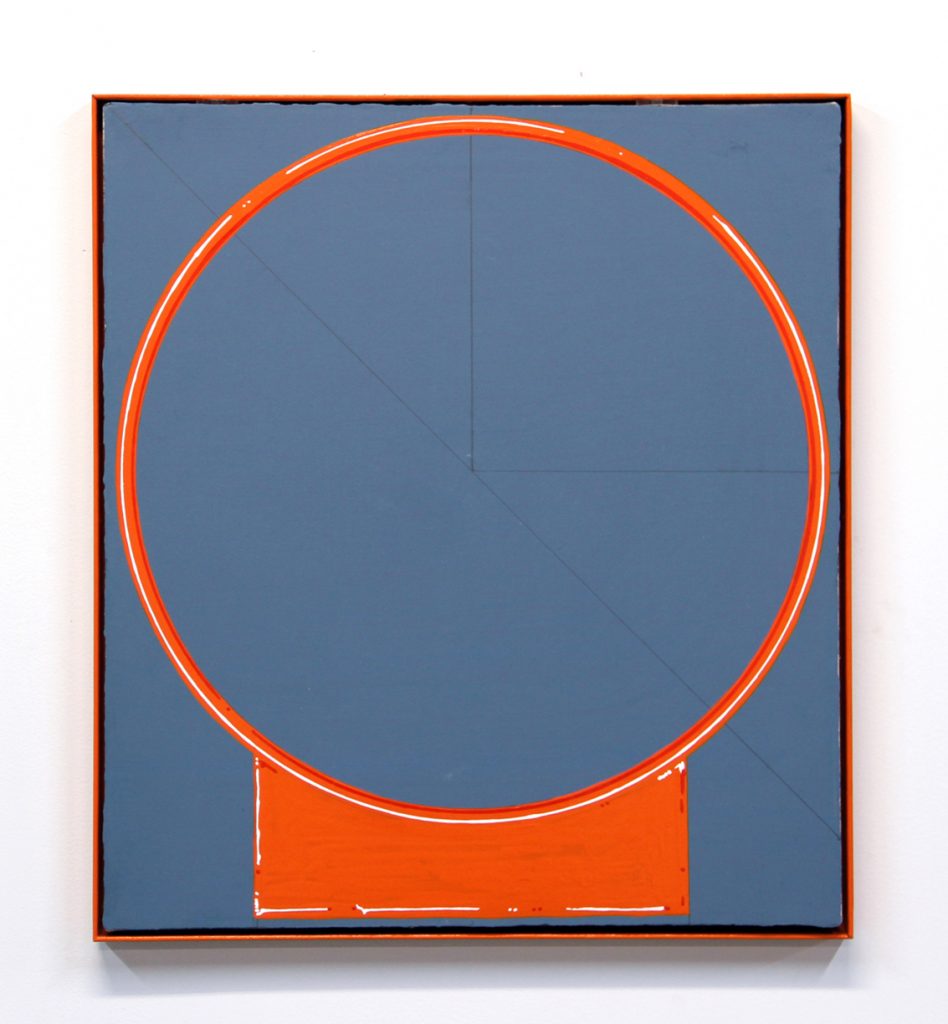 The rhetoric that circumscribes the show expresses all the signs and signifiers of the professionalized art product manufactured in MFA programs across the nation, and yet the work is palpably urban working class in its subject matter: Pizza and Basketball, “real” America.

Whether the task is painting or shooting baskets, each subtly hued piece—all titled “Practice Makes Perfect”—evinces effort aimed toward improvement by repetition—repetition being another of Pop’s ubiquitous tools of the trade. Within the circumference of each enamel hoop, a series of intersecting graphite lines seems to suggest the angle of a shot from the three-point line.

For a moment the combination works remarkably well and the initial impact of the exhibition is pulse quickening. But by “Practice Makes Perfect # 47” the structure, like a crying Michael Jordan meme, wears a little thin. Is “T.V. Buddha” an earnest evocation of one of the world’s best-loved sports? A joke about jokes? Both? Neither? As a fan of art and basketball, the ambiguity is frustrating, and unnecessary. (Alan Pocaro)