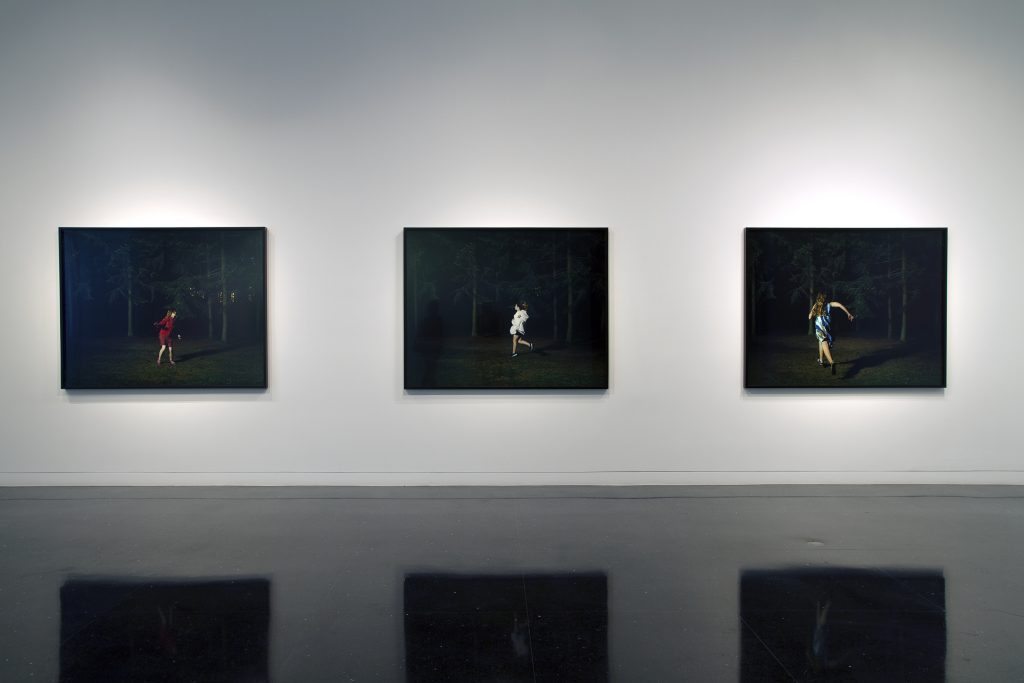 Sharon Lockhart, Installation view of “Rudzienko” at the Arts Club of Chicago, Spring 2016

Among the many remarkable things about Sharon Lockhart’s videos of adolescent Polish girls are that 1) they are not sentimental; 2) they are not boring; and 3) the children, residents of a Youth Centre for Socio-Therapy at Rudzienko near Warsaw, might be from Chicago.

The young women in Lockhart’s videos and four large-scale photographs never look into the lens; all their interactions are with each other. They are dressed as teens dress when they are unconcerned about who is watching them—mismatched and ill-fitting sweats, sneakers and socks—and they laugh and touch each other in the unselfconscious way adolescents do. In one sequence, two girls lie together on a pine-forest floor, one resting her head on the lap of the other as they talk.

These video projections mostly depict untended farms, fields, meadows and the edges of woods. One consists of a ruined building and two chatting girls seen through a window frame—I thought of the seventeenth-century genre paintings of Pieter de Hooch. The color is vivid: green and brown fields, violet flowers and blue skies. And the soundtrack is crackling: a bee whizzes past the camera, a flock of grackles caw in the distance, crickets, frogs and the squeal of rubber sneakers on a parquet floor as two girls slow-dance. There are lots of surprises: a dozen children hidden in tall grass suddenly leap up and dash toward the camera, two kids emerge from the cover of a lone tree at the intersection of a prairie trail. 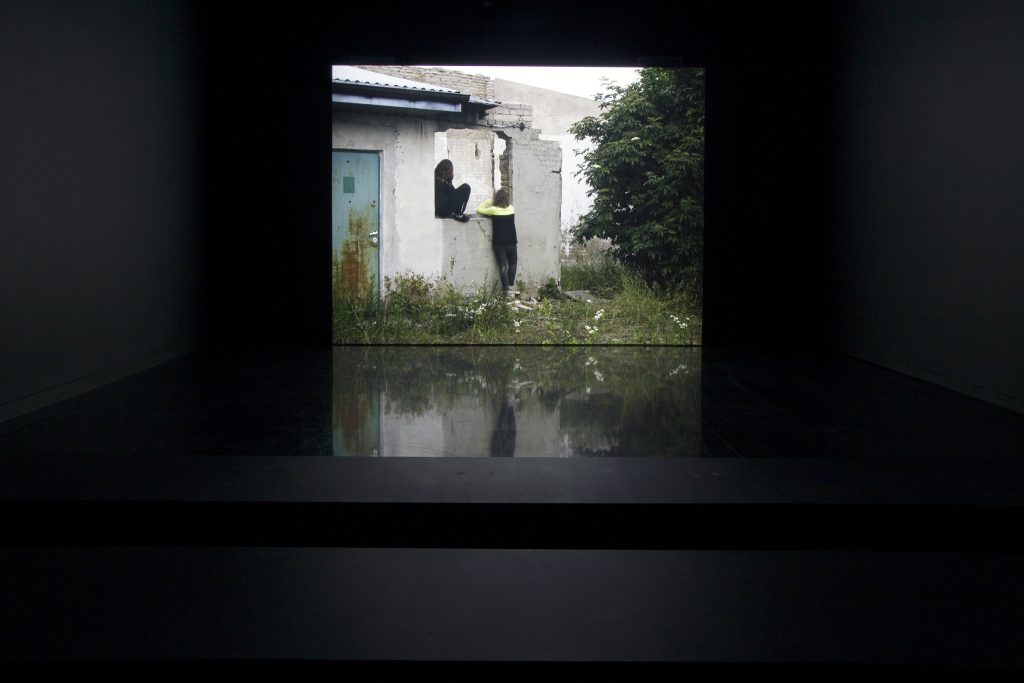 Sharon Lockhart, Installation view of “Rudzienko” at the Arts Club of Chicago, Spring 2016

A few of these videos are texts of conversations scrolling from top to bottom. My daughter and her friends must have said many of the same things when they were sixteen: about belonging, bullying, sexual assault, drugs, self-harm, absent parents, self-image, loneliness, fear of abandonment. Let’s be clear: There is nothing about adolescence that makes these subjects inevitable. (Margaret Mead proved that almost ninety years ago.) What is it about capitalist culture, whether in the United States or Poland, that is so deeply destructive of adolescent self-worth? Sharon Lockhart raises the question, vividly. (Stephen F. Eisenman)

Through August 13 at The Arts Club of Chicago, 201 East Ontario