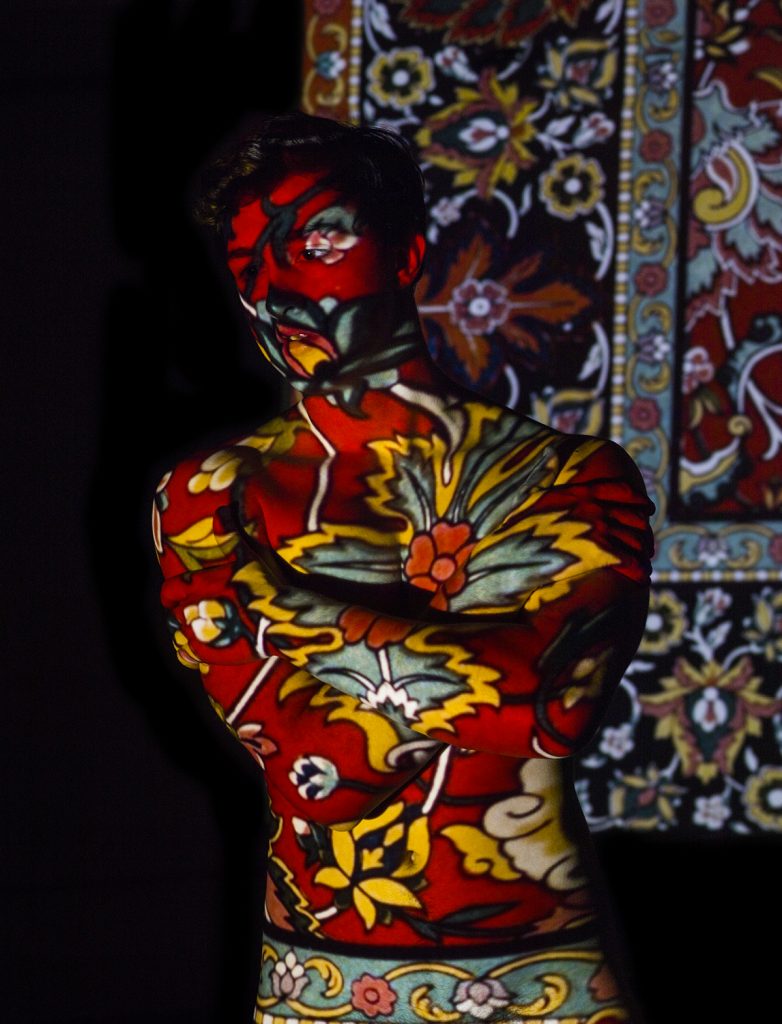 Rebranding can benefit cultural and business institutions alike, but when a country reinvents itself, identity groups within the nation risk erasure. Sarp Kerem Yavuz’s photographs investigate these shifts, appropriating visual motifs from brochures produced by the Turkish Ministry of Culture and Tourism and projecting them on human bodies. This gesture represents a direct challenge to prevailing Turkish norms about representing the human form, which stem from interpretations of Islam that taboo the figural representation of the Prophet Muhammad, and hence, human bodies in general. Taking a cue from traditions of Islamic art, the Ministry’s website and promotional materials that Yavuz has sampled favor geometric and fractal imagery over depictions of the human form. For a country that identifies as secular, the lack of individuals within these cultural materials suppresses representations of diversity and implies adherence to a set of religious beliefs not shared by everyone in the nation. 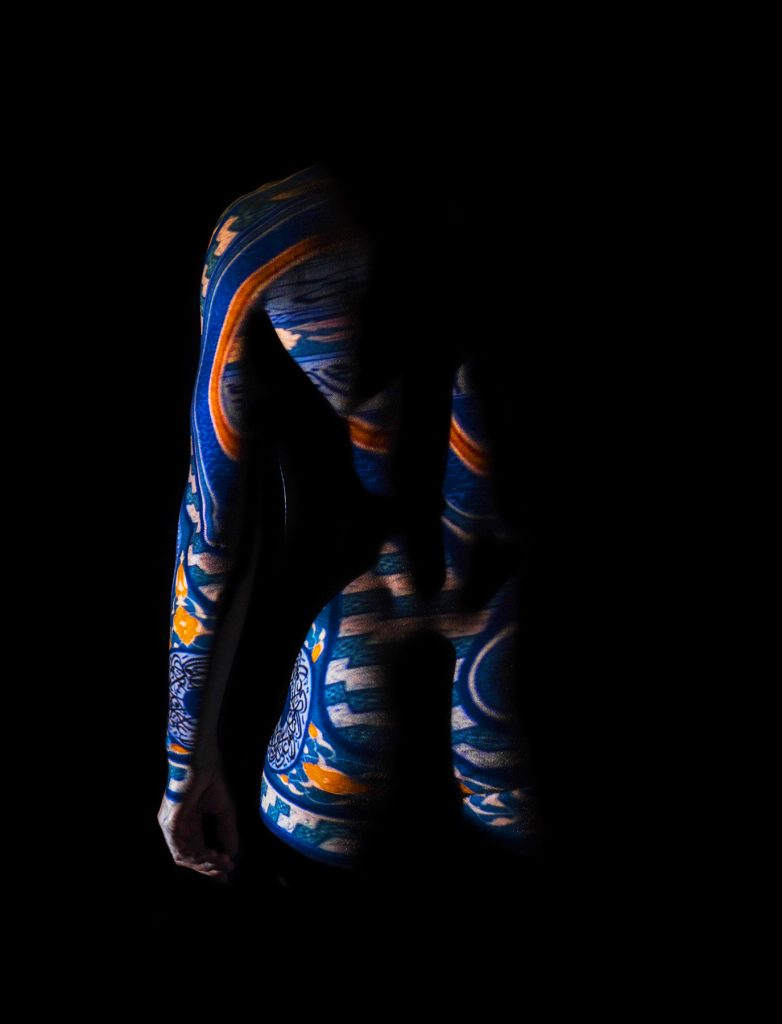 Sarp uses extreme light contrasts in his projections, appearing to cut off the model’s head, limbs or genitals as a commentary on this politicizing of religion. Using the same geometrical devices that the Ministry uses in place of humans, Sarp covers his models, who often pose in a pseudo-sexual fashion, upping the artist’s defiance of conservative Islamic culture. Upon first viewing of this work, the images appear as though they are photographs of intricately painted busts and torsos, but closer looking reveals goose bumps, hair and other intimate details of the model’s skin. Slightly larger than life-size, the incomplete yet lifelike nature of the figures creates a sense of urgency and confusion. “What do you want from me?” and “How can I help you?” they all seem to beg. Collectively, they are images of Turkey’s unknown future. Insha’allah President Erdogan and newly elected Prime Minister Binali Yildirim will veer away from their current path of surveillance, corruption and suppression of opposition parties, but with nearly 2,000 court cases against individuals alleged of insulting Erdogan and opposition newspapers shut down daily, it appears the arts might be the last place left to speak about such issues. (Laura Volkening)