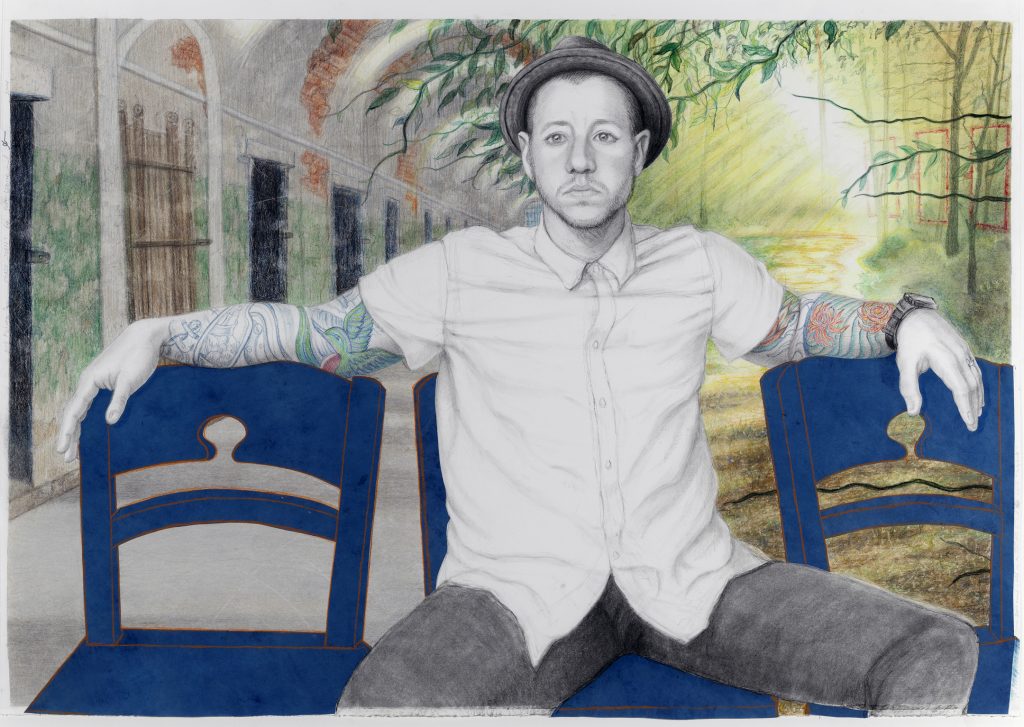 Since arriving in Chicago decades ago, Riva Lehrer’s vision has remained uncompromising, while not always popular. In her work, Lehrer transmits something singular but complex: She asks that we broaden our idea of what beauty means such that we might include that which we find threatening and foreign to our experience; that we embrace what might at first feel invasive by virtue of sheer presence, bodies and faces we do not understand because they are so different from our own.

Much of Lehrer’s work is concerned with the disregard and stigmatization of people with visible physical disabilities. Her subjects, like actor and performance artist Mat Fraser, born with thalidomide-induced Phocomelia, a severe malformation of the limbs, are rendered with stark familiarity and vitality, staring us down and insisting we take a long, slow look at what makes them different so that we may come to understand something far more important, how we are alike. We strive for the same acceptance and the same quality of love, though the rights we all desire are often denied those who fall outside norms. Lehrer’s portraits are clearly built from deep respect for her subjects and they are a clear indication of her love and commitment to each subject’s story. Dancer Alice Sheppard, who broadcasts sexuality, playfulness and strength in Lehrer’s portrait of her, is not confined to a wheelchair. She uses it as a tool, differently abled rather than disabled.

While some older portraits, such as Fraser’s, appear in Lehrer’s current show, a new body of work called “The Risk Pictures” is predominant. For these works, Lehrer invited models to sit for her, but in the midst of the process vacated the studio and encouraged her subjects to explore the space and investigate anything they like—from her underwear drawer to her refrigerator—and finally, to make marks on their own portraits. With all the tools of her studio at their disposal, Lehrer gave each subject free reign to do whatever they like in an attempt to break down the wall separating artist from subject. This series considers bodies like Sheppard’s, but also transgender subjects Finn Enke and Chase Joynt, both of whom responded differently to Lehrer’s invitation of interplay with the portrait. Enke, aspiring graphic novelist and professor of History, Gender and Women’s Studies, incorporated tiny caged monsters from an upcoming graphic novel perched or hanging from Enke’s body in the portrait. Joynt more timidly presented Lehrer with photos of backdrops to incorporate in the work. 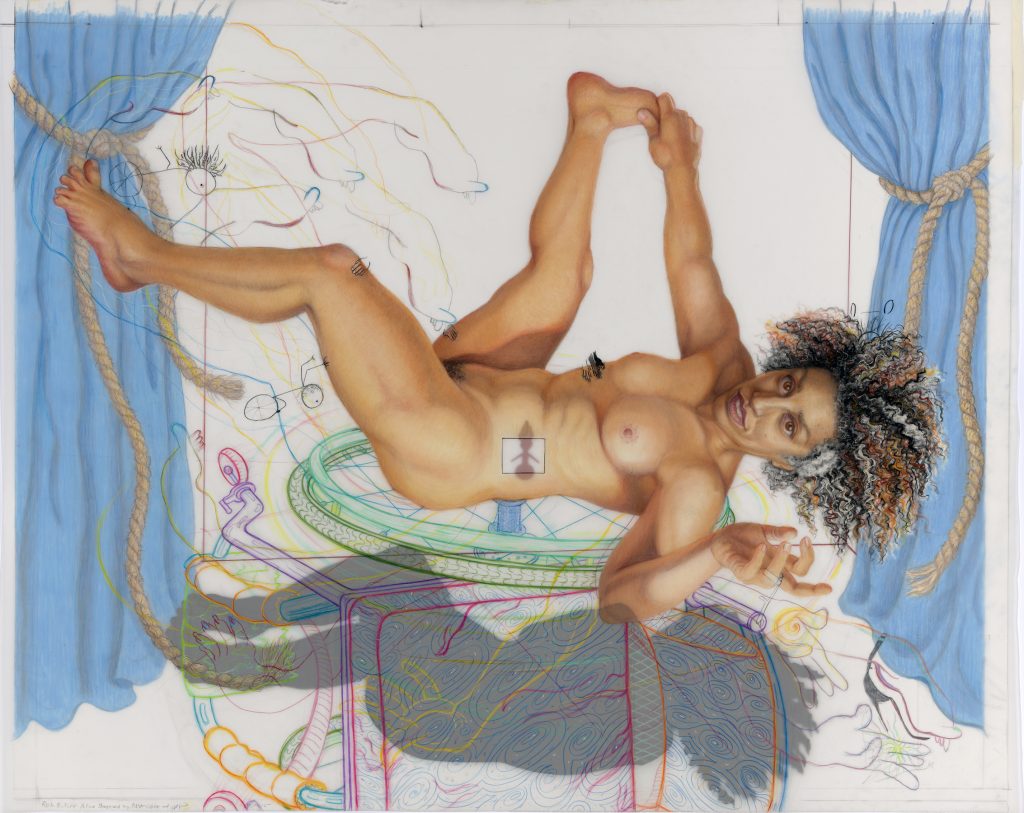 The ignorant hordes who are fighting against gender identity rights would benefit from seeing Lehrer’s portraits, displaying as they do such humanity and conveying strength and resolve in the set gazes of these two models, who also express fragility and undeniable evolution.

These portraits are statements of purpose for equality among humans, transcending gender and normative standards of beauty. Lehrer’s work deepens our understanding of the widely varied human condition with a mirror to our own honest faces, our thresholds and comfort levels, our prejudices and fears. Lehrer looks into this same mirror each day and never shrinks from the responsibility of portraying honesty, bravery incarnate and heroism. (Damien James)

Through July 2 at Printworks, 311 West Superior