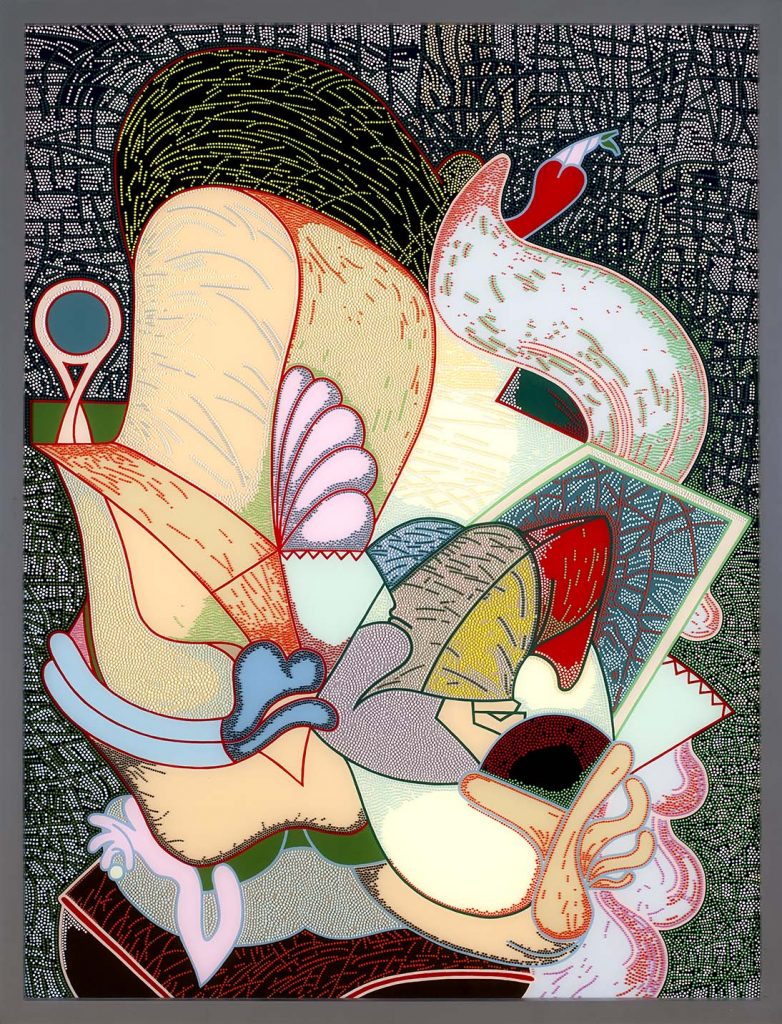 With the emergence of the Imagists, the early seventies was an exciting time in Chicago art, and in this show you can see its effect on one talented young MFA. In the late sixties, before she entered the scene, Barbara Rossi was making faint graphite and colored-pencil drawings, several of which are included here. Abstract and hallucinatory, they suggest the bizarre, luminescent creatures hidden in the deepest parts of the ocean. As if summoned from a great distance, they appear to have just barely emerged onto the surface of the paper. They are wacky, but shy.

When Rossi emerged in the Chicago art world of 1970, the attitude of her work changed dramatically. The Imagists were thumbing their noses at the art world and confronting viewers with playfully distorted human figures. Rossi began to exhibit with them and joined Karl Wirsum, Jim Nutt and Gladys Nilsson in reverse-painting on plexiglass, several examples of which are on view. On second or third viewing, her images may be recognizable as head-and-shoulder portraits (or “poor traits” as the curator has punned them). They recall Picasso’s surrealistic portraits of the neurotic women in his life, but they are not immediately recognizable as such. They approach, but never quite cross, the threshold of legibility. Like traditional Middle Eastern carpets, constituent motifs are seen as decorative long before any animal or plant can be identified and these are indeed remarkably decorative paintings. The arrangements feel fresh and spontaneous, yet obviously crafted with tedious precision. Rossi painted large areas of solid color within sinuous lines on the reverse side of plexiglass, and then enhanced them with tiny colored dots that carefully dance across the front. The results feel like a bundle of expensive costumes carelessly tossed into a pile—yet miraculously landing into a perfectly designed composition. A sense of humor and wonder precludes that sense of dismay that accompanies the judgments of character, intention and narrative that are inevitably summoned by distorted human figures. In them, you can feel the same rambunctious high spirits she shared with her peers. (Chris Miller)

Through August 21 at the DePaul Art Museum, 935 West Fullerton