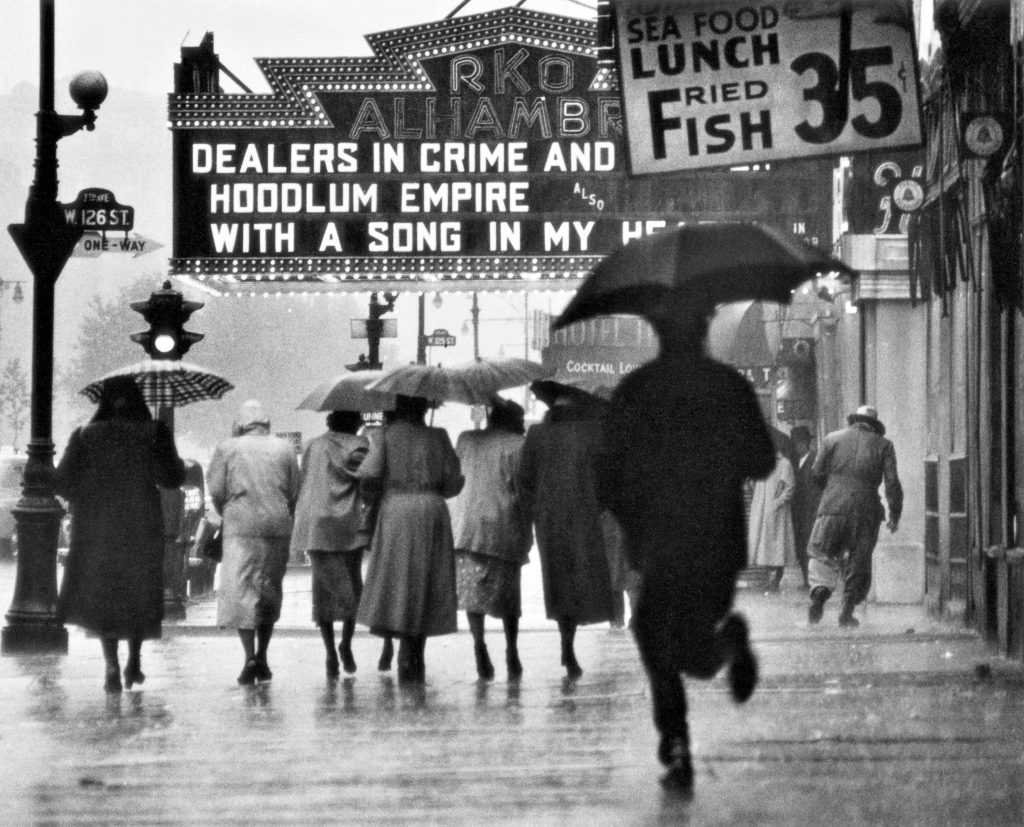 By 1948, both Gordon Parks and Ralph Ellison had chosen Harlem as their adoptive home. The men led parallel lives, honing their respective crafts while confronting the reality of black experience in “the very bowels of the city,” as Ellison put it. Central to this exhibition are two collaborations that sprung from their friendship, “Harlem Is Nowhere” in 1948 and “A Man Becomes Invisible” in 1952. The former grants audiences a glance at the post-Migration disillusionment of blacks in the segregated North. The collaboration, which takes its title from a commissioned essay by Ellison for “‘48: The Magazine of the Year,” unites Parks’ photography and Ellison’s text to illuminate widespread disenfranchisement and institutional neglect. Soon after commissioning the work, “‘48” filed for bankruptcy, resulting in a tumultuous legal battle and leaving behind a collaboration that was never published as intended. This exhibition provides a unique opportunity to examine its vestiges.

In “A Man Becomes Invisible,” excerpts from Ellison’s novel, “Invisible Man,” serve as the source material for a series of staged photographs published in Life magazine. In one, Ellison’s protagonist sits in his “hole in the ground” playing records against a backdrop of glowing filament lightbulbs. In another, he looks over his shoulder as he lifts the cover of a manhole above his head. The shadowy figure moves throughout the series, unsure if he, an entity rendered invisible by white supremacy, can be reconciled with the priorities of white American civility. And even if he can, the images and texts ask, should he be? 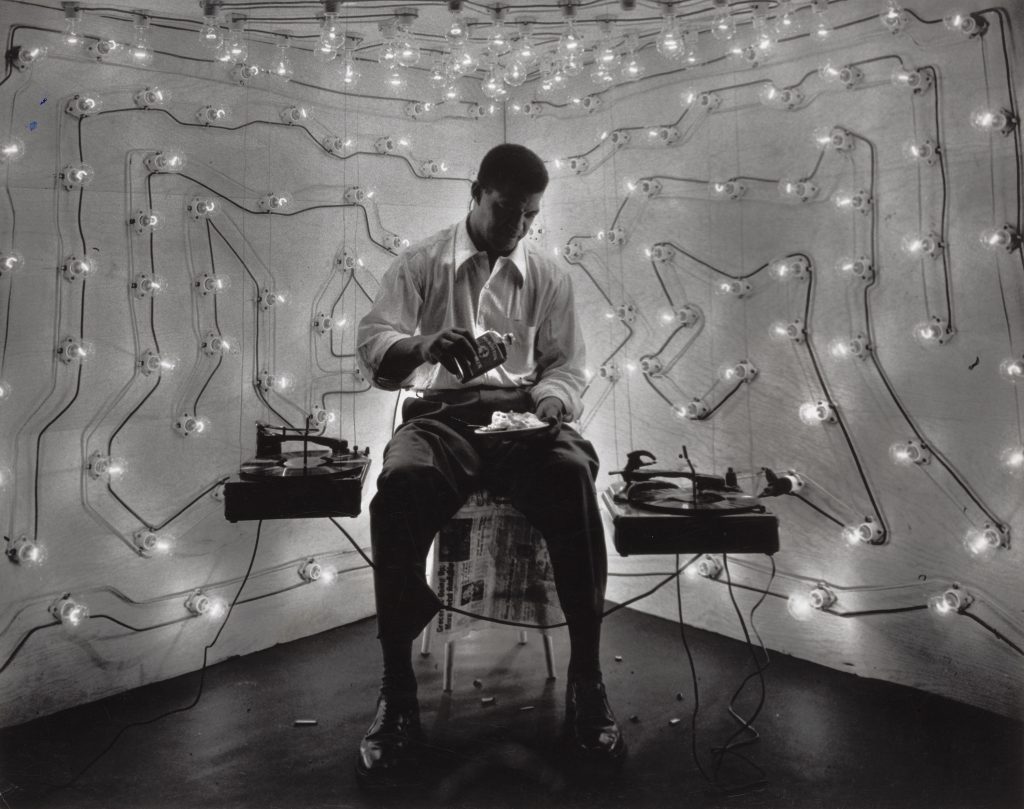 The exhibition is a tremendous opportunity to gain an understanding of the relationship between Parks and Ellison and it stands as part of a broader conversation occurring now throughout Chicago, a city where invisibility and access have shaped its very geography. The themes of visibility and representation also emerge in “Kerry James Marshall: Mastry” at the MCA, while Gallery 400’s “our duty to fight” more explicitly confronts institutionalized racism and the often hypervisible—or hypersurveilled—black body. “Invisible Man” is as much about legibility and the uses of representation as it is about a generative friendship. In that way, it moves the discussion forward. (Devin Malone)

Through August 28 at the Art Institute of Chicago, 111 South Michigan