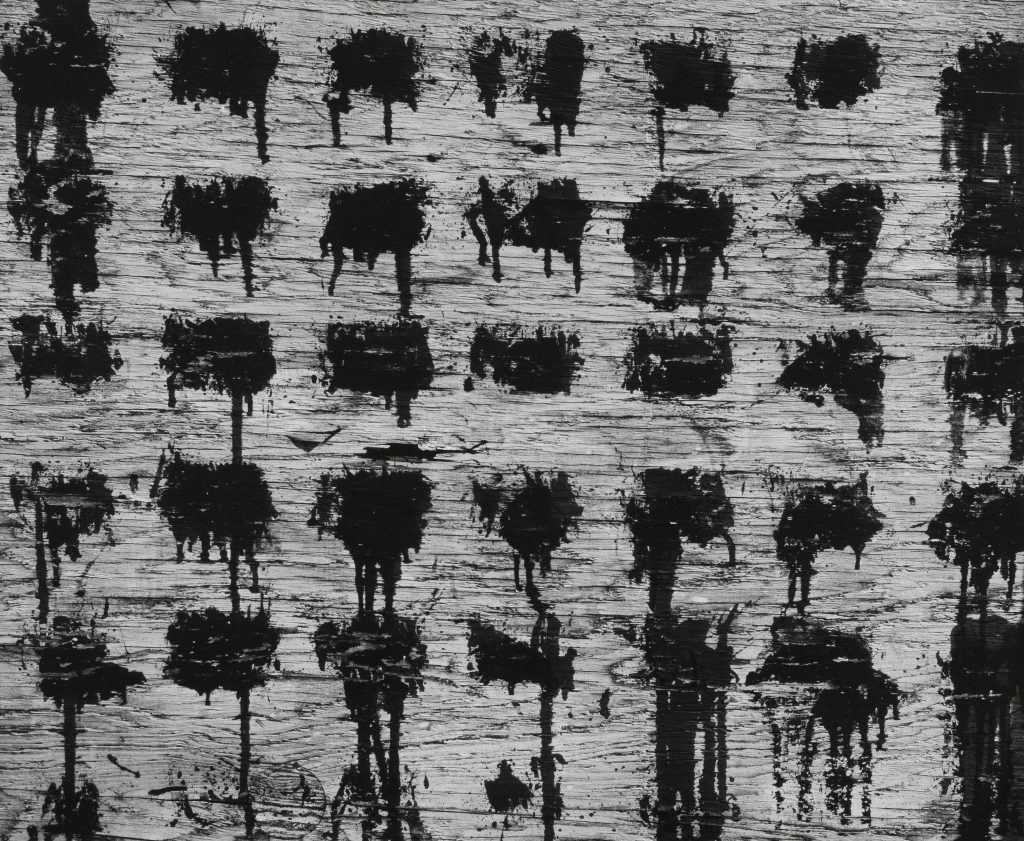 Don’t let their loveliness fool you. These pictures literally redefined what a photograph could be. The show highlights the Art Institute’s extensive holdings—some seventy-five photos are on display—and its early, enduring commitment to Siskind’s work. A dedicated teacher, he taught at Black Mountain College, Chicago’s IIT Institute of Design and later at the Rhode Island School of Design. He remained at IIT a full decade longer than his colleague, that quintessential Chicago photographer, Harry Callahan (who was actually from Detroit). It was under Siskind’s tutelage that the preservationist martyr Richard Nickel first became interested in Sullivan’s architecture. Indeed, many of Siskind’s own abstractions derive from the built environment. His work thus participates in the venerable twentieth-century tradition of photographing the grim beauty of city streets. Like any great picture-maker, he masterfully fills the rectangle of the frame with compelling shapes and compositions. Siskind’s famous series “Pleasures and Terrors of Levitation” is here; it shows airborne divers at a Chicago beach. Masterpieces of late Surrealism, Siskind transforms the bodies depicted in them into suspended, abstract sculptures. His earliest abstractions from the 1940s, made at Martha’s Vineyard and Gloucester, exude a wabi-like purity and lyricism.

In photographing found abstract designs, Siskind believed that the resulting image was no longer a transparent representation of something, but rather its own, autonomous art object. This approach aligned him with mid-century abstract painting. Accordingly, a large, striking Franz Kline canvas hangs in the exhibition, reminding viewers of Siskind’s aesthetic and personal links to the Abstract Expressionist painters. 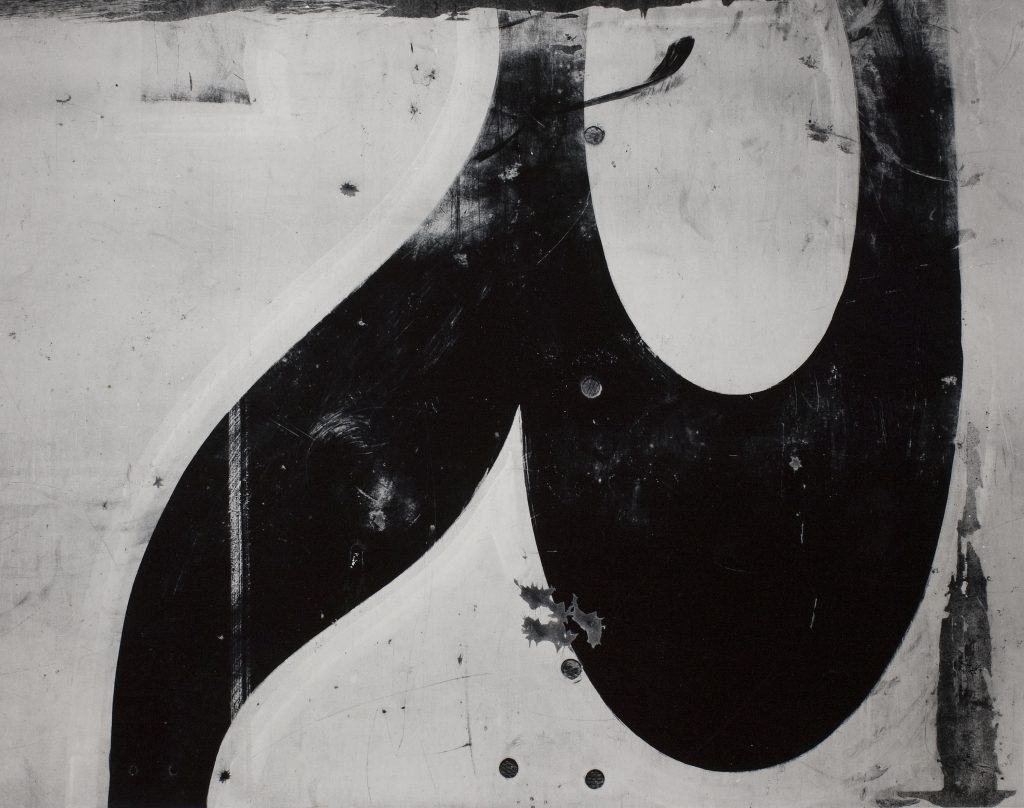 The titles of these photos are place names (“Peru,” “Kentucky,” “Bayonne,” etc.), as if to document his encounters with his subjects, and Siskind’s own pithy explanations are found on the individual object labels. As he was captivated by ruined signs and lettering, we are not surprised to learn that “Chicago 30” (1949) is actually the letter “R” on its side. Among the pictures of graffiti, one finds the words “I want a raise” in a Chicago photo. Siskind’s lean and scruffy abstractions make us think about creativity itself, both the artist’s and our own. As he once said, “There is only the drama of the objects, and you, watching.” (Mark Pohlad)

Through August 14 at the Art Institute of Chicago, 111 South Michigan