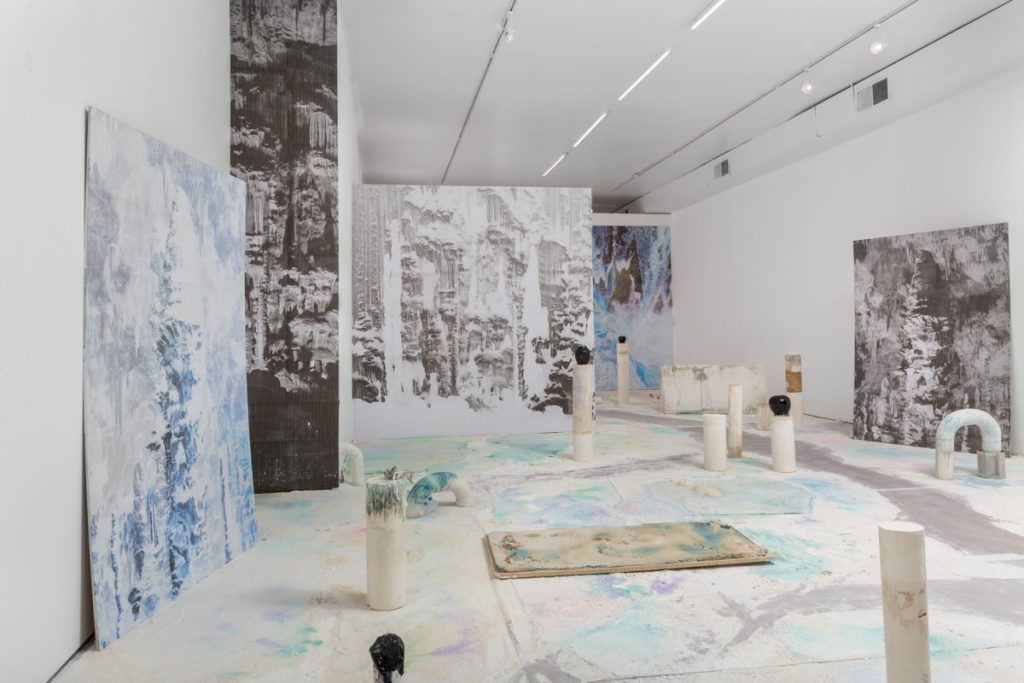 Julie Escoffier’s first show at Efrain Lopez has transformed the gallery into a paleontological site of sorts, a dizzying cartography of dyed plaster and teetering columns that encodes puzzles of logic and reference. As such, “Ellipsis” is best considered in light of two recent Chicago exhibitions: Dieter Roelstraete’s blockbuster “The Way of the Shovel” (MCA, 2013-14) and Matt Martin’s smaller show of crumbling, crafted objects at Roman Susan (2015). If Escoffier’s work refers to key moments of modernist practice (calling to mind, say, Richard Serra’s casting gestures), it more immediately takes up Roelstraete’s interest in the vocabulary of archaeology and Martin’s attention to the ongoing chemical reactions that trouble the ontological finitude of objects.

A case in point: two large panels are propped up, facing the gallery windows. Smeared with photosensitive chemicals, they record ambient light to produce cyanotypes. Similarly, cast objects infused with organic dyes slowly change their hues over the course of the exhibition. Some pieces have melted in the sun, and in others their color has leached out. The show’s assemblage registers time, heat and air’s aging effects in a way that not only presents some philosophical complexity (Escoffier’s things are good to think with), but also produces some striking visual effects. The iridescent blue washing across a cast pipe evokes the swirling textures of marble, updated for an age more accustomed to neon and lamé. 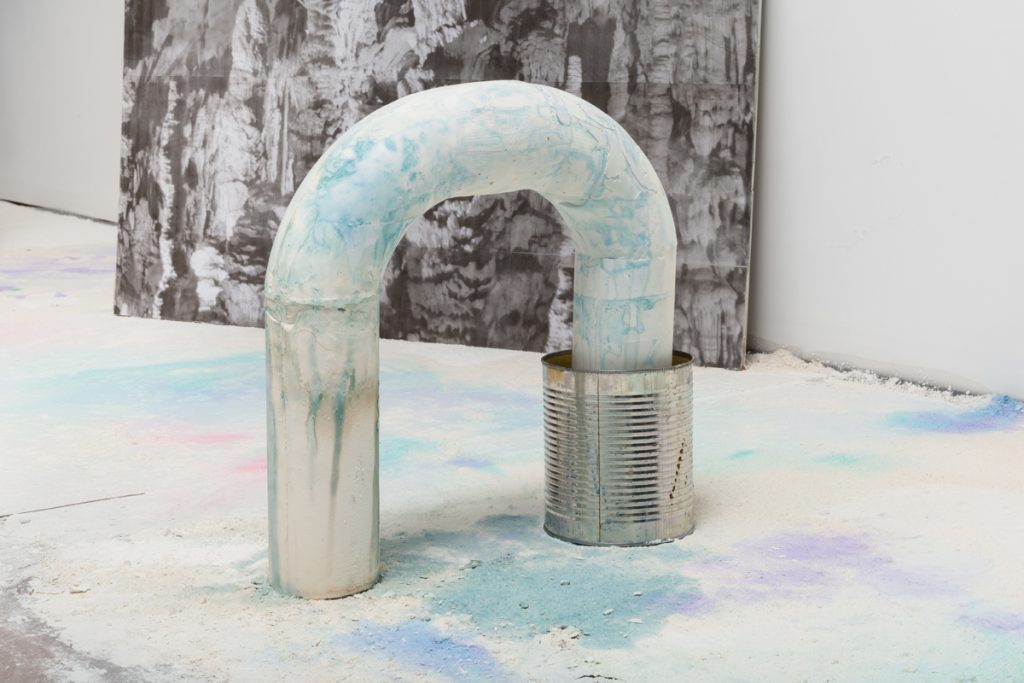 The show falls a little flat in its recourse to the superficial language of archaeology. Urns and pots recur throughout, and a funerary vase can be detected in a large photograph of a cave. Contemporary artists too often identify “archaeology” with Attic pottery, a move which neglects both the rich traditions of experimental archaeological practice and the specificity of Greek art itself. Escoffier’s otherwise excellent work undermines the simplistic relations her peers draw between art and the long archive, and “Ellipsis” represents a promising Chicago debut. (Luke A. Fidler)