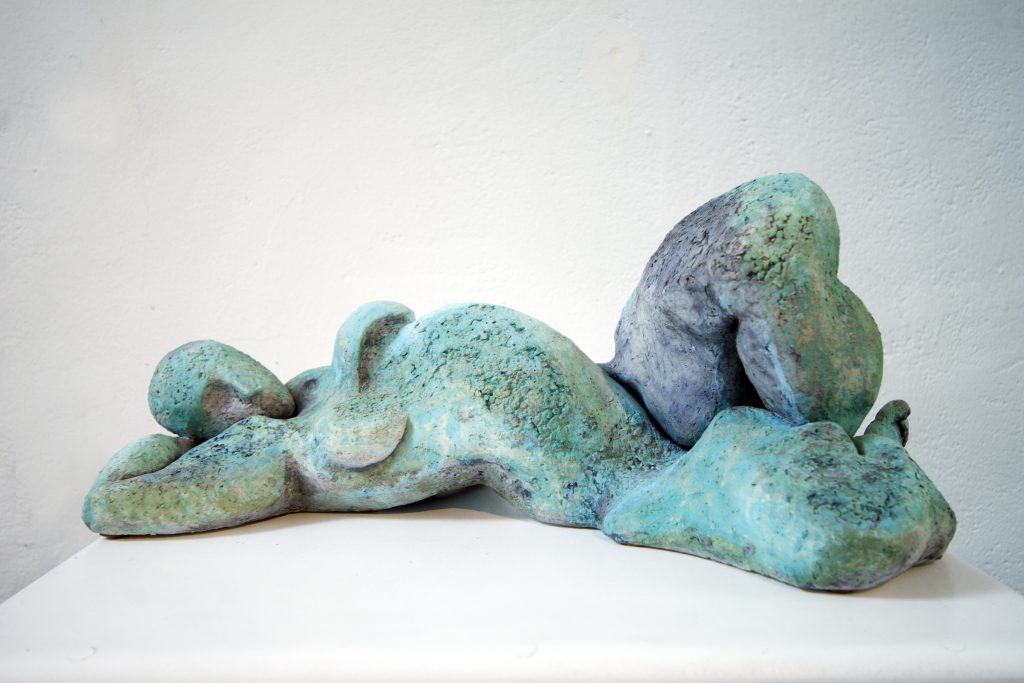 As the American art world changed its priorities from formal to conceptual over the past fifty years, figure sculpture moved into the Pop Art wing of Postmodernism. However, some figure sculptors seem to be heading in other directions, including the six in this show.

The most naturalistic sculptor here is Joyce Marcus, who creates shelf-sized terracottas. The relative proportions and qualities of her forms closely follow her models without emphasizing the details of anatomy. Each piece has an overall gesture that says “this is my body and I’m happy to have it.” She does not attend to the energy of forms in space, so her work often appears small and clunky. As she puts it, her pieces are “not monumental or grand.” But it is always interesting to see sculpted nudes that are not the expression of male desire.

Sheila Ganch and Debi Okner pursue the more abstract and expressive American figure sculpture of the 1950s. As Okner has written: “my goal as an artist has been to turn myself inside out.” Ganch aims for a more universal theme, but like Okner, pays more attention to the inner convolutions of her forms than to the space that surrounds them. These inner struggles might not interest those who do not share them. 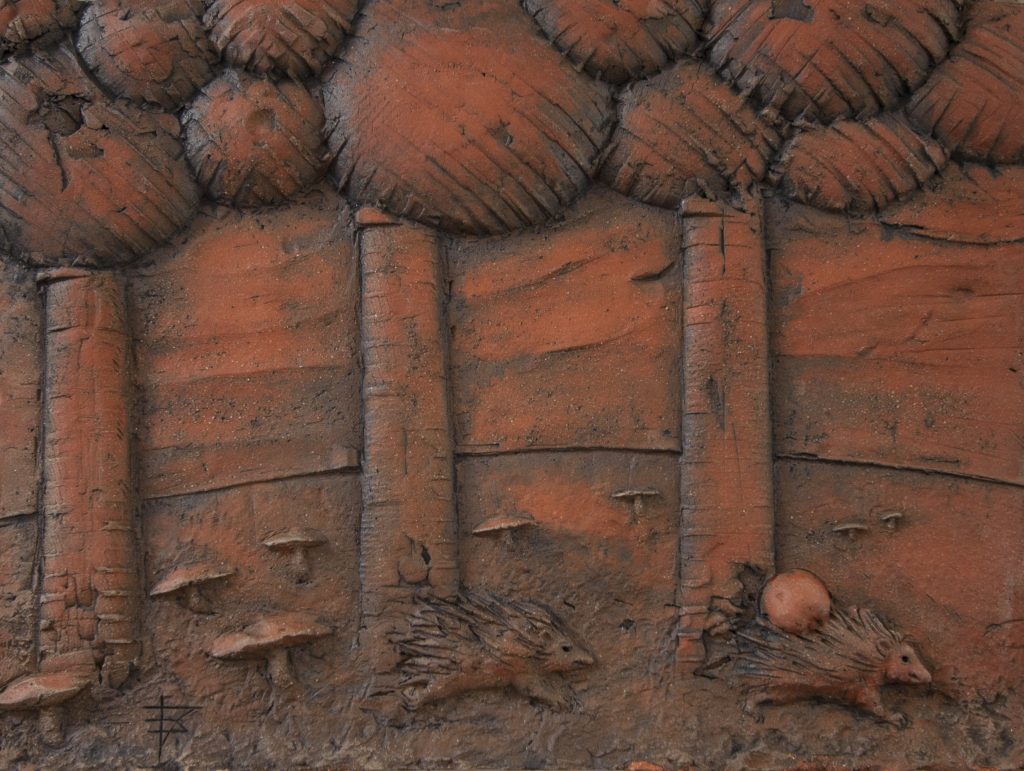 Sheila Oettinger and Boruch Lev are closer to American sculpture from the 1930s and forties. Oettinger’s figurative reliefs are visions of people striving together, but they are not powerful enough to feel like social ideals. Rather, they are more like ephemeral daydreams. Lev shows a small clay panel that convincingly depicts the creation of the universe. A thousand years ago, he might have designed the doors of a Romanesque church. He is the rare contemporary sculptor who can condense energy rather than dissipate it.

By contrast, Carol Stitzer’s playful and clever pieces highlight the more serious concerns of the figure sculptors mentioned above. Stitzer represents the dominant trend in contemporary American ceramics, which is more about surface than volume, and more about attracting attention than sustaining it. It’s hard to stay serious in a society as floridly wacky as our own. (Chris Miller)