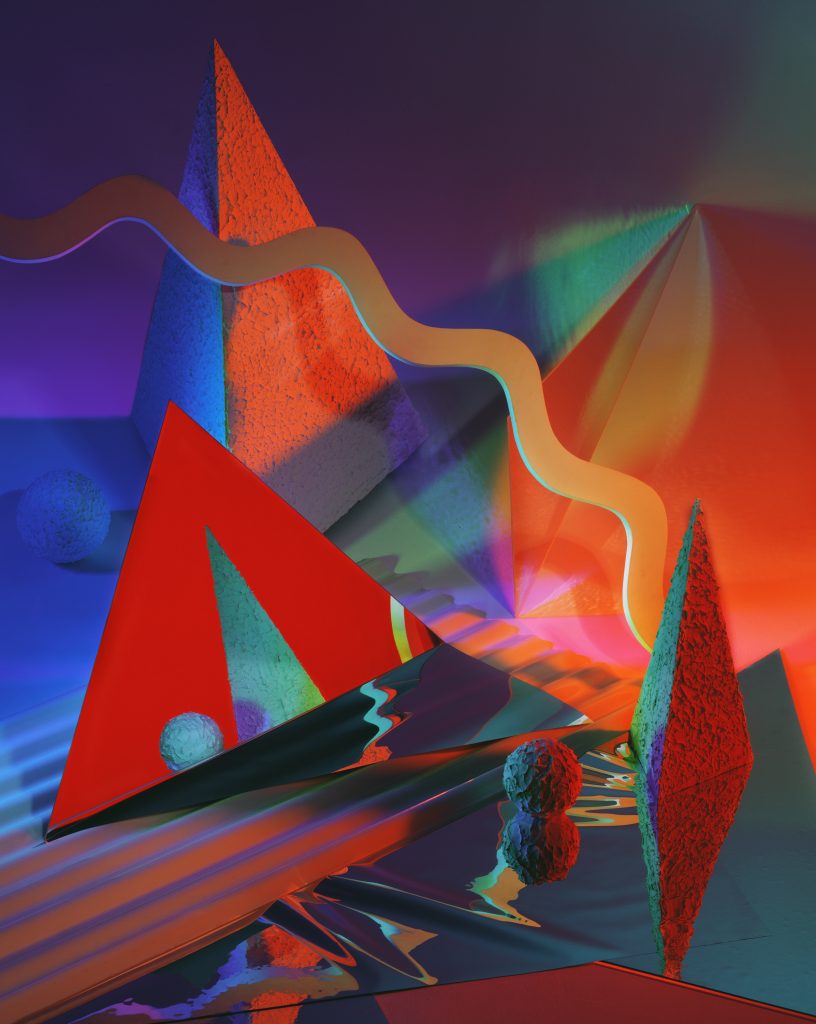 This group show considers the theatrical and performative to explore the role of artifice within frameworks of art-making. Curated by the gallery’s own Katherine Harvath, the exhibition is comprised of multimedia works by a diverse assortment of Chicago-affiliated artists at different points in their careers. A common challenge of a group show, the juxtapositions of works create frictions between different senses of speed and legibility, but nonetheless, this show is grounded by its thoughtful study of illusion, temporality and queer subjectivity.

Aay Preston-Myint’s work demands a close look, as the work is as much about the experience of seeing as its own aesthetic. The mural work, “Rendez-Vous” acts as a cool, minimalist stage. Opposite are two loosely hung, unstretched canvases, “Untitled (Mirror) 2” and “Untitled (Mirror) 3,” that each depict a framed, sheet-shrouded mirror screenprinted on canvases that ironically call to mind window drapes. With a similar sense of ambiguity, Edie Fake has created a precise yet abstracted haven with the modestly scaled but strikingly elaborate “Union Station.” In conversation with Fake’s structural forms and radical palette, Barbara Kasten’s “Metaphase 5” is another one of the legendary photographic constructions that is the artist’s signature style. 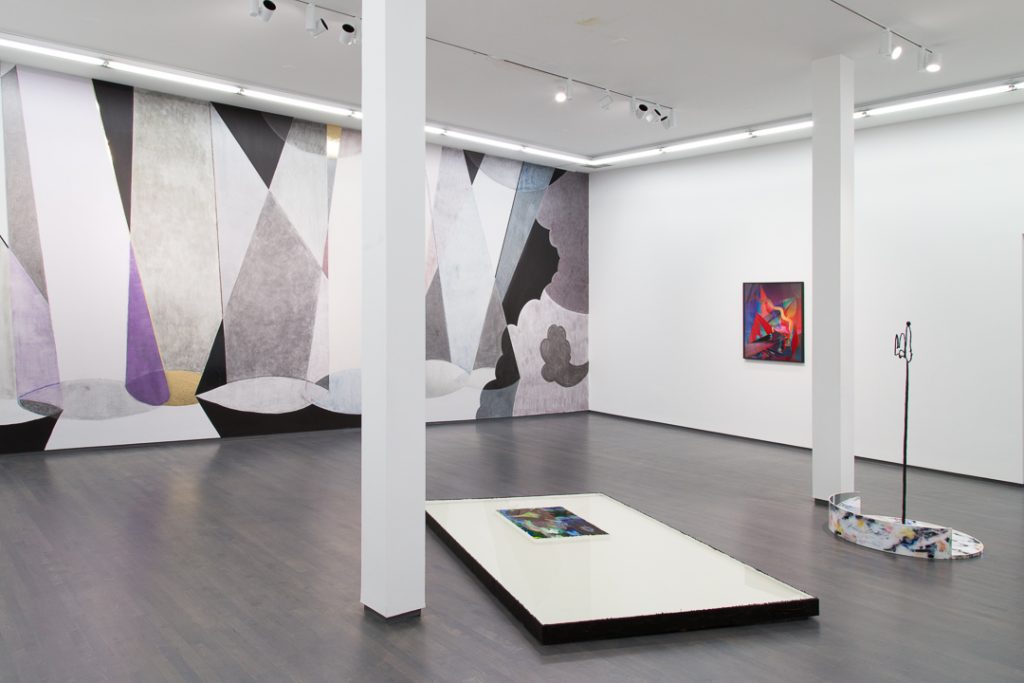 Elsewhere in the large gallery, Roger Brown’s 1968 oil painting “Theatre” meets the contemporary sculpture “Dog” by Nicholas Sullivan. Both works charm the viewer into a Pop-Imagist experience with representations of bygone cinema and the classic cartoon character Snoopy. Catherine Sullivan and her collaborators occupy the adjacent room with an installation “Nest (Eternal Resting),” comprised of three parts of a single piece that are “nested” within one another. Two video works, a documentation of a rehearsal based on “Eternal Rest”—a play set in a spa for workaholics and performed by the Teatr Opera Buffa, a theater company of actors living with schizophrenia—and the gestural work of Beata Pilch’s twenty-year repertoire combine with a sculptural assemblage based on an archive of untouchable props by revolutionary theater director Tadeusz Kantor. It is an ambitious conceptual endeavor with multiple collaborators and many avant-garde references, a standard which has been set by Sullivan’s well-established career. (Brit Barton)