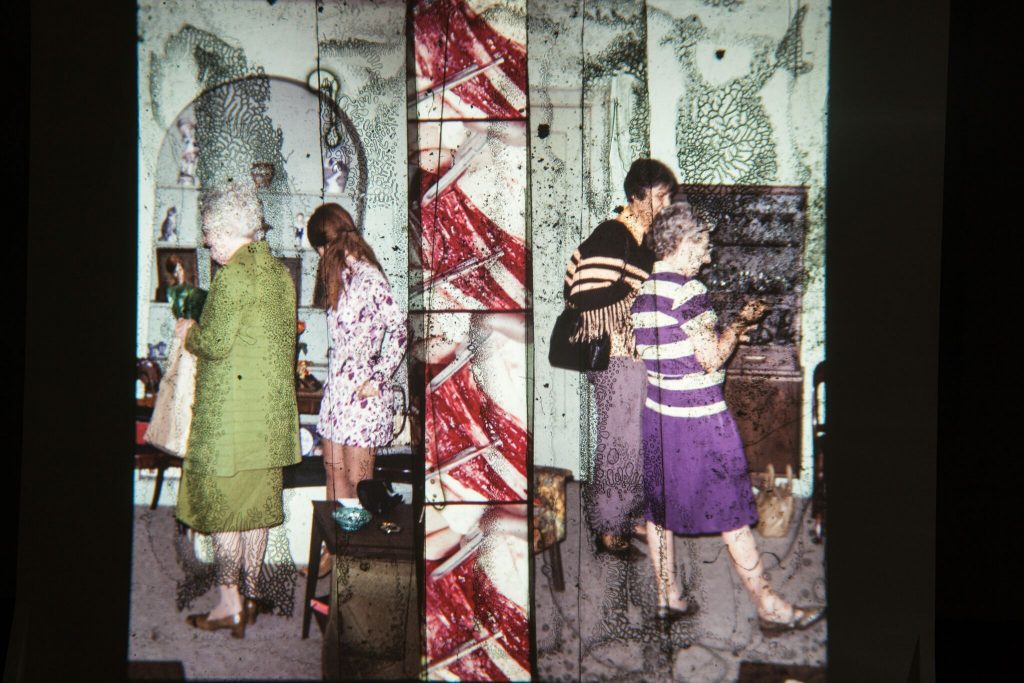 Warped, ripped and decayed, Luther Price’s slides and film seem transformed by the many unseen processes of the body. In his composition process, Price unites the synthetic material of found film with the environmental debris of minerals, dirt, insects and soil. Arranged side by side in a space that recalls the darkness of the cinema, these slide and film projections engulf the viewer, demanding such immediacy.

The images on display, some moving and others still, include medical charts, educational videos, family photos, Hollywood classics, home movies and pornography. Viewers cannot ignore the chemical blots, ants, soil and matted hair in the projected film, as well as in the putrefied slides themselves. Through the iconoclastic process of effacing, obscuring and obliterating imagery, Price reminds us of a pre-digital past when film was material. In the center of the back of the space, a backlit film machine shows a fading emulsion photograph of a married couple. Before it, a backlit table displays edited film slides. 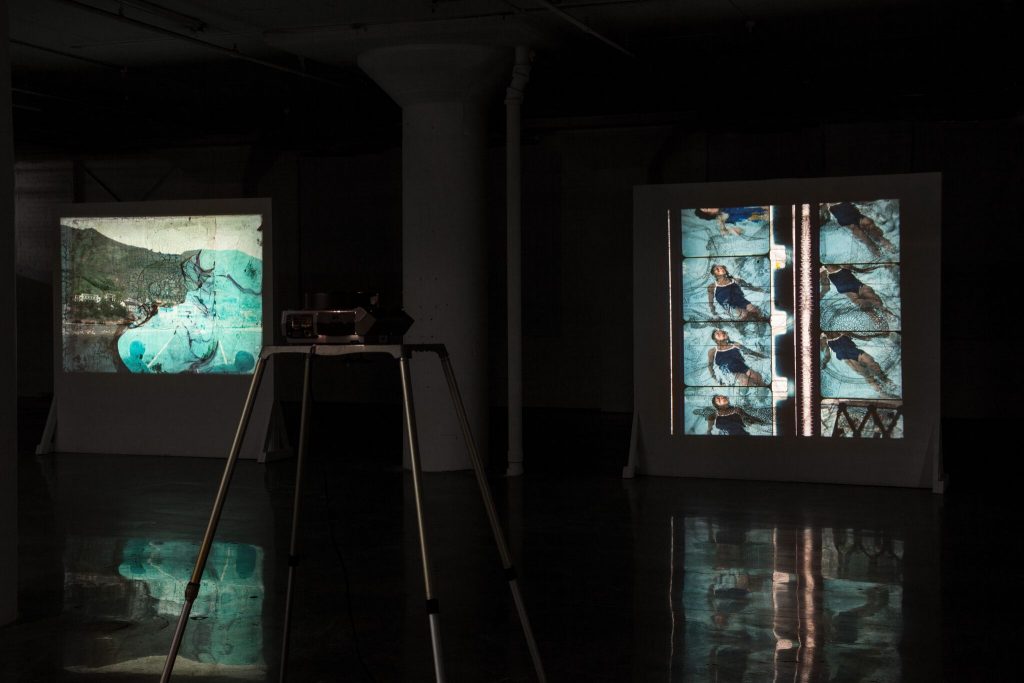 Throughout his work, the processing of film is made akin to the processes of the body—the membranes, skins and guts endure punctures and warping as they demand the viewer to engage in an intimate and visceral act of apperception. The film stutters, speeds up and glitches as abstract landscapes form into familial photos. The arbitrary patterns of the blots and splotches pull us into memories that simultaneously feel familiar and strange, as some images draw us closer and others push us away. This tension is reflective of his editing process—he buries found film in the ground and lets nature imbue the film reels. Simultaneously, Price invokes precarity and the mundane.

Price interrogates the materiality of film, the accumulation of history and the conscription of memories that are deemed precious and worth memorializing. Despite the destruction, the film’s construction is an act of care—a composition of the many lives and biological forces that shaped it: dirt, traces of the hand, insects, projectors, inkblots and light. (Hiba Ali)