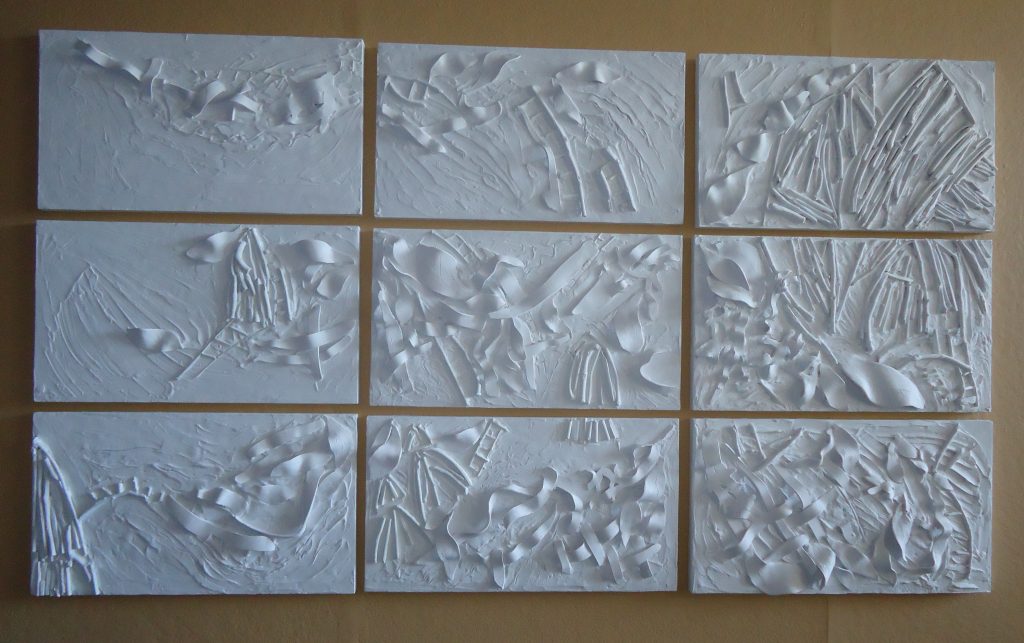 An intense aesthetic has rarely been summoned by the narratives featured in Chicago bas-relief sculpture. It was not needed for the four bronze panels above the entrance to the Marquette Building (1895), nor by the more recent “Tribute to Freedom” (2003) at Soldier Field. So there is little joy for those entering these spaces beyond illustrative recognizability of Indian scouts, saints or soldiers. In contrast, the recent panels by Dorothy Hughes are only about the joy of space. From a distance, their dynamics may suggest a dramatic narrative. But up close, nothing is recognizable other than the constituent sticks, ceramic leaves or the tool marks that make them.

Hughes began her career as a practitioner of fiber art. An example from Hughes’ earlier career accompanies this exhibit. It’s a wall-size waterfall of linen and sisal, hanging in thick, overlapping strips. It’s refreshing and attractive, but hardly hints at the virtuosity of her multimedia sculptural relief that will come three decades later. This show also includes a few of her recent ceramic bowls. Their shapes are comfortable, natural and pleasantly decorative, but hardly extraordinary. 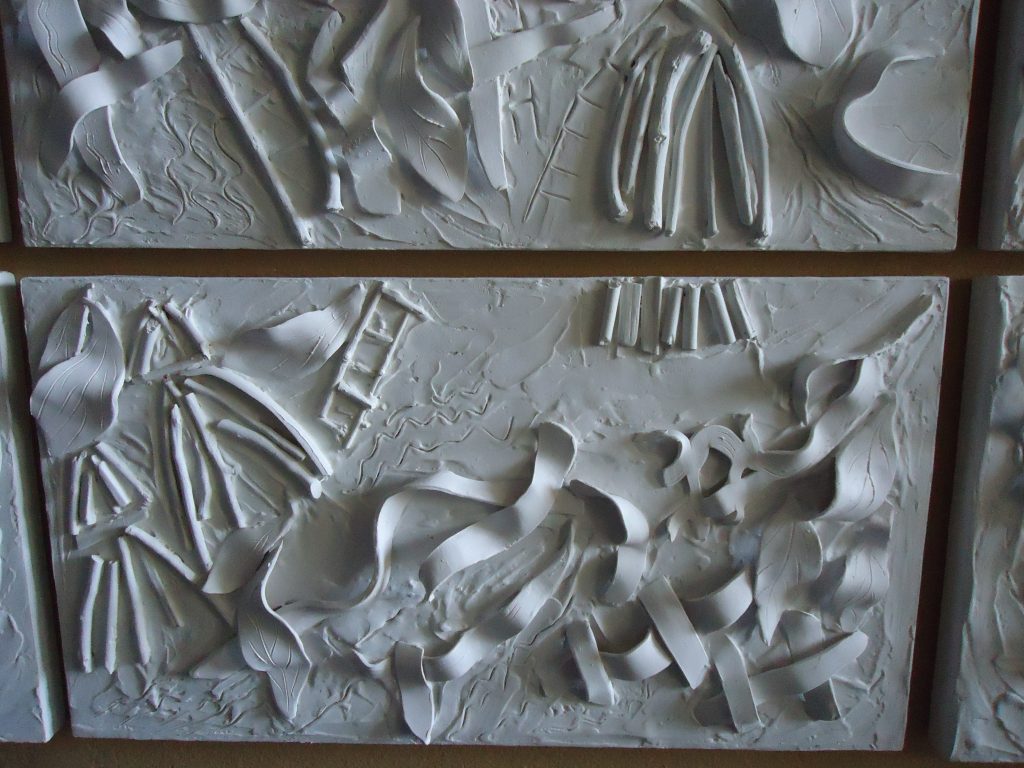 What is extraordinary is what happens when Hughes composes shapes upon a flat rectangle and limits herself to monochrome white. Each panel can stand alone, but also interact with up to eight more to achieve unity and cover an entire wall. The results compete with the formal excitement of multi-panel bronze reliefs from fifteenth-century sculptors like Donatello and Ghiberti or twentieth-century sculptors like Giacomo Manzù and Emilio Greco. They also resemble the ink brushed scrolls of close-up vegetation painted by historic Chinese masters like Xia Chang whose fifty-foot masterpiece, “Bamboo-Covered Stream in Spring Rain” (1441), occasionally goes on display at the Art Institute.

No narrative or natural philosophy is explicit in the Hughes panels. As Xia Chang wrote of his piece, however, they do seem to “wash away ordinary thought” with a mastery of the flowing power of water. That is a good direction for secular American art to pursue. The organic designs of Louis Sullivan come to mind. If still alive, he would probably keep Hughes quite busy. (Chris Miller)

Through August 21 at the Chicago Cultural Center, 78 East Washington