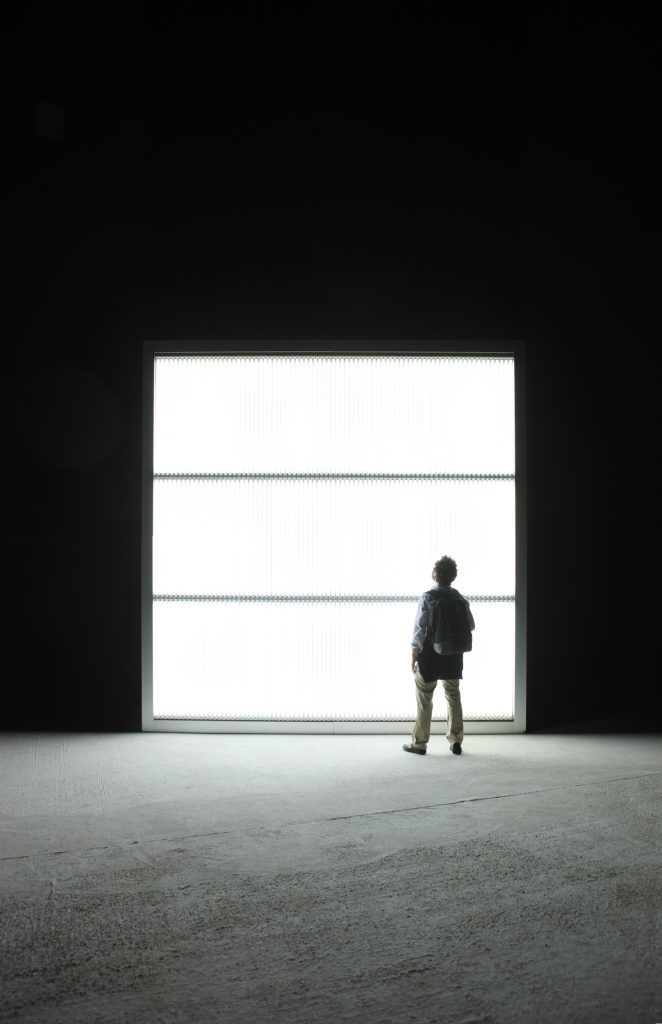 The current exhibition of photographs at the Museum of Contemporary Art, drawn from its permanent collection, is titled “Witness.” It consists of about two dozen pictures made in the last seventy-five years. Walker Evans’ surreptitious subway photographs (“Untitled,” c. 1940) are the earliest, and Collier Schorr’s life-sized photo of the transgender performance artist “boychild” (2013) is the latest. In fact, there isn’t anything between Evans’ pictures and Hal Fischer’s “Gay Semiotics” of 1977, so the emphasis is clearly on the contemporary.

Which is too bad. The idea that the photographer is a witness is anachronistic. It may have been plausible when Weegee photographed Mafia boss Joe Masseria (1931) lying in a pool of blood clutching an ace of spades, or when Nick Ut shot a naked Vietnamese girl running from an American Napalm attack (1972). But, today the testimony of photography is compromised by its digital instability. Additionally, the ubiquity of CCTV and cellphone cameras—not to mention the proto-NSA “Total Information Awareness” program—means that everyone is a witness and everything is visible. It would have been helpful if the MCA tried to document this epochal transformation.

Maybe the exhibition would have been improved if it were titled instead “The Last Witness.” There are several good candidates here: Larry Clark, whose suite of voyeuristic photos from “Tulsa” (1971) documents the teenage, sex and drugs subculture of his hometown; Cindy Sherman, whose “Film Stills” (1979) expose the instability of gender identity and photography itself; and Andres Serrano, whose “Nomads, (Payne)” from 1990 draws on Irving Penn’s unstable marriage of fashion and ethnographic photography. But Alfredo Jaar represents the real endpoint here. His “Sound of Silence” (2006) is a steel mausoleum in which the photographer-witness is entombed. Inside the cenotaph is an eight-minute video describing the tragic circumstances surrounding Kevin Carter’s Pulitzer Prize-winning photograph of a starved Sudanese child crawling toward death, accompanied by a watchful vulture. Carter’s picture made the front page of the New York Times, but the outcry it generated caused him to take his own life. Witnessing did nothing to relieve the suffering of the Sudanese people. It only killed a gifted photographer. (Stephen F. Eisenman)

Through February 19 at the Museum of Contemporary Art, 220 East Chicago