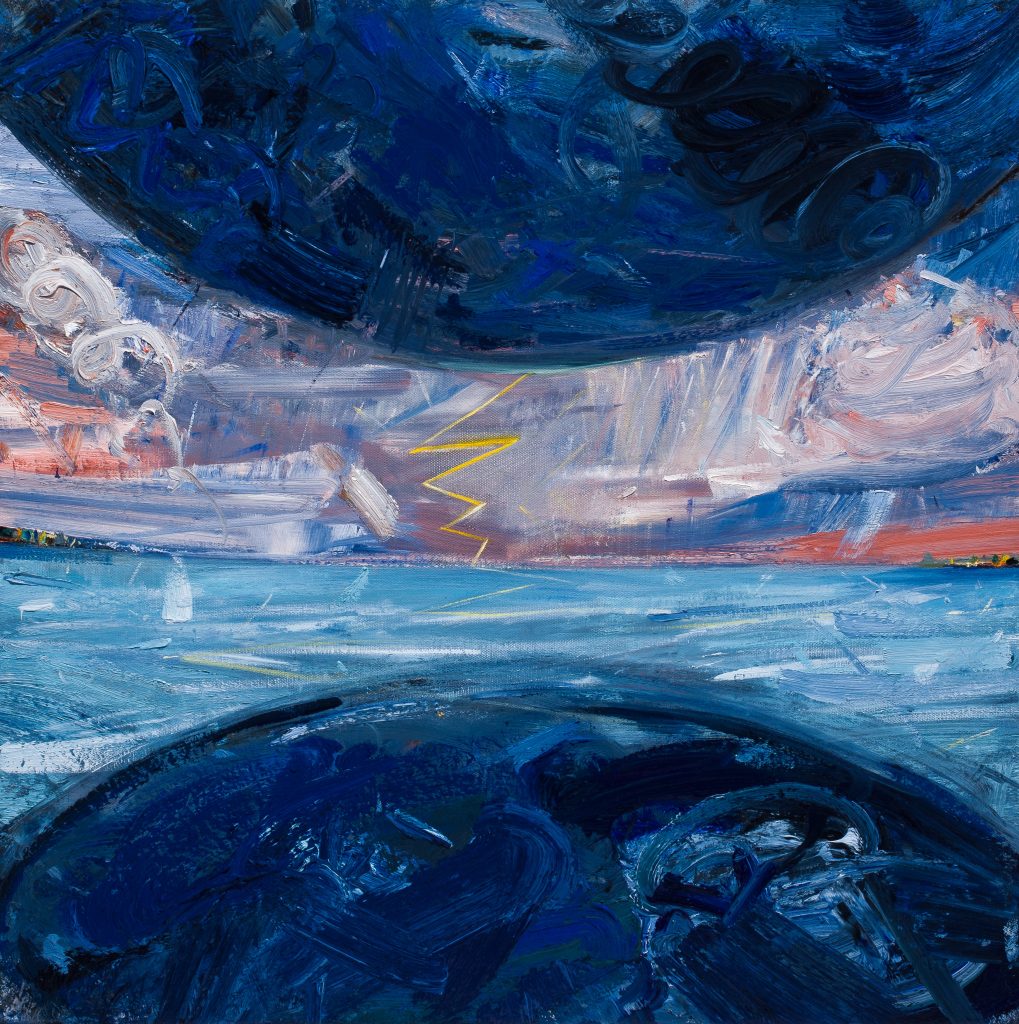 The outer boundary of John Santoro’s body is not skin, it’s paint. His canvases appear like living tissue saturated with personality. In cavernous exposition halls, a small, single painting of his can demand more attention than whatever surrounds it. In a solo gallery show, the effect can be overwhelming. It’s like meeting the same intense person thirty times all at once.

This exhibit of recent work, his largest ever, is titled “Slow Painting.” The title suggests that too much is happening to be comprehended in seventeen seconds, the average time viewers spend in front of an artwork. It also might suggest that even though Santoro is much concerned with the abstract and expressive possibilities of paint, he is not an Abstract Expressionist, as his paintings were not quickly done. They are not gestural, they are not heroic, and they are closer in size to standard windows than walls. And though he does not depict actual places the way that observational painters do, these paintings are essentially landscapes. They invite you to enter a pictorial space with horizontal bands of cool sky above and warm earth below.

The objects in his imaginary environments may seem as randomly distributed as toys abandoned by children, but even the most insignificant squish or squibble of pigment has been perfectly placed. They reflect cosmic rather than psychological forces, even if they have been scaled down to personal size. Each painting is a tempest in a teapot, with the same swirling intensity often found in the work of early Modernists. 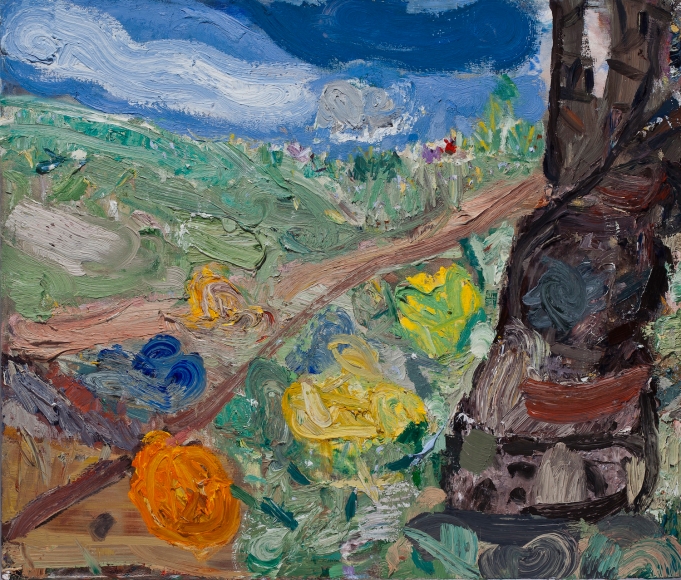 Van Gogh could find the universe in his humble bedroom—Santoro has often found it in his own backyard. Three of his more recent paintings depict the severe weather experienced on the coast of southern China, but rather than being immersed in a Romantic J.M.W. Turner thunderstorm, Santoro and his viewers gaze out from a high rise window in Hong Kong.

Santoro’s work expresses “a pleasure in painting, in the materials, forms, and finally the picture itself” as the European CoBrA Manifesto stated it in 1948. It’s a timeless aesthetic. (Chris Miller)