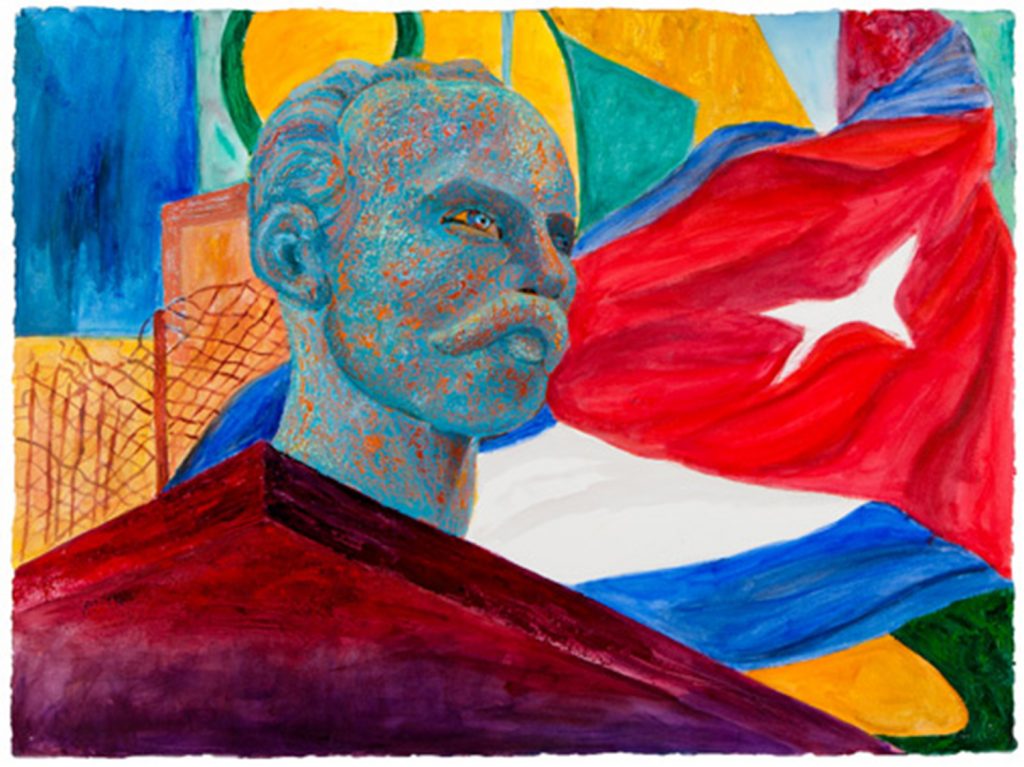 The depiction of picturesque places is an American tradition. One seemingly exotic destination, Cuba, is now especially appealing because it is on the cusp of economic transformation. As American tourists and money start pouring in, one can expect its charming decay to be replaced by upscale renovation. One might also expect its socialist ideals and single-party state to come under new stress. Now is the time to either wax nostalgic for its past or be hopeful for its future. In her own way, Joanna Pinsky does both.

Pinsky’s paintings are not windows onto a scene—they create their own imaginative environment. Unbroken diagonals on shaped gator boards jump off the gallery wall with spatial illusions. They echo that early Renaissance thrill of pictorial space that was the setting for profound and supernatural events involving prophets and saints. For Pinsky, that heroic figure is Jose Martí, the poet/revolutionary who died fighting for Cuban independence in 1895. 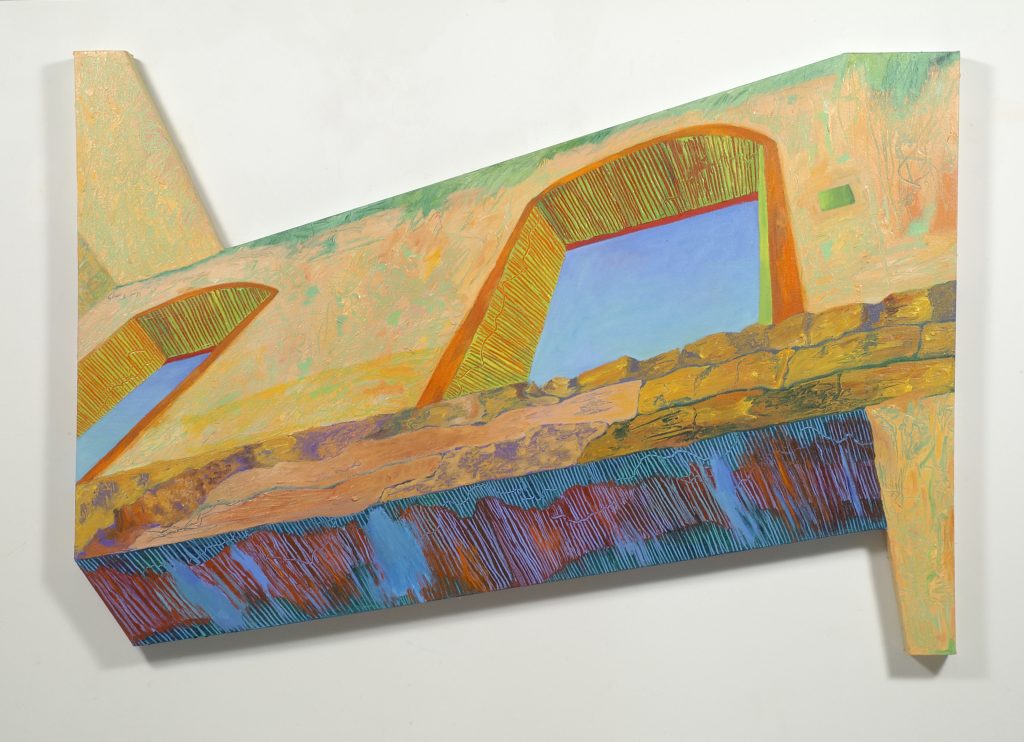 The splashes of strong color and boldly stated architectural fragments are like set designs for a Romantic opera. They also recall the backgrounds in Ben Shahn’s socially progressive agitprop from the 1930s. However, Pinsky’s work is not politically engaged. She has depicted Martí as some kind of Hindu god in a variety of manifestations: Fierce Martí, Reverent Martí, Proud Martí, Thoughtful Martí, Sad Martí, even “Chinese Martí,” though that one looks more like a Mayan Chacmool. Similar to Hindu sacred images, the pupils have been painted onto the ocular whites to invite eye contact with the devotee. Though based on photographs of Cuban public sculpture, they are whimsical rather than solemn, and clunky rather than strong. But they are alive, even if the powerful spatial energy summoned by the colorful, faux architecture never enters them. For Pinsky, if the spirit of Martí is still haunting the island, he’s more like a gentle, private deity than a bold national hero—he’s mugging for selfies rather than inspiring solidarity.

Pinsky’s installation is refreshing, but I wonder whether her laid-back rendition of Martí can protect Cuba from el Imperialismo Yanqui, keeping her focused on human needs rather than capital growth. (Chris Miller)