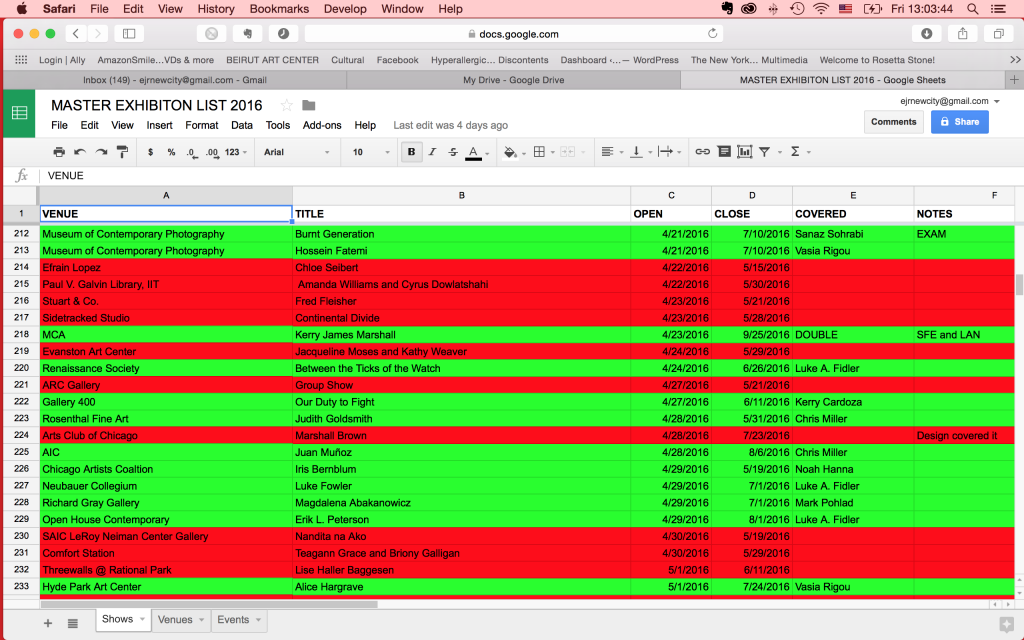 A screenshot of the Newcity Art Editorial database

Abiding by the conventional wisdom that Chicago’s art scene largely shuts down in the summer, I was traveling abroad last June when I applied to become editor of Newcity Art. Fulfilling a longtime dream, I saw the Venice Biennial and, for good measure, stopped over in Paris. There, I wrote the cover letter that would outline my editorial vision:

…to cultivate a new generation of engaged critics, elevate the critical discourse around Chicago’s cultural production, and continue to forge stronger connections between artists, curators, gallerists, scholars, arts administrators, and other cultural workers.

My first draft was nearly three pages long, a telling indication of how I would later approach writing the “Eye Exam,” the Art section’s biweekly editorial. In the same letter, I wrote that I would

…use the Eye Exam column to synthesize the multifarious efforts of Chicago’s artists and arts institutions to situate and analyze important conversations happening in the visual arts across the city. I will emphasize links between institutional efforts and individual practices, teasing out Chicago’s multidirectional flows of influence and exchange.

…and so on. If nothing else, I hope this year of frequent, fast writing has trained me to be more succinct and less grandiose in my prose.

In my first Eye Exam, titled “What Good Is Art?”, I wrote about two shows, the Museum of Contemporary Art’s “The Freedom Principle” and the University of Chicago Logan Center’s “Three The Hard Way.” Following my hypothesis that artistic influence flows in all directions in this city, I sought to compare a major institution’s take on the aesthetics of black nationalism with the recent output of three young black artists in residence at the university’s Center for the Study of Race, Politics & Culture. “The Freedom Principle” was a show in two parts: the first, a look at the history of the Association for the Advancement of Creative Musicians, founded in 1965 on Chicago’s South Side and focusing on advancing jazz and experimental music and black musicians; the second half, a survey of the aesthetic legacies of black nationalism and and experimental music through the lens of contemporary art. As I wrote in my column, the show honored an important history while inadvertently exposing just how superficial contemporary art can be when it comes to matters of political and social import. Down at the Logan, my faith was restored by the work of Ayana Contreras, James T. Green and David Leggett, all of whom dealt more directly with the past and urgent present of America’s broken racial politics without sacrificing any of the beauty of the struggle. I left the MCA doubting that contemporary art meant anything to contemporary life, but I left the Logan knowing that doubt itself was art’s critical territory. 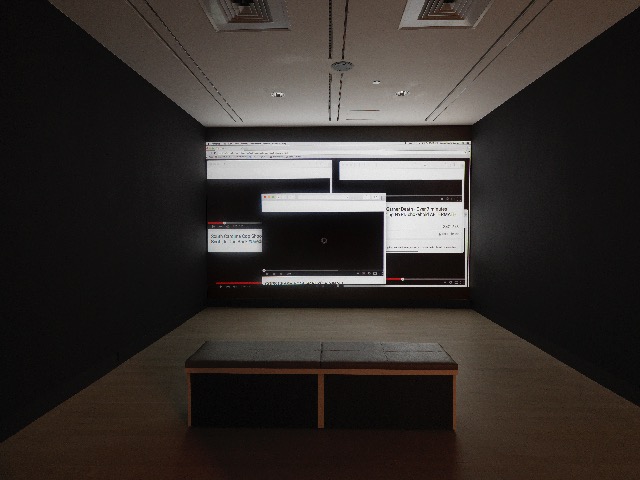 By the time this goes to print, I’ll have been the editor of Newcity Art for 399 days. In that time, I’ve overseen twenty-seven issues that have collectively covered nearly 300 exhibitions in and around Chicago. Since January 2016, I’ve kept a database of Chicago-area exhibitions, drawing on press releases, websites, social media, event calendars and word-of-mouth to accrue an exhibition schedule that, despite my best efforts, will always be woefully incomplete, in no small part thanks to the dynamism of Chicago’s ever evolving art scene. Since January, I’ve recorded 464 exhibitions that have or will have been open in 2016. That’s more than one each day, and the year is far from over.

When I assign a writer to a show, I highlight its row in my database in bright green. If a show closes without coverage before it will make the next print deadline, I highlight it in red. For every green row in my chart, there are at least three reds that, for a lack of time, space or staff, were not reviewed. In Chicago, these red lines matter—no major Chicago publication has full-time art critics, and no other print publication in Chicago dedicates itself to regular and extensive coverage of the visual arts. Most outlets that do cover art confine themselves to listings, a decidedly unhelpful form for spectators, artists and institutions, all of whom benefit from some kind of critical analysis of the work at hand. 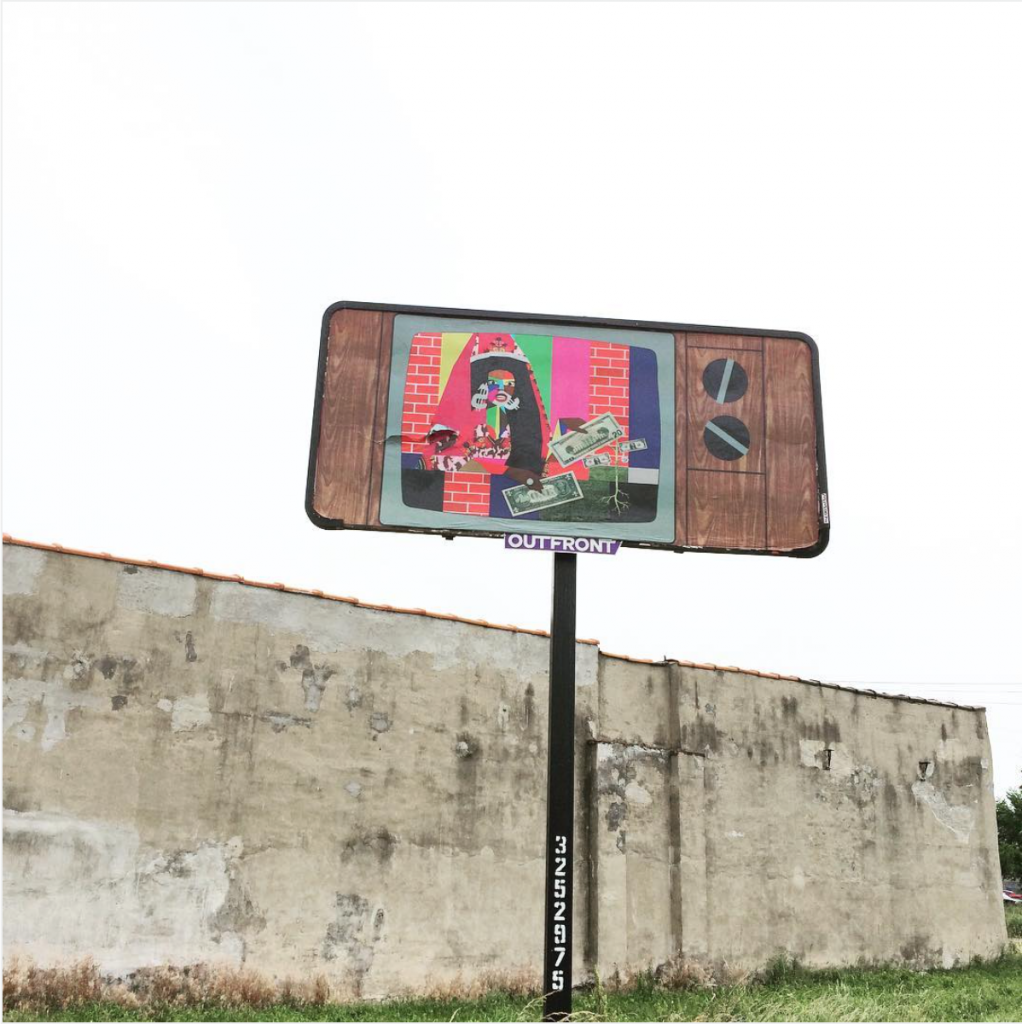 Following again the conventional wisdom, I left this summer for two months in Beirut working on my own projects. Had I abided by my database, I might have stayed to see the myriad work that showed this summer against the dictum that summer slows down. In particular, I regret not seeing “Messages in the Street,” a project curated by Allison Glenn that brought the work of thirteen artists to commercial billboards on the South and West Sides. A concept with many precedents—Felix González-Torres, for instance, made works specially for billboard display—the show’s conceptual strength was placing art in areas rife with the friction of gentrification, a phenomenon in which artists have historically played an important, initializing role. Appropriately, several of the billboards dealt specifically with concepts of racial identity. In a space typically reserved for blatant, commercial messaging, these works could capitalize on the natural suspicion with which one regards a street-level advertisement, compounded by the queerness of seeing an image that does not command the viewer to buy, but simply to look. Although the project is officially closed, several billboards remain up and awaiting new renters, and a catalogue is set to release in the middle of September.

Writing—whether in exhibition catalogues, pamphlets, newspapers or online—serves a crucial role not only in the living discourse of contemporary art, but in the memory and the history of a place in time. Each red line in my record is a strike against Chicago’s art history as it will be remembered. Perhaps I am being histrionic, but every day I see shows slip through my fingers, and I wonder—who else will write this history with me?