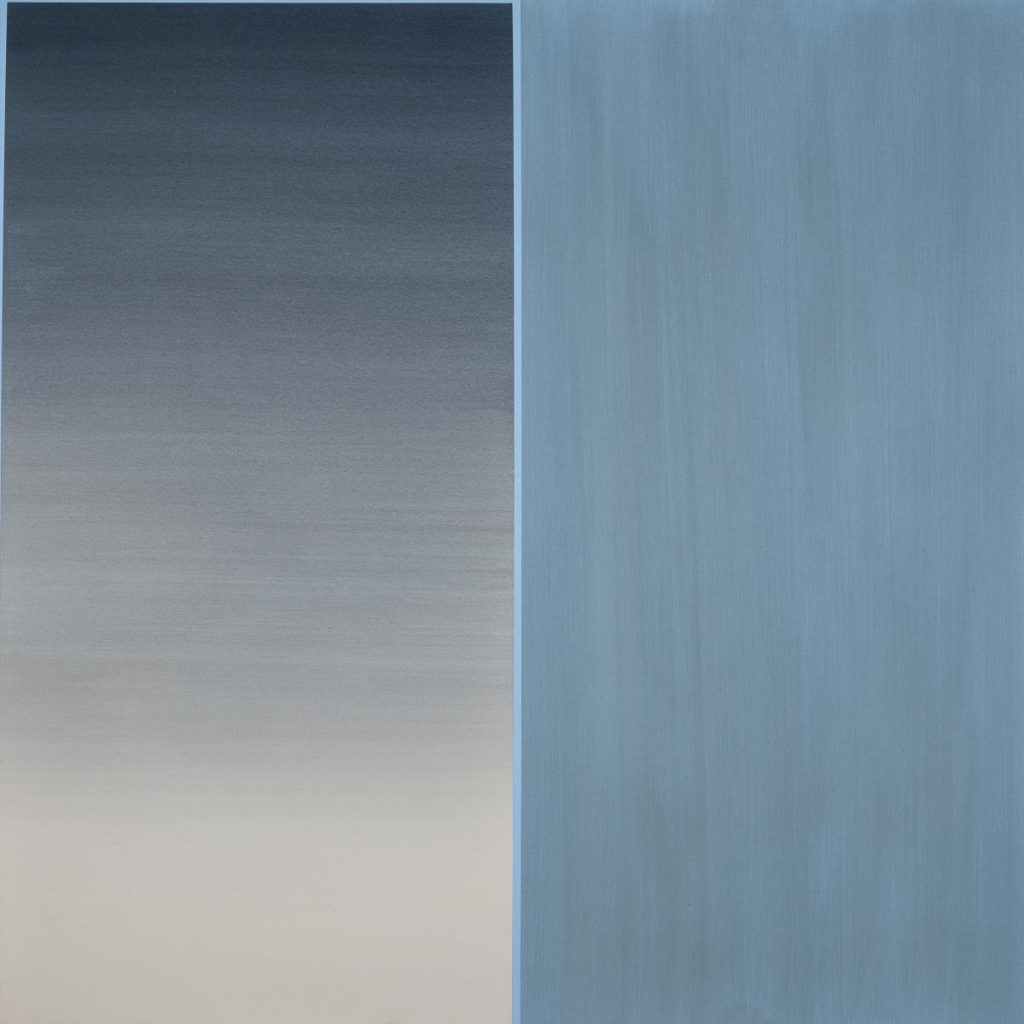 Spanning much of the artist’s career, this exhibition is comprised of nearly thirty works. Happily, all have been donated by collectors and are now part of the permanent collection of the National Museum of Mexican Art—they belong to Chicago. Curator Dolores Mercado has mounted an elegant, thoughtful show about this homegrown master. Dan Ramirez, from a mixed Mexican-Croatian background, began making art as a boy. He had a love of cartooning. His education was completed entirely in Illinois, from Olive-Harvey to the University of Chicago. Later, he became an influential teacher at the University of Illinois at Chicago and at the University of Wisconsin-Madison.

Ramirez is a minimalist with an abiding interest in the Color Field painter Barnett Newman, so don’t expect to find any stereotypically Mexican imagery here. Even so, this exhibition admirably enlarges what is traditionally thought of as representing Mexican culture. Ramirez’s art is unapologetically and grandly high modernist. Although this city is known for the funky, illustration-based art of Imagism, Ramirez is a leader in another strain of Chicago design, one that reflects our love of cool, intriguing geometries. Yet his art is also sensuous and passionate—he’s a poet and jazz bassist, after all. Ramirez’s artworks aren’t dour, modernist wet blankets; they’re witty. Sort out the perceptual riddles in the hilarious “Dyptich/Dyptich,” which quotes the Romantic painter Caspar David Friedrich.

Martin Puryear once called Ramirez a sculptor because of his shaped canvases and the constructed nature of his artworks. Appropriately, Spanish Gothic architecture finds its way into his smaller “Arco” series (mid-2000s), which utilizes digitized imagery, a testament to the artist’s ongoing evolution. Few artists have so thoroughly exploited the qualities of graphite, too—from his spare, geometric early drawings to monumental pieces such as “The All-Powerful Word.” Like much successful art, Ramirez’s works reward careful viewing. Lines gradually attenuate and vanish, the edges of pieces are painted, and shadows are cast by slightly askew interstices. But all this formal fine-tuning is in the service of larger conceptual issues concerning vision, perception and even existence itself. About his art-making Ramirez has said, “I’m always talking to the object in front of me.” Judging by the finished products, it’s a rich conversation. (Mark Pohlad)

Through October 9 at the National Museum of Mexican Art, 1852 West 19th