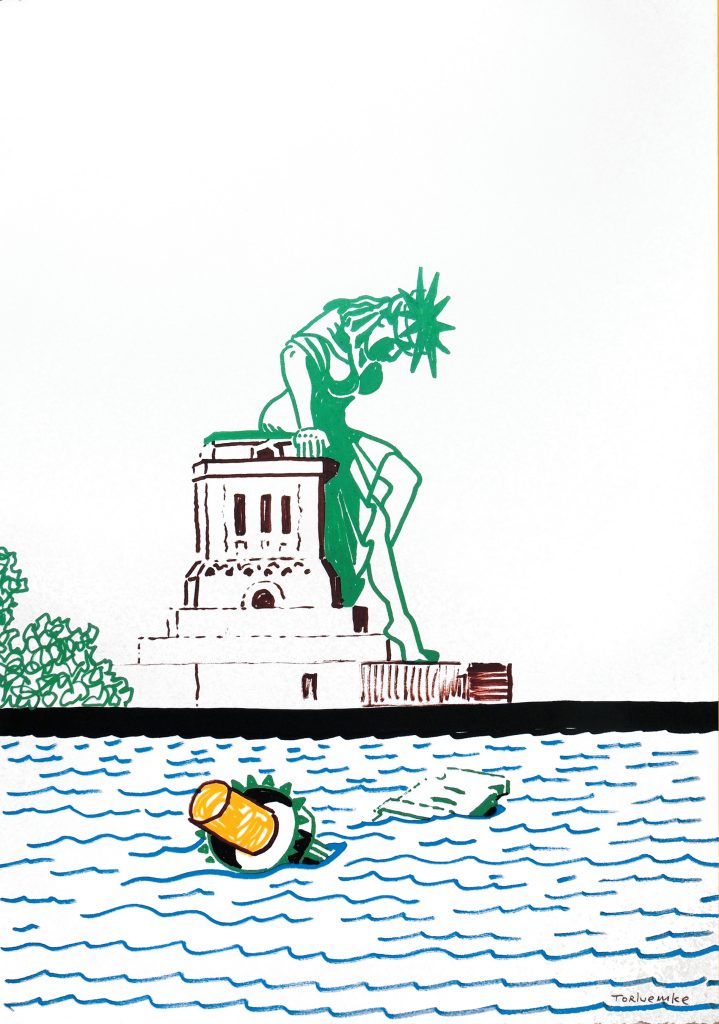 The pieces of Tom Torluemke’s heart, mind and guts lining the walls of Firecat Projects strike with all the subtlety of a paroxysmal rattlesnake. Fortunate, then, that they similarly have the ineffable blend of humor and horror; pulchritude and pit-in-gut fear; and long, hypodermic fangs. Dubbed “satirical drawings,” the wall works of “Symptoms” are in essence political cartoons, curated from Torluemke’s Daily Punch blog, and collected in a book of the same name.

Using acrylic paint markers, Torluemke creates riotous little panels of political observations, visions in the mold of Matt Taibbi and Molly Crabapple—savage, eyetooth humor, funny in the way a car accident might be. The overarching theme is the relentless and constant fucking over of the less powerful, the gross math on which society runs. Each panel has a title that can often be read as a caption; “Let’s pretend they’re sleeping” depicts polar bears lying in repose on minuscule ice floes, “No health insurance” shows mourners casket side, and “The job creators” features the eponymous dropping shit to be scooped up. Desperate babies bang down the boarded-up doors of a Planned Parenthood, the Statue of Liberty leaves her podium in disgust, Hell sits cold and clean on a laptop next to steaming coffee, a black man and a white man cannot see eye-to-eye, and everyone is washed away. 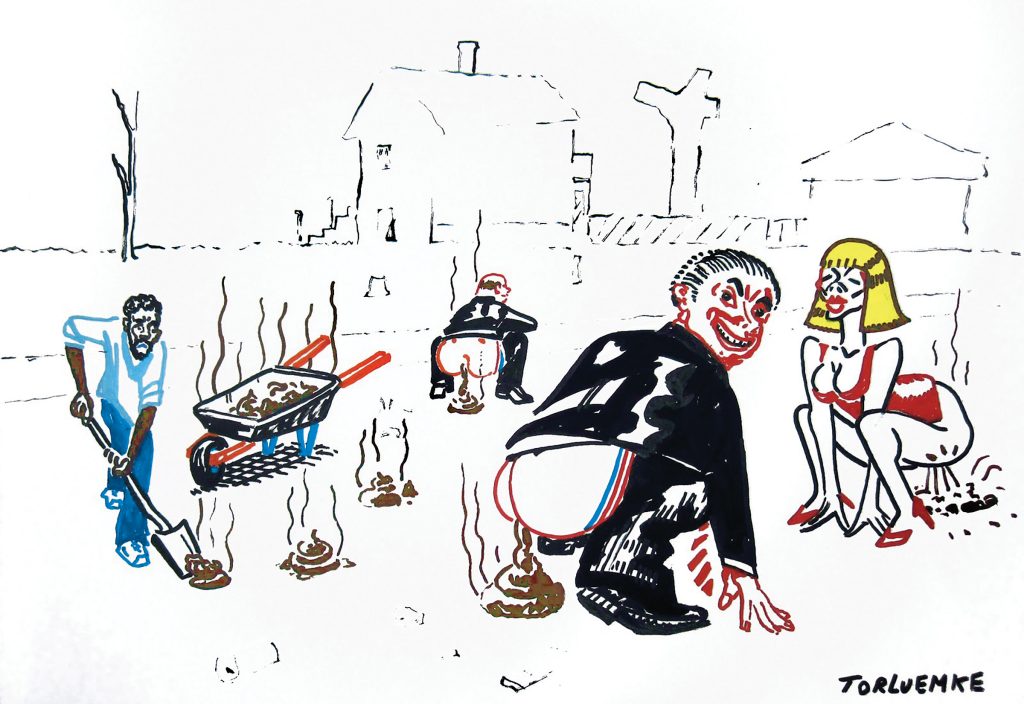 These are not nuanced visions, but they are powerful; the palette with which Torluemke renders the grotesque and victimized is screamingly bright, the kinds of colors countries choose for flags, arresting in their volume and violence and applied with the flatness of a butcher’s block. Completing the exhibition—and strong evidence of Torluemke’s masterful range—are attractive, friendly figures strewn across the gallery floor to be trod upon. They fray and curl from the abuse. Firecat’s resident dog had even left a tightly curled chew, like a tiny narwhal tusk, on one’s chest. In leaving no choice but to walk on them to view the show, “Symptoms” addresses the true cruelty of our nature: no one is innocent of taking advantage of the stepladders and stampedes. (B. David Zarley)