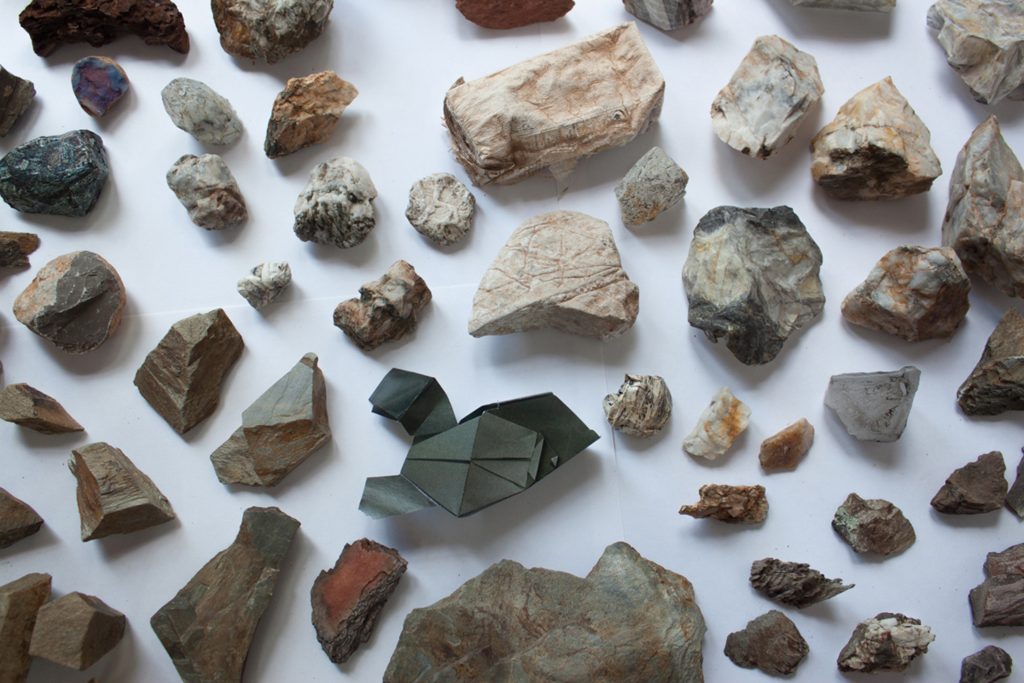 Andrew Yang’s solo exhibition at the Museum of Contemporary Art addresses nothing short of the bounds and composition of human and galactic life. With a handful of photo-, object-, word- and video-based installation works, Yang connects the personal to the universal, linking the physical formation of his daughter Stella to the landscape of the interstellar, granting viewers a metaphysical exploration of humanity’s relationship to outer space.

The central installation, “A beach (for Carl Sagan),” consists of a video projection of sand dissolving away and scattered mounds of sand purporting to be a one-to-one representation of stars in the galaxy. It fills the main gallery, which is painted a cosmic black and resonates with white noise. A more personal, poignant exploration of universal matter is “Stella’s Stoichiometry,” in which stacked glass bowls contain the six elements that comprised 98.8 percent of the artist’s daughter’s organic composition in the relative masses of her weight at birth. In a photographic diptych, the baby’s placenta is paired with an image of lava in a similar shape. Yang also weaves together the galactic and personal in a two-channel video installation, in which the artist interviews his mother and an astrophysicist. For the artist’s mother the Milky Way galaxy brings to mind breast milk, with which she nurtured her own child. In “the Way within,” a table contains an arrangement of various crystals, plants, eggshells, sand and other organic and artificial configurations. Yang’s works are as expansive as his thinking; he classifies, grapples with, and searches for meaning in the surrounding world. 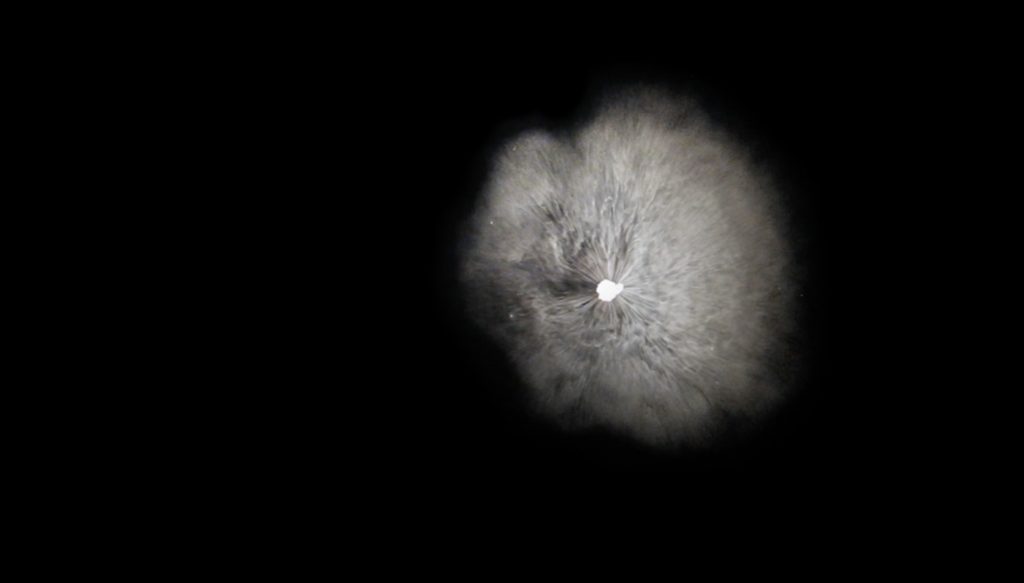 In our internet-based information age, when Google street view allows one to digitally view a street on the other side of the globe, the cosmos remains a vast, mysterious frontier of wonder. There is certainly a calming, grounding and humbling aspect to Yang’s installation, which is part of a larger artistic interest in Sagan’s “We are all made of star stuff” philosophy, which grants distance and remove from an emotionally, politically and socially charged present. (Anastasia Karpova Tinari)