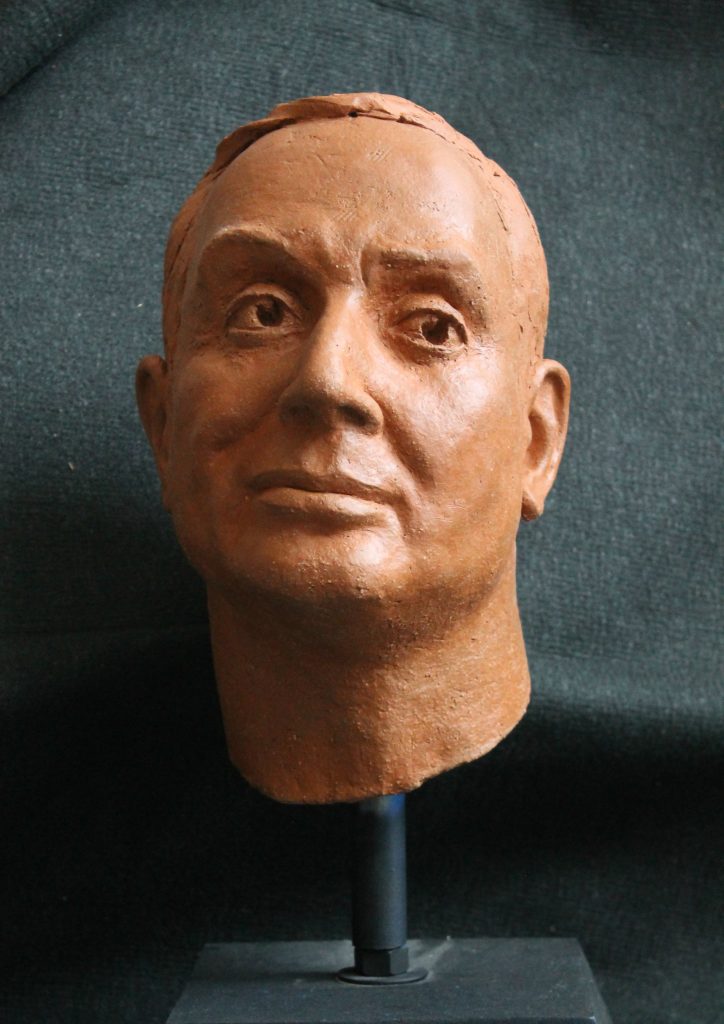 Sueko Kawamura proclaims: “My work is an exploration of the formalist narrative of weight, line and mass, as it relates to forms in nature.” That typically Japanese project dates back a thousand years. Even when the European nude entered Japan in the Modern era, it did not stray far from the aesthetics of traditional ceramics, and nor do the figurative clay sculptures of Kawamura. However delicate and recognizable the features of her portrait head may be, it also works as a handsome pot. Her full figures are more like awkward lumps of clay than arms and legs. They become happier and stronger when she emphasizes surface planes, but the results remain only decorative. Their humanity seems diminished. Her pieces are more satisfying when they resemble weathered rock formations. Giving equal attention to all views, her pieces bring peace and quiet to the surrounding space.

Boruch Lev also attends to formal qualities more than anatomy, narrative or cultural context, though more of that interests him. Several historic civilizations could have used his talents: In Tang Dynasty China, he would have made figurines of plump matrons; in Medieval Europe, he would have portrayed Biblical scenes in bas relief; in Imperial Rome, he would have modeled imperious busts of emperors—he presents all human figures with dignity and elegance. It’s only in our time and place that he doesn’t especially fit, sharing neither our appetite for sentimentality, irony nor self-expression. He also appears to have no interest in sensuality. His nude figures may be young, healthy and exquisite, but they present a figure’s character more than a viewer’s desire. His life in art appears to be an endless search for narrative, perhaps echoing his displaced life as an immigrant.

In “Shoreline” (2015), a female torso swept by water and wind, he comes closest to the natural harmony expressed by Kawamura. But his “Absurd Diary” series from this year strains against harmony to express dismay with our problematic world. His work will probably continue to go in many directions. (Chris Miller)

Through October 7 at the Chicago Cultural Center, 78 East Washington