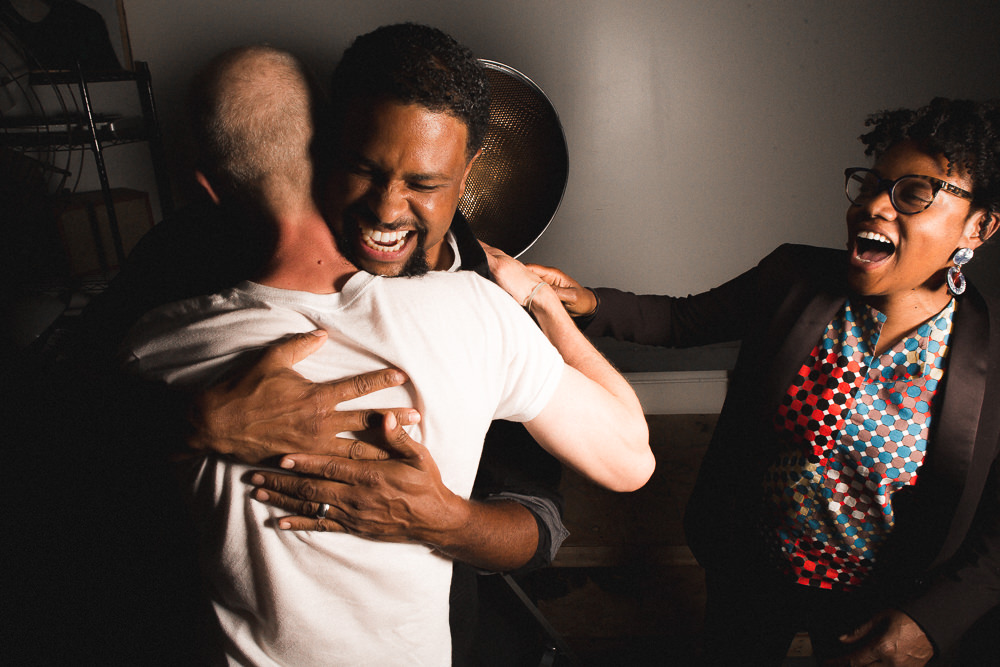 This year, Newcity’s Art 50 honors the artists who inspire all of us to see our city in a better, more beautiful light. From social practice doyens to venerable painters and sculptors, the city on the make keeps making better art each day. Careful historians of Chicago’s art will notice many former names missing from this list. Scraping down the palimpsest has made room for a few more of the myriad makers who deserve our collective recognition and thanks. (Elliot J. Reichert) 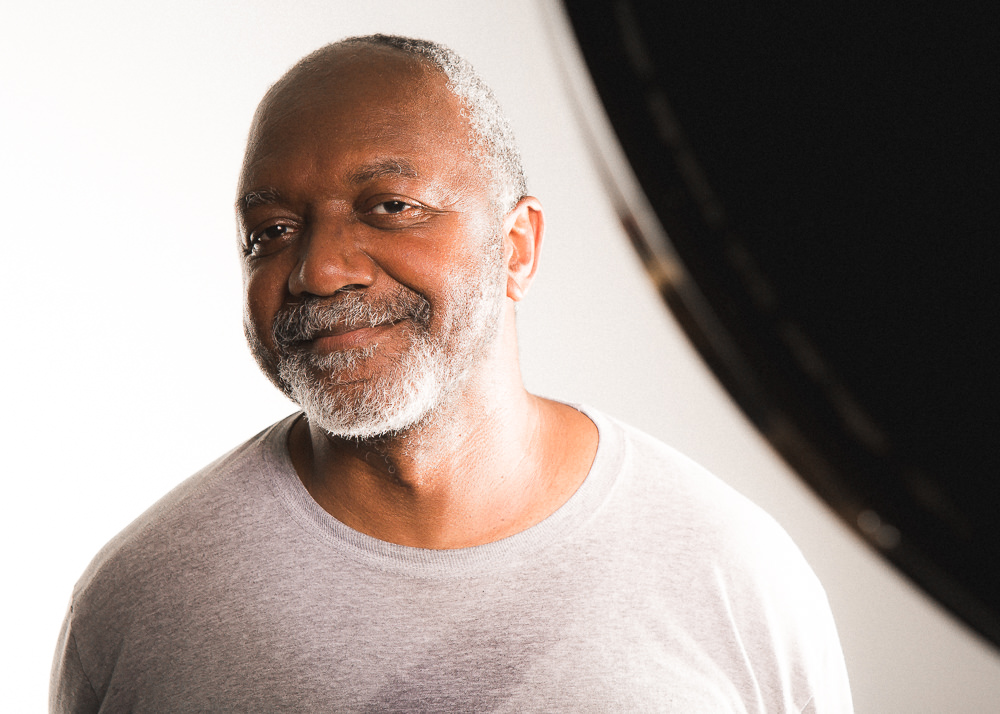 1
Kerry James Marshall
Thirty-five years worth of Kerry James Marshall’s conceptually layered, powerfully executed paintings were exhibited this year at the MCA in his career retrospective “Mastry,” an aptly titled installation which will soon travel to the Met Breuer and the Museum of Contemporary Art, Los Angeles. Marshall has consistently and doggedly unveiled the power structures that historically kept black artists out of the art-historical canon. He does this to break down, reconstitute and expand the history of representation. Marshall has inspired a generation of painters, and of conceptual artists, concerned with identity, pictorial representation and the historical and political role of art in society. Marshall’s painterly poignancy endures—a piece recently acquired by New York City’s Museum of Modern Art, “Untitled (policeman),” 2015 depicts a black Chicago police officer posed on the hood of his squad car.

2
Theaster Gates
Time and again, Theaster Gates has redefined the terrain of urban planning through his internationally acclaimed social activist and community revitalization efforts on Chicago’s South Side. Through the Rebuild Foundation, he’s developed a network of cultural spaces around the Greater Grand Crossing neighborhood, including the Stony Island Arts Bank, the Black Cinema House and the Dorchester Projects. In addition to a sculpture show this fall at Richard Gray Gallery, his latest project, “The Runners,” a quarterly performance series combining the Black Monks of Mississippi music ensemble and the Howard University Track team, will debut September 21 at the Hirshhorn Museum in Washington D.C.. 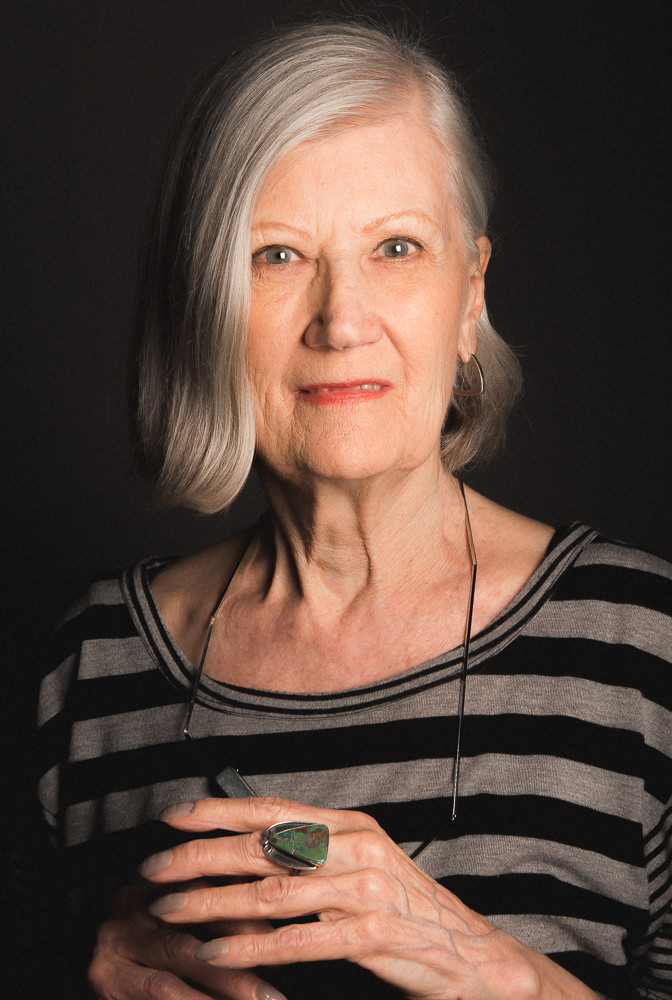 3
Barbara Kasten
“Barbara Kasten: Stages,” the artist’s first major survey, opened last year at the Institute of Contemporary Art in Philadelphia. Since then, the interdisciplinary artist has been everywhere. “Stages” travelled to the Graham Foundation and the Museum of Contemporary Art, Los Angeles. This month alone, she’s participating in “On Space and Place” at the DePaul Art Museum, has work on display at the Art Institute of Chicago and will be featured on the PBS television program “ART21.” In October, a sculpture/video piece, a new medium for Kasten, will show at KAI 10 in Düsseldorf. When not traveling for an exhibition, the eighty-year-old artist says she spends most days in her Chicago studio. If her work doesn’t inspire you, her work ethic surely will. 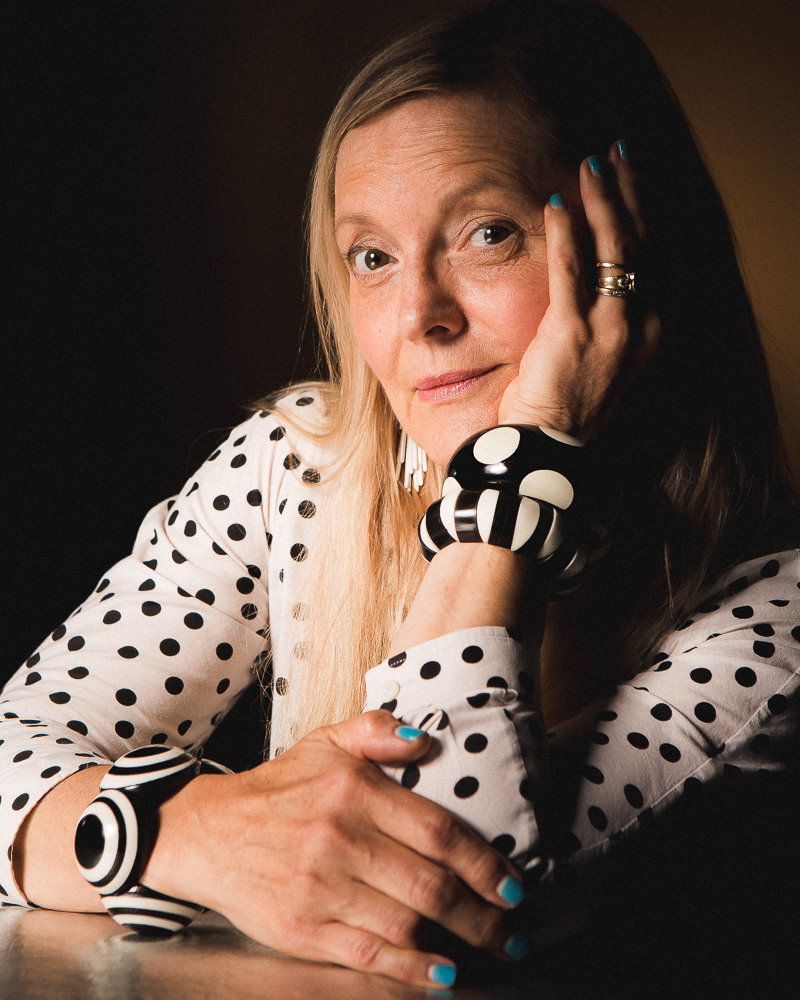 4
Judy Ledgerwood
Judy Ledgerwood’s abstract paintings evoke the history of the medium while stretching its formal and conceptual limits, combining a Modernist lexicon with rich formal symbologies. Ledgerwood is director of graduate studies at Northwestern University in the Department of Art Theory and Practice and her solo exhibition of recent paintings, “Pussy Poppin’ Power” opened to critical acclaim at Tracy Williams, Ltd. in New York in June. The United States Embassy in Vientiane, Laos commissioned her to create a large-scale, site-specific painting. 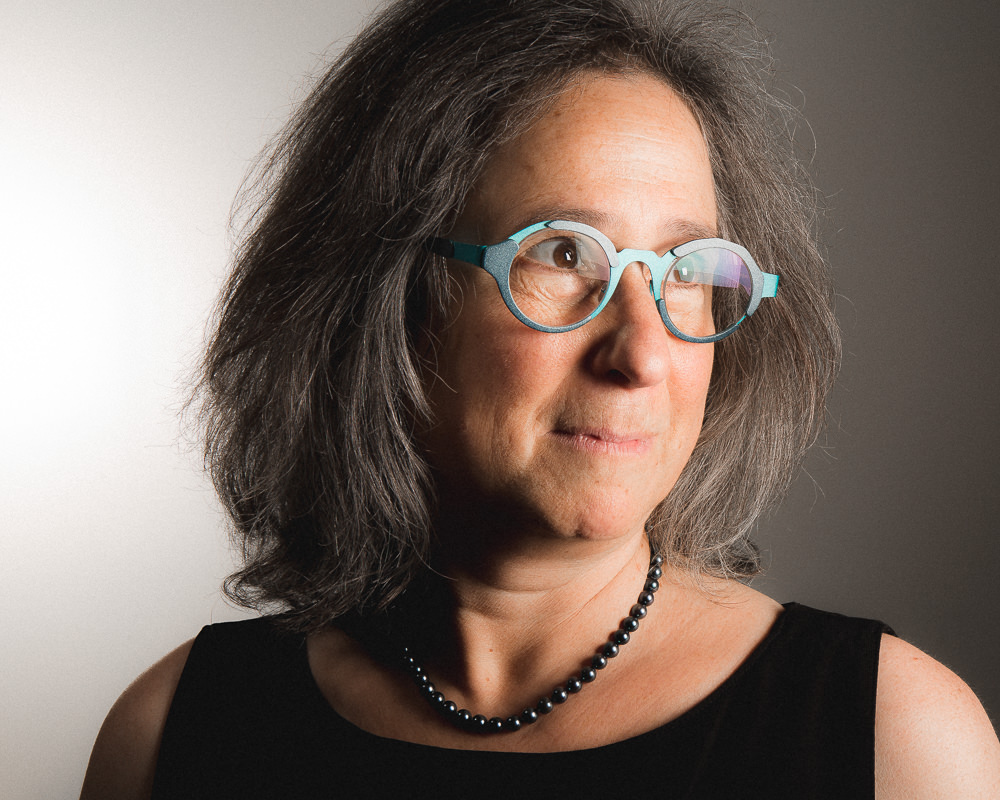 5
Jessica Stockholder
2015 was busy for Jessica Stockholder, sculptor, installation artist and chair of the Department of Visual Art at the University of Chicago. Her color-rich, immersive solo show at Kavi Gupta Elizabeth Street took over the space’s entire first floor and the exterior of the building. At the same time, she installed a massive wall painting at the Smart Museum. This year, her playful, graphic-forward installations were seen in Houston, covering an entire city intersection, and in New York City at 56 Henry and Mitchell-Innes & Nash galleries. Stockholder also recently completed a show in Vienna, Austria.

6
Dawoud Bey
Long before “Bey” meant Beyoncé, Chicago’s Bey has always been Dawoud, whose omnipresent camera is ubiquitous at openings, talks and Columbia College, where he is a faculty member. Since his renowned 1975 to 1979 “Harlem, USA” series, Bey has consistently investigated contemporary society through photographic portraiture, often focusing his lens on the black American citizen. A dedicated mentor of younger artists, Bey is deeply committed to enriching Chicago’s art community. He currently chairs the exhibition committee at the Hyde Park Art Center, where he initiated the “Ground Floor” series, which showcases recent MFAs from Chicago’s top art programs.

7
Jim Nutt
Among the Chicago Imagists, the work of Jim Nutt has stood the test of time better than any other. After the Hairy Who heyday in the mid- to-late sixties, Nutt had his first solo show at the Museum of Contemporary Art Chicago in 1974. Two years before, he’d already been among the artists who represented the United States at the Venice Biennial. In 2011, the MCA reprised Jim Nutt’s career in a major retrospective. His recent portraits, mostly female heads richly painted in flat, saturated colors and arresting semi-abstraction, belie a deep awareness of art history and his own body of work.

8
William Pope.L
Proving that equivalent objects do not constitute equivalent gestures, artist William Pope.L closed out 2015 with a twenty-five-hour performance of his piece “Cage Unrequited” at the Museum of Contemporary Art. While Pope.L rewrote John Cage’s 1961 book “Silence: Lectures and Writings” freehand on a desk by lamplight, Chicago participants read and interpreted Cage’s text page by page. Endurance, performance, race and interventions with the public have been thematic constants in Pope L.’s decades-long work as an artist. He continues to exhibit nationwide while teaching in the department of Visual Arts at the University of Chicago.

9
Michael Rakowitz
Straddling social practice, sculpture, public art and political activism, Michael Rakowitz cross-pollinates the best of each domain in his expansive, hybrid practice. From inflatable structures to house the homeless to food trucks serving Iraqi food, Rakowitz consistently defies expectations and inserts a deft, and often playful political critique back into the social fabric that so often ignores its own hypocrisies. His most recent project, shown at the 2015 Istanbul Biennial and again at the Graham Foundation this year, exemplified his historian-cum-storyteller style with a critique of Turkey’s fraught relations with its Armenian minority.

10
LaToya Ruby Frazier
“The women of Flint are strong,” Shea Cobb says. She’s the subject of “Flint is Family,” a 2016 black-and-white photo and video project by LaToya Ruby Frazier. Frazier is a 2015 MacArthur Fellow who relocated to Chicago two years ago to become an assistant professor of Photography at the School of the Art Institute of Chicago. Best known for her documentary work on Braddock, Pennsylvania, her former steel mill hometown, Frazier continues to capture systemic environmental racism and social activism. “We’re here and you don’t get to get rid of us,” Cobb says. Frazier makes sure her voice gets heard.

New City — Thanks for selecting these artists… There are so many that I know and have been important. The pictures are great and so glad do see Temporary Services (was at an event years ago in the west loop where they served food.. very moving performance) Maria Gaspar (interviiewed her for the MacArthur Project years and years ago with Michael Warr), as is with Faheem Mageed… Great list! Sorry I can’t name them all… Still hop to see the Kerry J M show this week….dg This is so irritating…I have tried to log in and verify my email for… Read more »