11
Nick Cave
Nick Cave inhabits the nimble space between sculpture, installation, video and sound art. Cave is famous for his Soundsuits, sculptural costumes that obscure race, gender and class markers. Although initially created as a response to the 1991 Rodney King beating, the idea of the Soundsuit as a visual metaphor for social justice has since been downplayed. His latest solo exhibition, opening at Massachusetts Museum of Contemporary Art in October, will bring this notion to the fore. The crisis of gun violence in Chicago has been weighing heavily on Cave. The exhibition will explore those issues directly through installation, performance, music, theater, art and dialogue.

12
Chris Ware
You might be surprised to find Chris Ware’s art in a gallery, but look at your coffee table and you might see a few of his pieces lying around. A prolific illustrator, Ware has authored more than a dozen graphic novels and comic compendiums, and his work frequents the pages of national magazines. In November 2015, he drew the New Yorker’s first animated cover in collaboration with NPR’s Ira Glass. But it is his March 14, 2016 New Yorker cover, depicting a Chicago Public Schools Safe Passage crossing guard, that shows his conscience is still wedded to his home city. 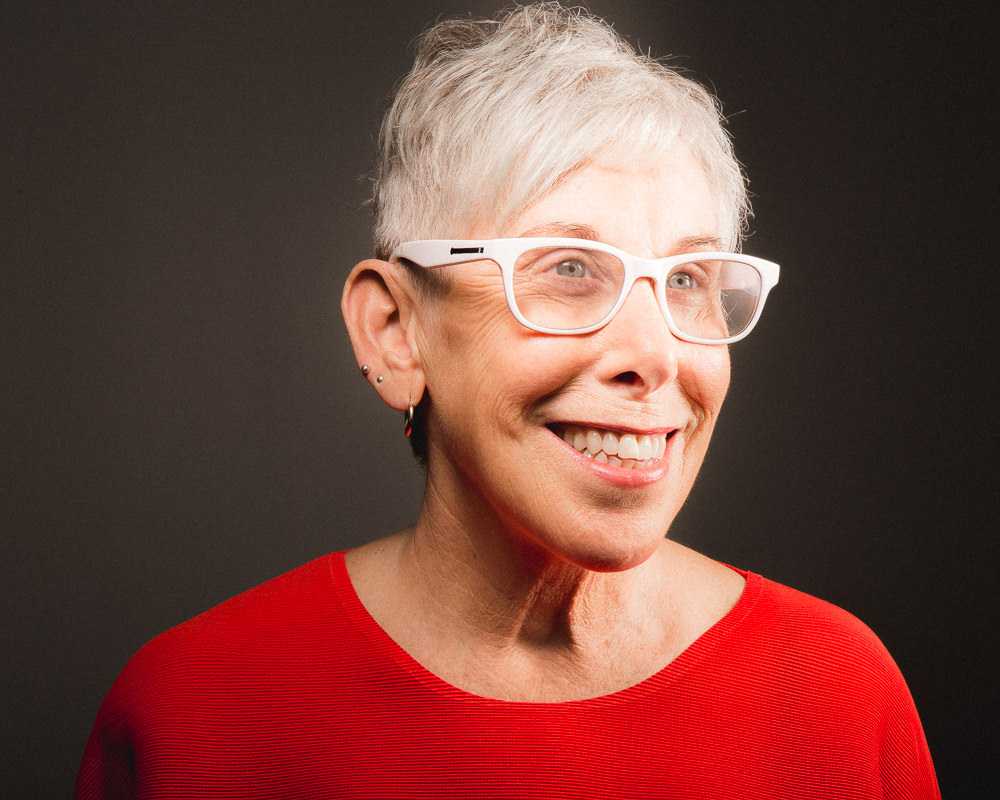 13
Sabina Ott
Sabina Ott’s chimerical structures make alchemical transformations of familiar materials writ small and large with beauty and benevolence. Ott seeks to create “environments that push against the physical space and the program of the space,” she says. This year, her tunnel-cum-grotto of carved styrofoam—debuted at the Hyde Park Art Center in February—will again impress Ott’s will on the cavernous hall of EXPO Chicago. Last year, the second iteration of her Terrain Biennial including seventy-five artists and three collectives exhibited at seventy-five different locations starting at her porch in Oak Park and with sites as far away as Cambodia.

14
Temporary Services
“We’d feel safer without Police,” reads a poster by Marc Fischer, one-half of the art collective Temporary Services. Amid a mainstream art world that can feel vapid and market-driven, the group, co-run by Brett Bloom, remains committed to a more accessible, alternative way of art-making. “Art and activism feel more integrated than ever in Chicago,” they say. The prolific duo maintains Half Letter Press, which is publishing a consciousness-raising booklet with the activist Mariame Kaba. They will be at the NY Art Book Fair, and will bring their Self-Reliance Library to Laura Schaeffer’s new Oak Park space—formerly Michelle Grabner’s Suburban—next spring. 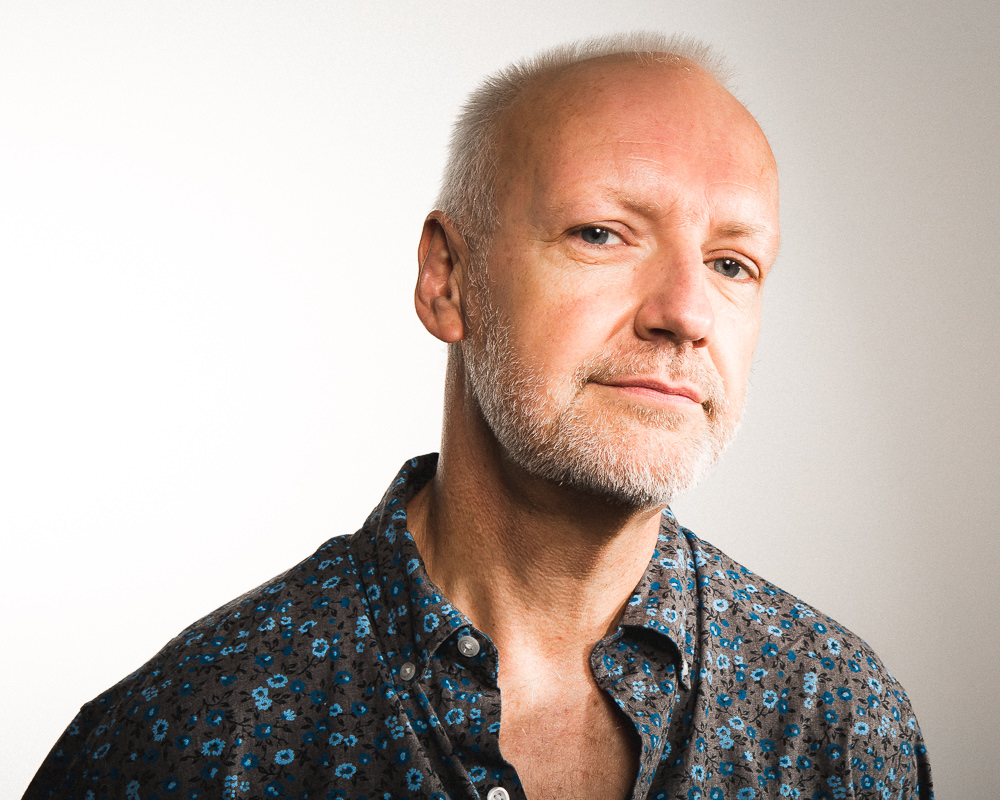 15
Tony Tasset
Humor and humility are rare bedfellows in contemporary art, but Tony Tasset somehow makes them work together every time. More anti-disciplinary than interdisciplinary, Tasset’s work often takes the form of monumental, fabricated sculpture, like his thirty-foot-tall eyeball installed in downtown Chicago and, more recently, his colorful, paneled “monument” to 400,000 artists (everyone the artist could remember and/or Google), installed this past winter in Grant Park, a project originally debuted at the 2014 Whitney Biennial. At Art Basel Miami last year, Tasset installed a massive, hyperrealistic deer grazing in the park grounds outside the fair. Fairgoers were like, well, deer in headlights over this beguiling piece. 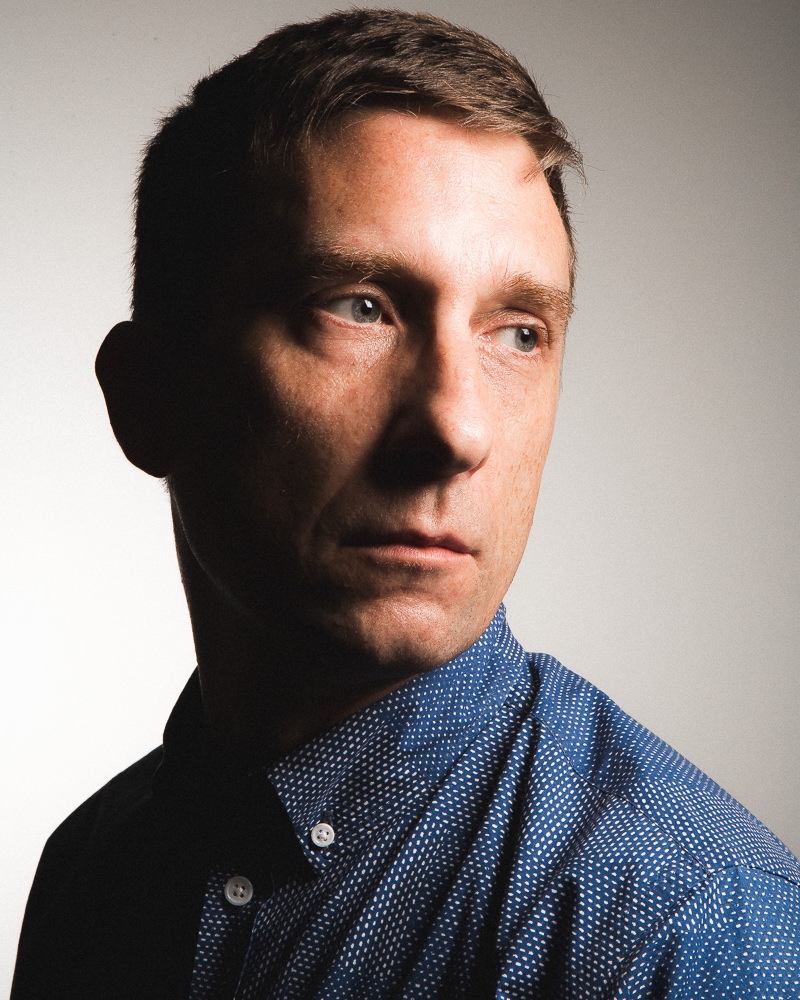 16
William J. O’Brien
Truly an artist’s artist, William J. O’Brien delights in form and color in his drawings, paintings, prints and—most notably—ceramics. Abstraction, color field painting, psychedelia and Pop appropriation take equal footing in his oeuvre. After his 2014 solo show at the Museum of Contemporary Art, O’Brien continued to show heavily in Chicago and the area. But next year, O’Brien will open two solo shows, one at Marianne Boesky Gallery in New York and another at the Kentucky Museum of Art and Craft in Louisville. Before then, he’ll be debuting some bronze sculptures at Art Basel Miami Beach. 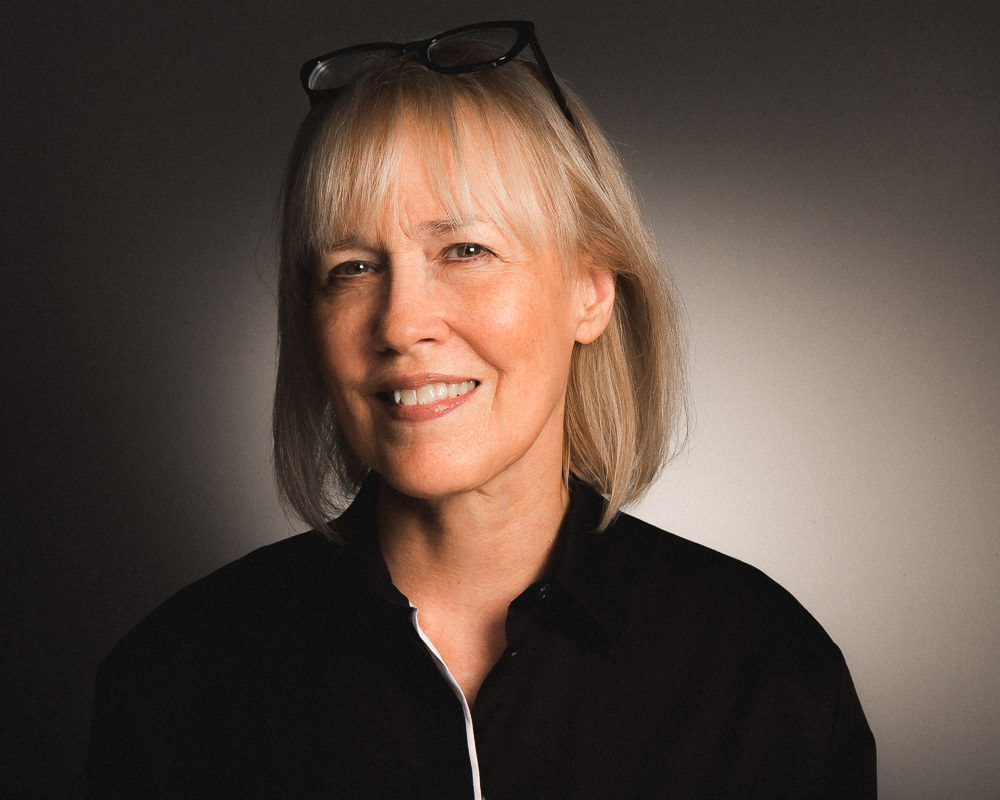 17
Anne Wilson
Working between performance, video, textile, fiber and sundry other media, Anne Wilson’s practice defies easy categorization. Coming off of a year as a prestigious United States Artists Distinguished Fellow, Wilson continues to stretch the tensile limits of her practice. Last year, she was included in “Pathmakers: Women in Art, Craft and Design, Midcentury and Today” at the Museum of Arts and Design in New York and “Art_Textiles” at the Whitworth Art Gallery in Manchester, England. She has a show this fall at the 21st Century Museum of Contemporary Art in Kanazawa, Japan and a solo show at Rhona Hoffman in 2017. 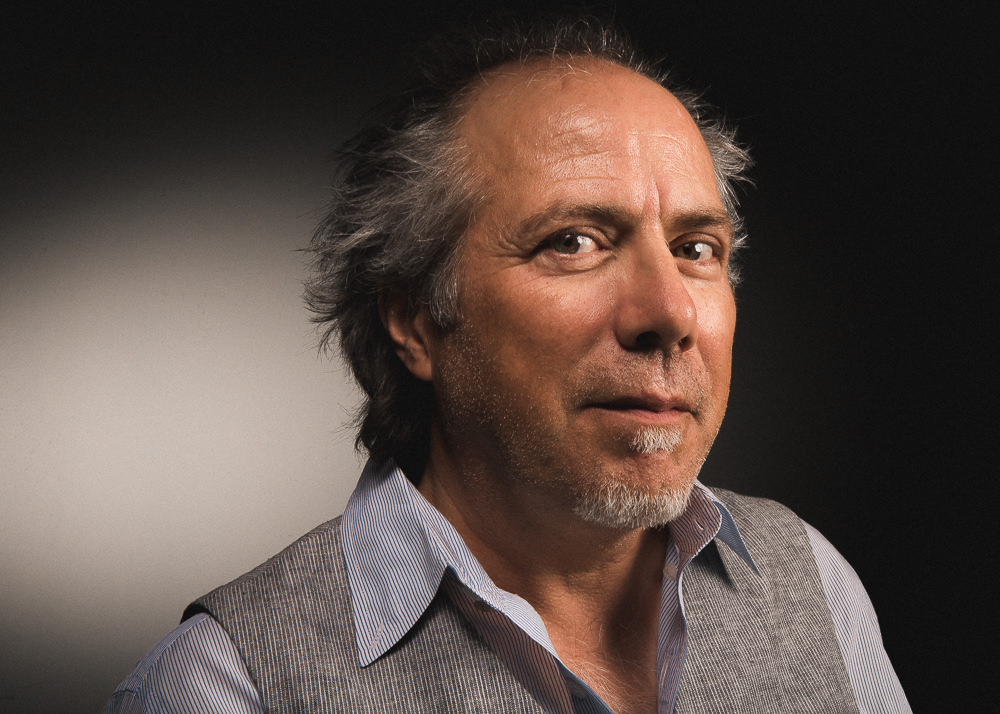 18
Iñigo Manglano-Ovalle
Uniting the political commitment of social practice with a Minimalist attention to the finer details, Iñigo Manglano-Ovalle makes seductive sculpture, video and installations that slowly reveal their deep political significance. In 2014, he stole the show at SAIC’s “A Proximity of Consciousness: Art and Social Action” exhibition with his “Seven Thousand Cords (After Beuys),” a large installation of split firewood arranged in rectangular stacks, evoking climate change and humankind’s ever growing fuel consumption. At EXPO Chicago 2015, he exhibited a life-sized replica of the wing of a RQ-1 Predator drone, the first unmanned aerial vehicle deployed over Afghanistan.

19
Irena Haiduk
Irena Haiduk’s major solo show at the Renaissance Society, “Seductive Exacting Realism,” kicked off the institution’s hundredth-anniversary season last year. A companion work to the Ren installation appeared in the 2015 Istanbul Biennial, and we’re sure to see more high profile appearances soon. Haiduk’s latest endeavour is called “Yugoexport,” a “productivist force extending the institutions of leisure and labor,” offering “release from the cruelty of waiting, wasting, transition, and sucking the life out of things” and operating with the tagline “Hope is the greatest Whore.” 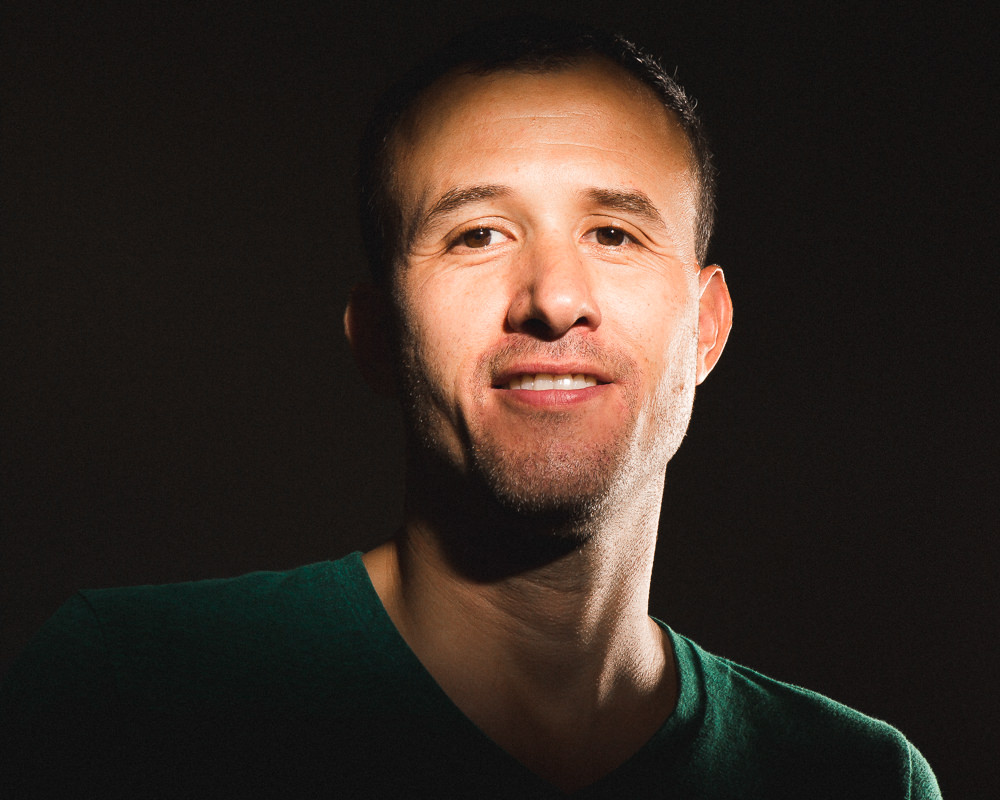 20
Alberto Aguilar
Alberto Aguilar is an artist, curator and a teacher at Harold Washington College. His work is both pointed and poetic, with an aim to bring art’s focus into the commons. This was particularly true in his multi-faceted museum education residency at the Art Institute of Chicago. The residency featured public lectures, gallery interventions and a controversial “takeover” of the AIC’s Instagram account that closed with a song performed by his children. “My work incorporates my various life roles into my practice,” Aguilar writes, with the hope that intersecting life at home and life at the museum serves “as a model of how to continue to make art alongside multiple other responsibilities.” His next project will take place in an empty parking lot in Miami’s Little Haiti neighborhood in October.