21
Tony Lewis
Toying with the often coded linguistics of racial identification and discrimination, Tony Lewis imbues cool Minimalism with the urgency of America’s fraught socio-political present in his oversized pencil and graphite dust drawings on paper and canvas. His work took a bigger stage at the 2014 Whitney Biennial, and since then, he opened a solo exhibition at Museo Marino Marini in Florence and was shown in a Constellation exhibition at the Studio Museum in Harlem, as well as a two-person exhibition with Karl Haendel at LAXART in Los Angeles, and group shows at HOME in Manchester and the Aspen Art Museum. 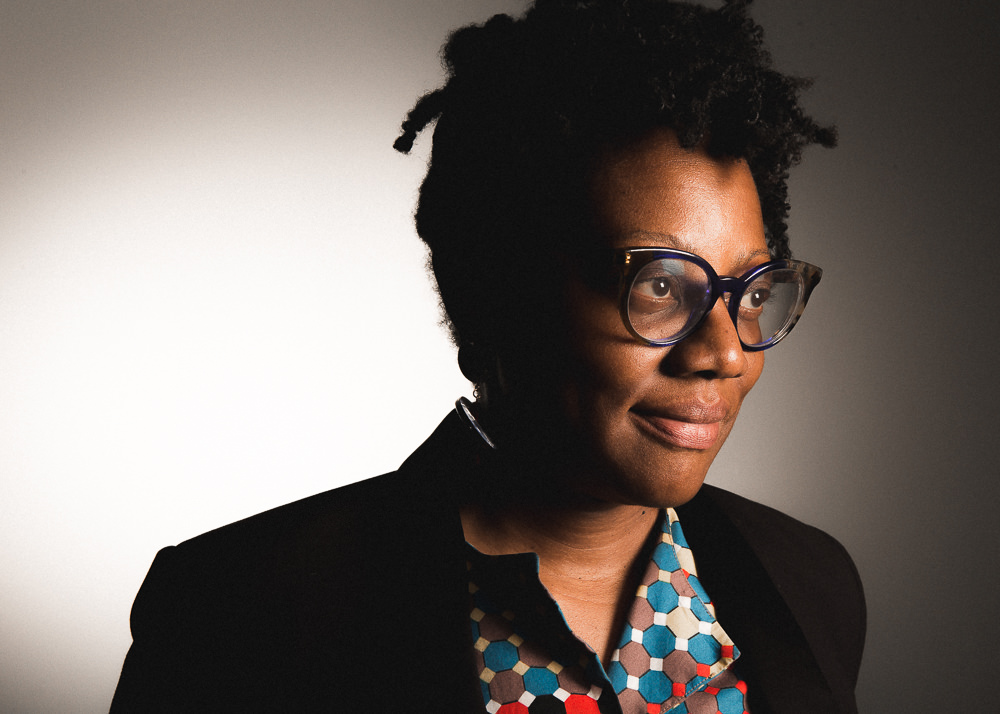 22
Cauleen Smith
Cauleen Smith embodies the spirit of the artist-as-researcher. Her performances, videos, installations and objects are the fruit of many-years-long investigations, often centering around the theories and histories of radical black aesthetics, experimental film and phenomenology. After three years of considering Sun Ra, she’s recently moved to look at Alice Coltrane, Simon Rodia and Rebecca Cox Jackson for an installation that will open at the Institute of Contemporary Art Philadelphia. She is also finishing a short video inspired by Octavia Butler’s “Kindred,” which will include her foray into CGI effects. 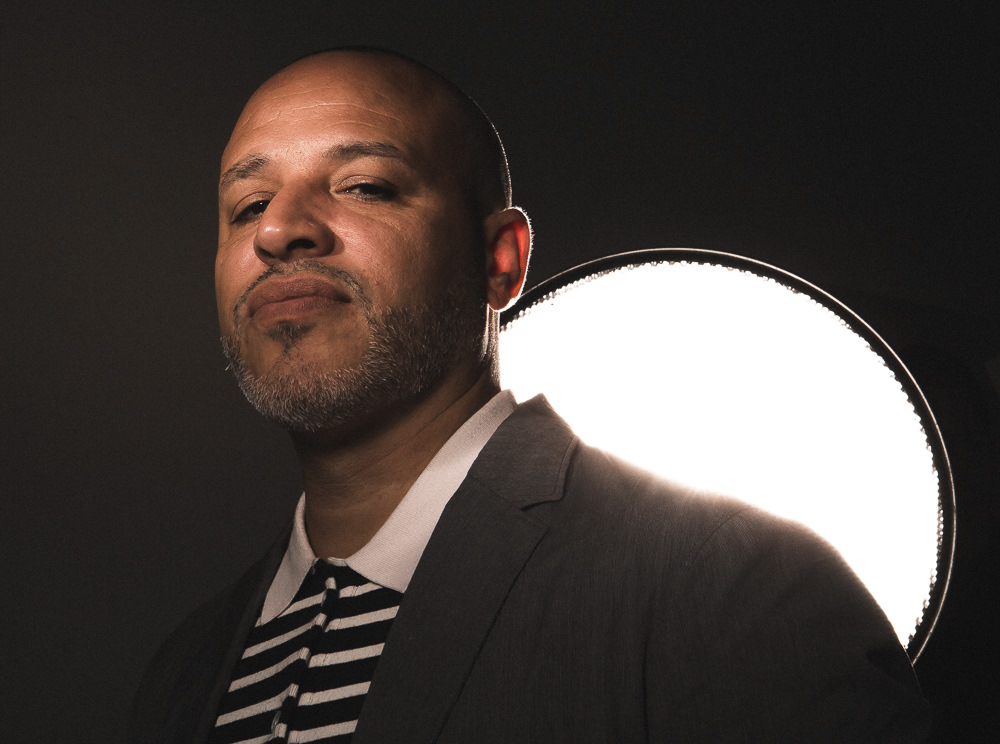 23
Carlos Rolón/Dzine
Carlos Rolón’s practice is a triumphant and heady mix of intimate hagiography and pop culture crafted with meticulous care and baroque flair. In the luxe excess of gilded flowers and simmering neon is a push toward something bigger, better, more beautiful. If his spectacular solo show at the Chicago Cultural Center or his “Ace of Fades” window work at Monique Meloche Gallery this year are any indication, this clarion call will be broadcast across Puerto Rico when he shows at the renowned Museo de Arte de Ponce this fall. If you can’t travel to see it, look for his “Nomadic Habitat (Hustleman)” collaboration with Chicago street vendor Garland Gantt at this year’s EXPO Chicago.

24
Hebru Brantley
Perhaps no one better personifies the hopes and dreams of Chicago’s black youth than Hebru Brantley, the painter and graphic designer whose iconic “Flyboy” figure melds superhero and sci-fi in the figure of a young, goggle-clad aviator. A painter, street artist, cartoonist and designer, Brantley’s massive “Chi Boy” mural was among the first to grace the walls of the South Loop’s Wabash Art Corridor in 2015. His largest work to date, the piece soars above the city, reminding Chicago that art, like life, is meant to be joyful, hopeful and playfully imaginative. 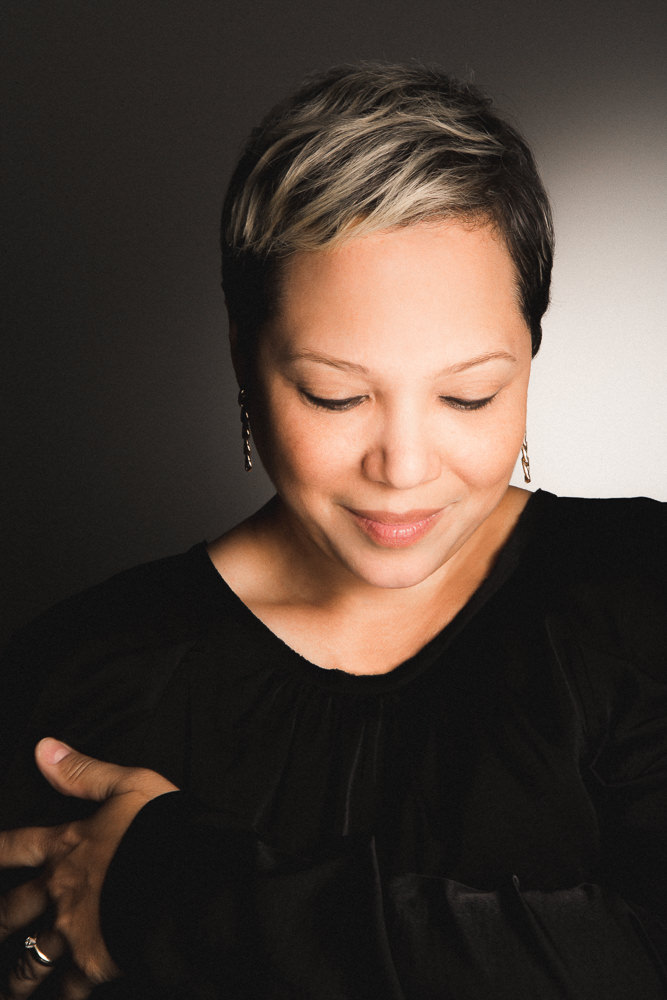 25
Edra Soto
2016 has been a very good year for Edra Soto. If you didn’t see her solo show at Cuchifritos Gallery in New York, perhaps you saw her other solo shows at The University of Illinois, Springfield, and locally at Corner Gallery. Or, you saw her included in the Elmhurst Art Museum Biennial “Chicago Statements.” Her work was included in the Fourth Poly/Graphic Triennial of San Juan and the Caribbean this year, too. Always generous, Soto recently spread the spotlight with twenty-five Chicago-connected Latino artists at the Chicago Cultural Center’s “Present Standard” exhibition, which she co-curated with Josue Pellot. See our feature interview for more. 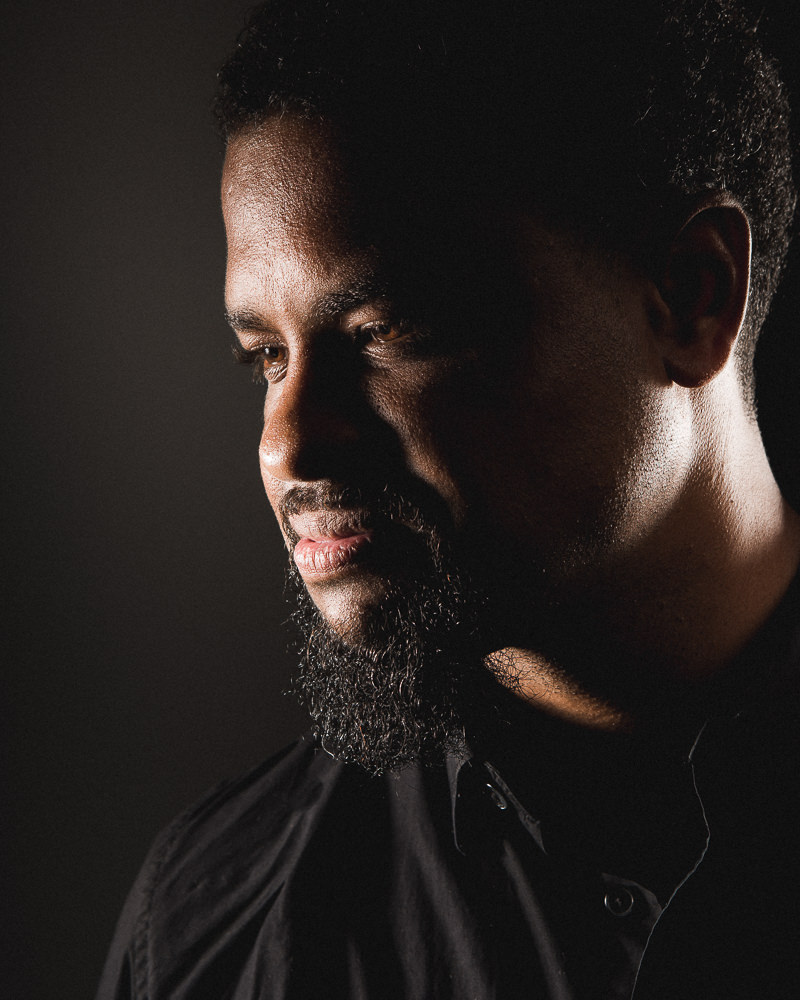 26
Faheem Majeed
Faheem Majeed is a builder of objects, ideas, movements, discourse and communities. Based in Chicago’s South Shore neighborhood, Majeed investigates this hyperlocal context to consider civic responsibility, systemic racism and notions of activism. As a curator, teaching artist and university professor, Majeed deeply understands Chicago’s cultural ecosystem, knowledge he uses to address transformation, value and change in his studio practice. His latest project, “Floating Museum,”  currently an architectural intervention and programming in Calumet Park, will transform into the larger project to be installed at the DuSable Museum of African American History. “Floating Museum” is a collaboration between Majeed, Jeremiah Hulsebos-Spofford and architect Andrew Schachman. Majeed is also working on the installation “Fields of our Fathers” as part of the Fermentation Fest organized by Wormfarm. 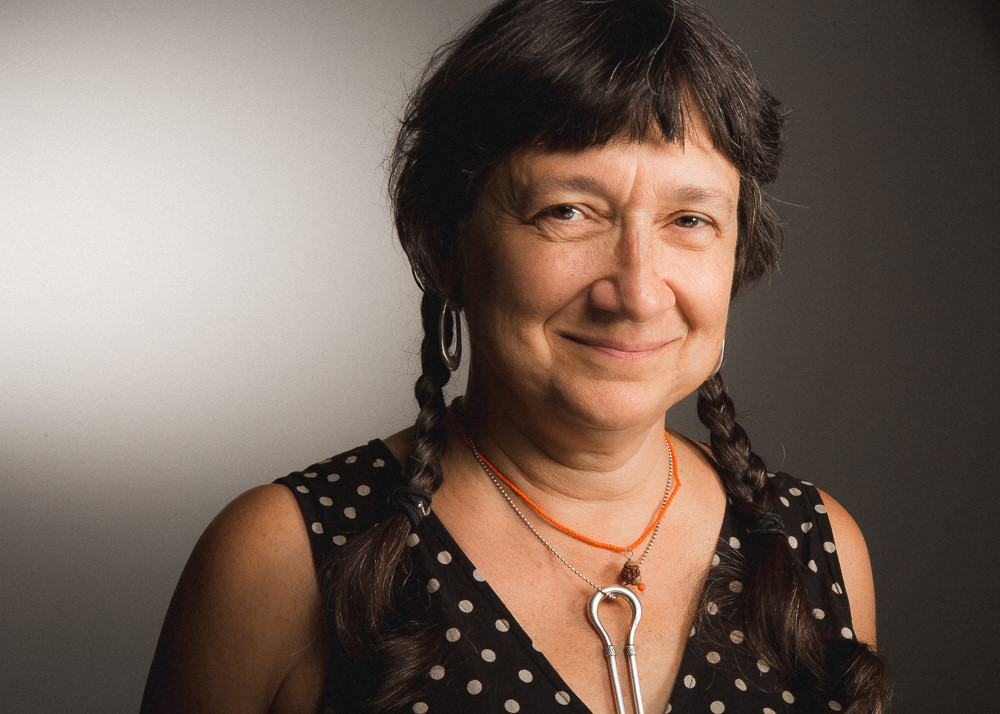 27
Claire Pentecost
Claire Pentecost’s “A Glossary” from the 2014 anthology “Immersive Life Practices” is required reading for artists of any discipline. Pentecost defines terms like  “money” as “A way of organizing people and power hierarchically.” Using the structure of a standard glossary, she straightforwardly yet acerbically reveals the subtext that goes into these seemingly official endeavors.This line of thinking continues in her recent contribution to the group show “Petcoke:Tracing Dirty Energy” at the Museum of Contemporary Photography, in which she presents aesthetically arresting hand-blown glass teardrops that are made up of industrial byproducts. A similar installation by her can be seen at the Sursock Museum in Beirut, in the group show “Let’s Talk About the Weather.”

28
Richard Hunt
After his concurrent retrospectives at the Chicago Cultural Center and the Museum of Contemporary Art in winter and spring 2015, Richard Hunt’s prolific sculptural career recently received its due in his home city. Known for his monumental brushed and welded steel pieces á la a more surreal and dynamic David Smith, Hunt’s recent exhibitions revealed the quirky and intimate dimensions of his studio practice in numerous small sculptures and studio maquettes. After more than sixty years, Hunt generally still sculpts his signature, massive outdoor works in his Lincoln Park studio. 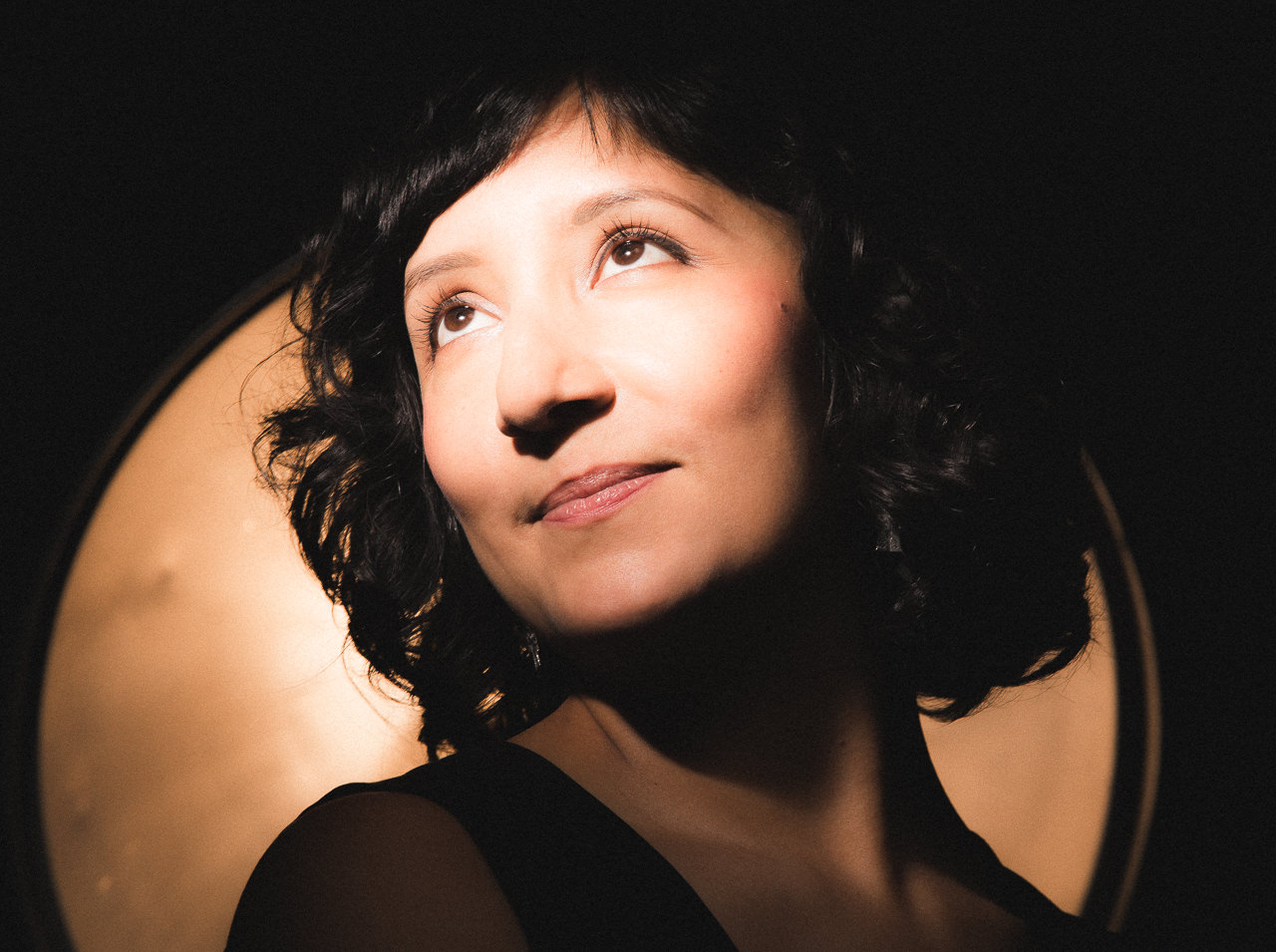 29
Maria Gaspar
Maria Gaspar’s interdisciplinary practice is steeped in radical pedagogies and revolutionary dreams. Her work focuses on interrogations of space, power, justice and equity. Her latest project, “RADIOACTIVE: Stories from Beyond the Wall,” supported by the Robert Rauschenberg Foundation, will consist of radio broadcasts and visual projections on Cook County Jail. She recently participated in the group show “For Freedoms” at Jack Shainman Gallery in New York, and will be presenting on Latinx institutional representation at the Ford Foundation. Gaspar gives issues on the margins—mass incarceration, racism, sexism, poverty—local and national visibility.

30
Beate Geissler and Oliver Sann
For more than a decade, Beate Geissler and Oliver Sann have investigated the murky territory of virtual communications and humankind’s increasing dependence on digital technologies, especially in the global finance industry. For their 2014 Graham Foundation-funded artist book “Volatile Smile,” Geissler and Sann photographed the bizarre and banal office spaces of Chicago’s digital financial markets. Having just participated in the Dubai Biennial and the Anthropocene Campus at the Haus der Kulturen der Welt in Berlin, the duo has work in the fall Museum of Contemporary Photography exhibition “Petcoke: Tracing Dirty Energy” and will be collaborating with the musician Marcus Schmickler at the Internationale Photoszene Köln later this year.