31
Scott Reeder
Scott Reeder, an associate professor of painting and drawing at School of the Art Institute, juggles multiple projects at any given time. Last year he co-curated “Civilization and Its Discontents,” an exhibition celebrating the SAIC’s 150-year anniversary with his brother, Tyson, also an artist. He had a solo show at Kavi Gupta, featuring painting and sculpture referencing “Moon Dust,” a film he completed in 2014 after working on it for eleven years. From his pasta paintings to his roving comedy night “Club Nutz,” Reeder cleverly mixes whimsy with conceptual ideas, inserting some much-needed levity into the contemporary art world. 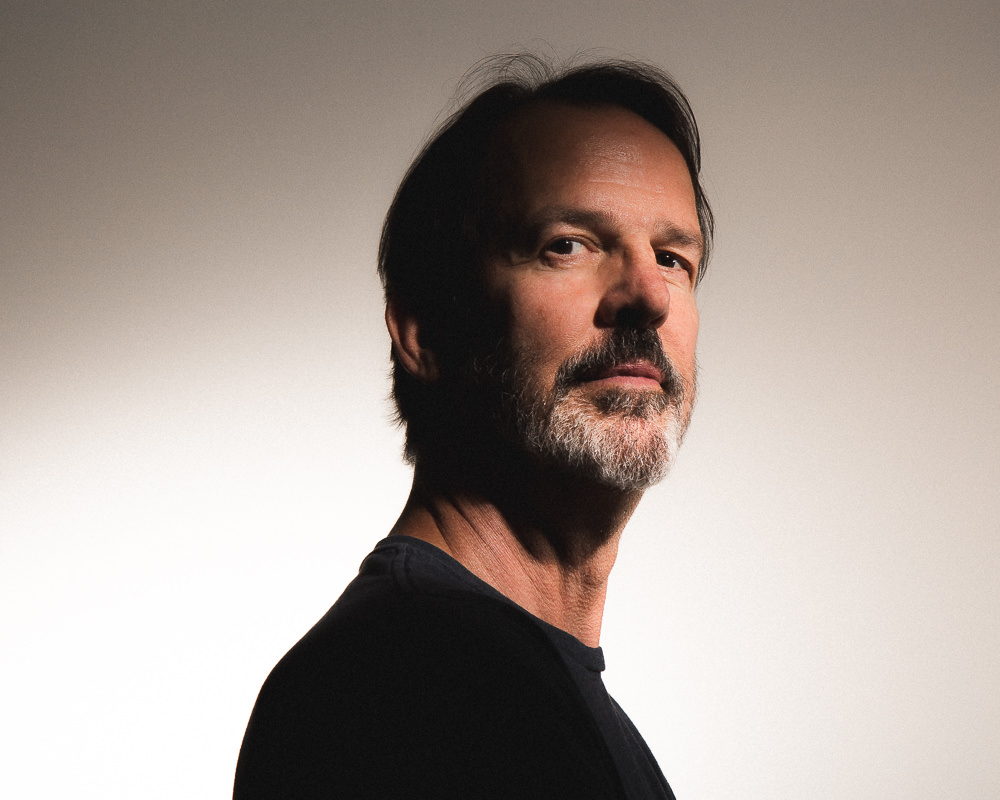 32
Richard Hull
Veteran Chicago artist Richard Hull is known for what he calls “stolen portraits,” a recognizably bubbly and colorful abstract style that forms figures and portraits resembling hairstyles through the looping of lines and shapes. Currently represented by Western Exhibitions, Hull’s work has been shown throughout Chicago and across the nation, and he teaches painting and drawing at the School of the Art Institute of Chicago. This fall he will take his work to San Juan, Puerto Rico for an exhibition at Roberto Paradise Gallery. 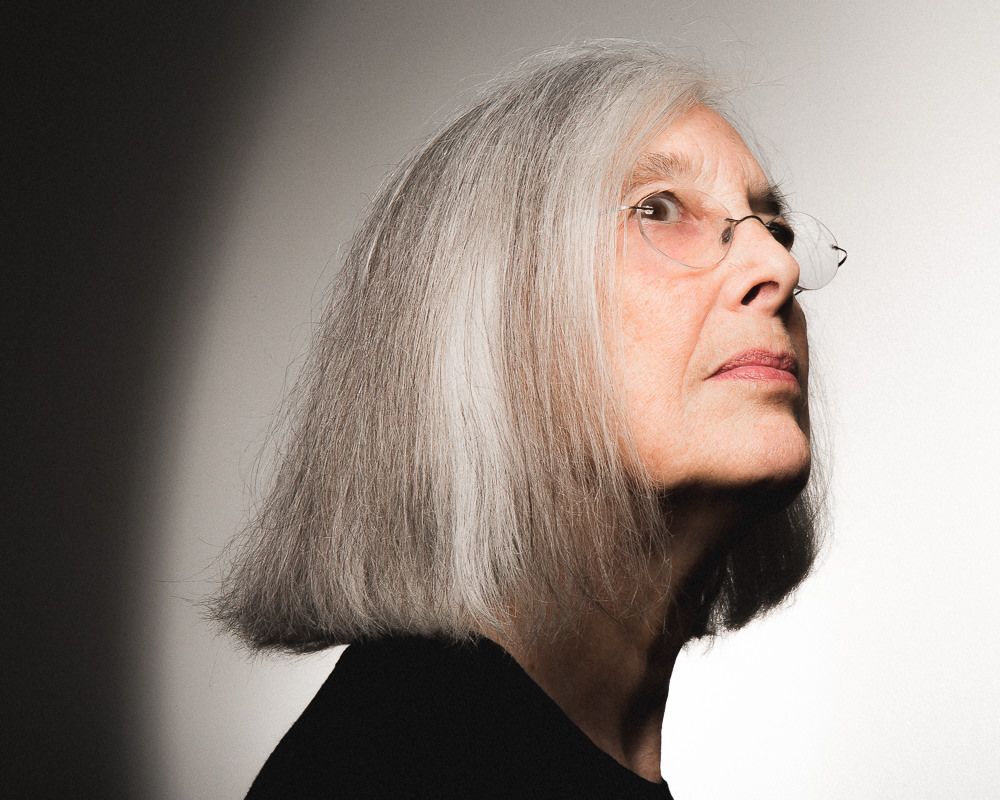 33
Diane Simpson
Diane Simpson, best known for making sculpture inspired by the design of commercial displays from the early twentieth century, has put forty years time in the studio. Her Deco-derived installations accentuate the absurd beauty of these oft-overlooked armatures and the fashion they proffer. In 2015, she presented a solo show at the Institute of Contemporary Art Boston, and earlier this year, Chicagoans were treated to her work at the Museum of Contemporary Art. Doubling down on her Boston and Chicago presentations, Simpson’s work is included in the ICA Boston’s group exhibition, “First Light,” this fall and her solo show opens the fall season at Corbett vs. Dempsey.

34
Tony Fitzpatrick
Twice a month, Tony Fitzpatrick muses on the state of Chicago and the wider world in “Dime Stories,” his Newcity column that melds cultural criticism, political diatribes and social commentary, each illuminated with an original illustration from the master himself. His recent exhibition at the DePaul Art Museum showcased his long fascination with illustrating birds, along with prints, drawings and collages from two decades of the artist’s practice. Heavily involved in the AdventureLand Gallery, which shows works on paper by less-established artists, Fitzpatrick is committed to supporting emerging artists. His book, “The Secret Birds,” was published this year and a second volume, called the “Silent Birds,” on extinct and endangered species, will be out next year. 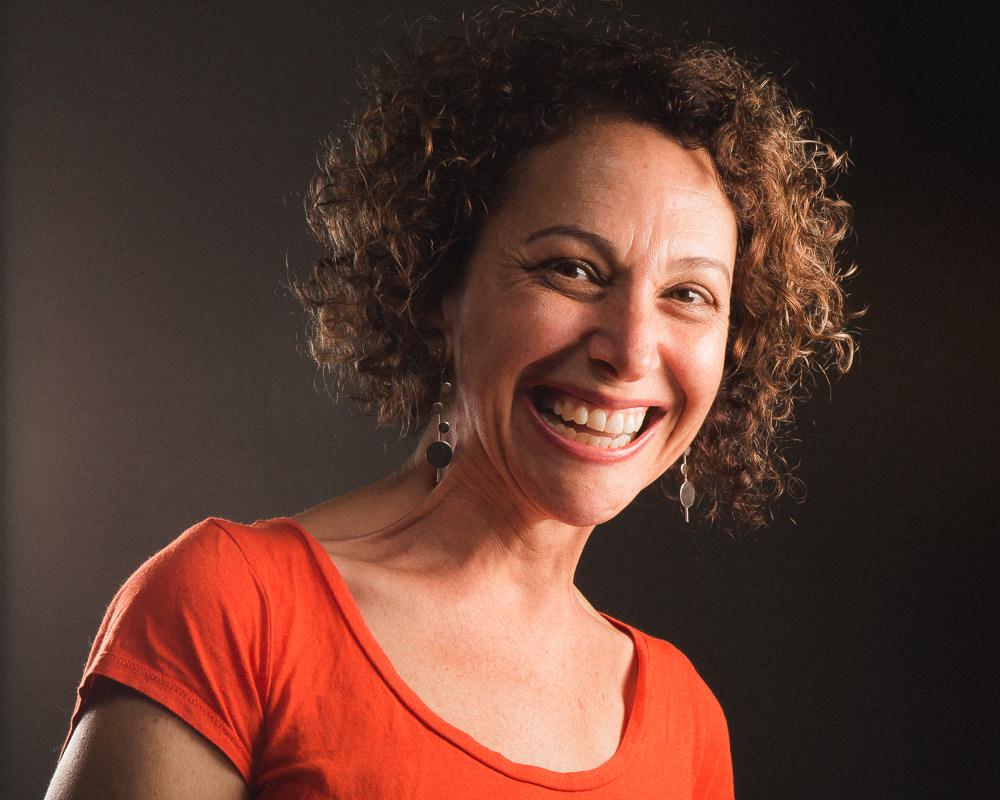 35
Dianna Frid
Dianna Frid’s poetic, reflective, research-driven work investigates the intersection between text, textile, material and history. Frid has been in the Chicago spotlight the past year, with two-person exhibitions at the Poetry Foundation, “Dianna Frid and Cecilia Vicuña: A textile exhibition,” and the DePaul Art Museum, “Dianna Frid and Richard Rezac.” Frid is associate professor at University of Illinois at Chicago, where students have benefitted from her thoughtful approach to mentoring since 2007. The university recently awarded her the College of Architecture and the Arts Dean’s Research Prize, which allowed her to travel to Croatia to join an interdisciplinary research group called “Translating Vitalities.”

36
José Lerma
Using everything from traditional oil paint to carpet and fabrics, José Lerma breathes new life into tired conversations about the so-called death of painting. His artworks explore power dynamics among artists, arts institutions, collectors and viewers. Lerma recently completed a site-specific installation for the Kemper Museum of Contemporary Art inspired by the museum’s collection and the architecture of the surrounding neighborhood. Upcoming exhibitions include solo shows at Kavi Gupta and Brand New Gallery (Milano), and a curated project, “Militant Nostalgia” for Nuit Blanche in Toronto. Lerma is also putting the finishing touches on a forthcoming monograph. 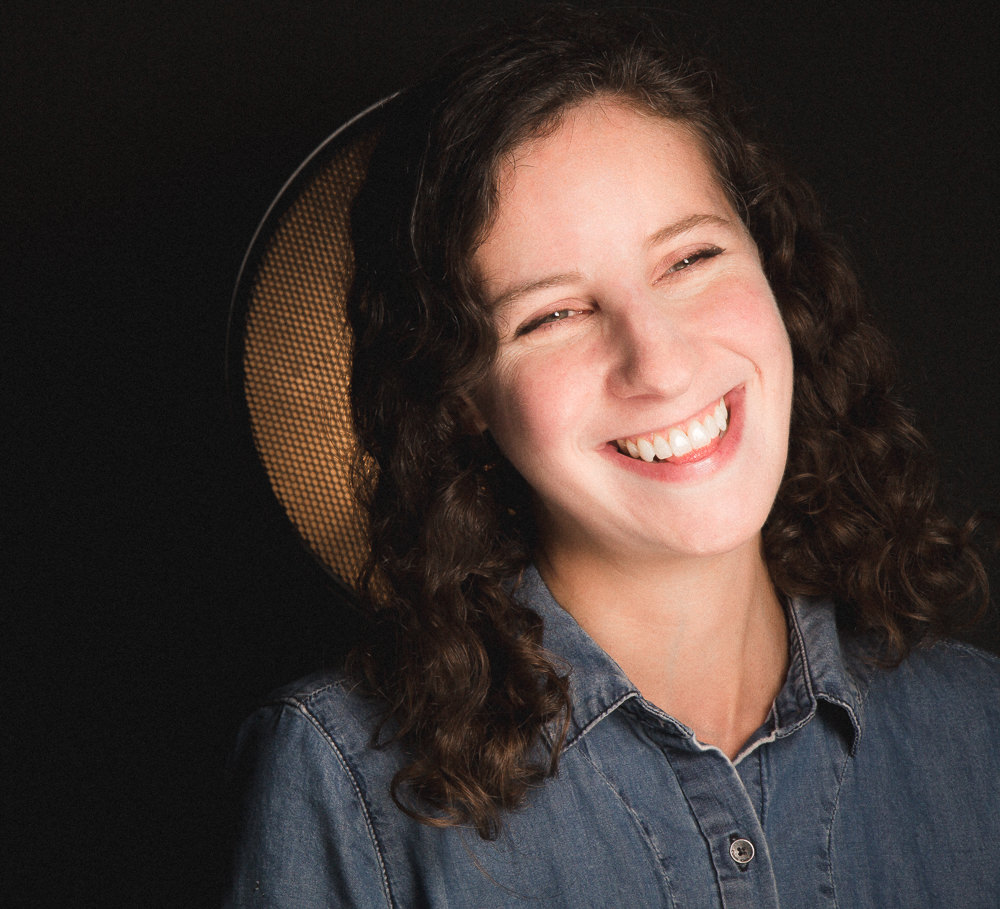 37
Deb Sokolow
Deb Sokolow elevates drawing to the epic scale and subject matter of art history’s masterworks. Executed with an iconic, self-consciously crude style and heavily annotated in stick lettering, Sokolow’s works weave webs of conspiracy laced with dark, acerbic humor. Musing on mysterious rest stop briefcase exchanges and the possibility that Philly cheesesteaks are made from troll meat, for example, her narrative drawings sing of paranoia and social anxiety. This fall, she has a solo show at Western Exhibitions. Next year, she has two more at Providence College in Rhode Island and the Reading Room in Dallas. 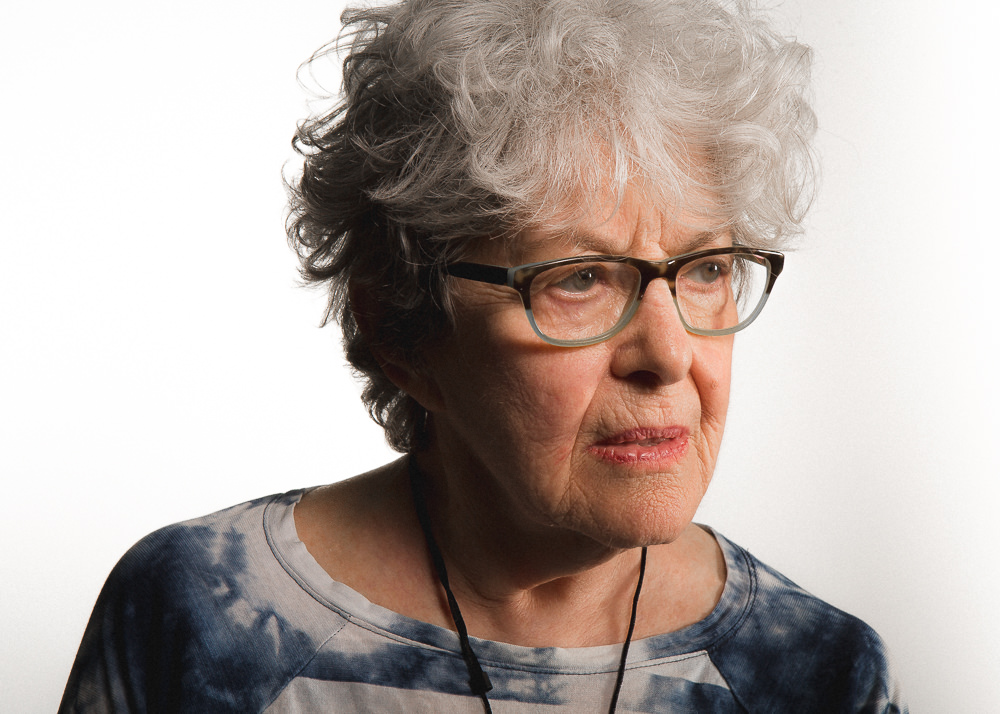 38
Margot Bergman
Margot Bergman has been exhibiting her beautifully haunting paintings since the late 1950s. Since then, she’s anticipated and embodied the very contemporary art practice of collaborating without collaboration, painting over anonymous, discarded art, leaving just enough traces of the former work to create arresting juxtapositions. Recently she has begun creating large-scale original paintings, as seen in her celebrated exhibition “Greetings” at Corbett vs. Dempsey in 2014 and in the group exhibition “Body Doubles” at the MCA. Her first New York solo show recently closed at Anton Kern Gallery. 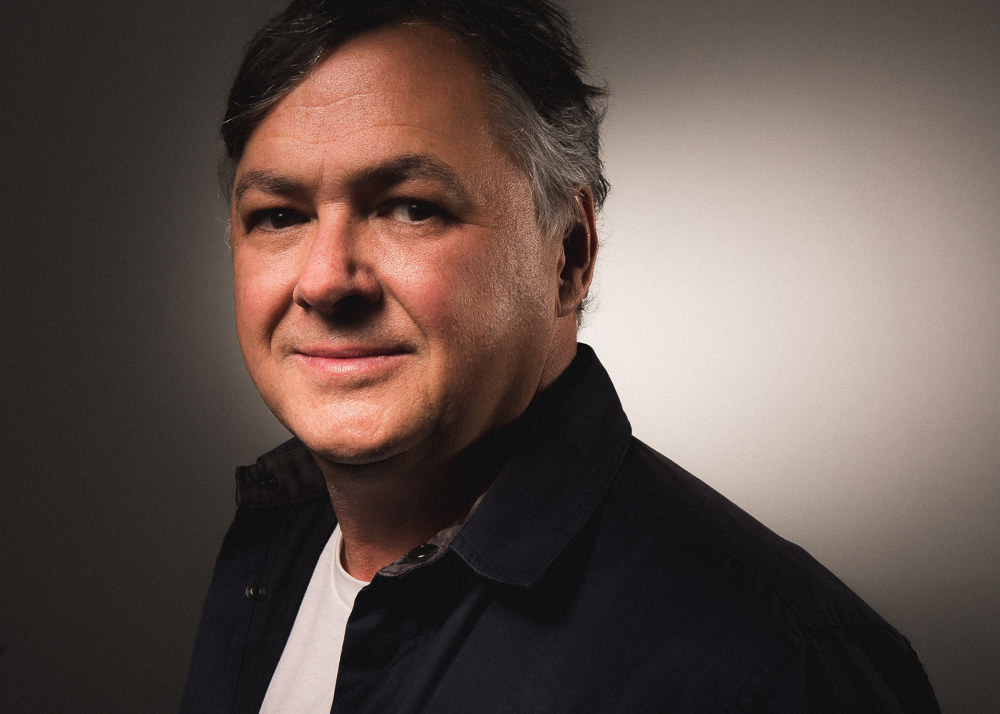 39
Dan Devening
What would Chicago painting look like without Dan Devening? Having taught the medium at the School of the Art Institute of Chicago for twenty-seven years and at Northwestern  University for fifteen, countless painters have studied under the conceptual, abstract master. A living embodiment of the intersection of life and practice, Devening has made a space for himself and the artists—both Chicago and international—at devening projects + editions, which he’s operated for more than a decade on the Near West Side.

40
David Schutter
Painter David Schutter was busy during this past year in Rome, where he was in residence under the auspices of the prestigious Rome Prize. Recently returning to Chicago to teach in the Department of Visual Art at the University of Chicago, Schutter had a solo exhibition at the Istituto Centrale per la Grafica, Rome’s largest national drawing collection. He also had group exhibitions at Fondazione Memmo in Rome, at P420 in Bologna and the American Academy in Rome. Upcoming is a group show at Salon Dahlmann, Berlin and a book of drawings with texts by Barry Schwabsky and Dieter Roelstraete.