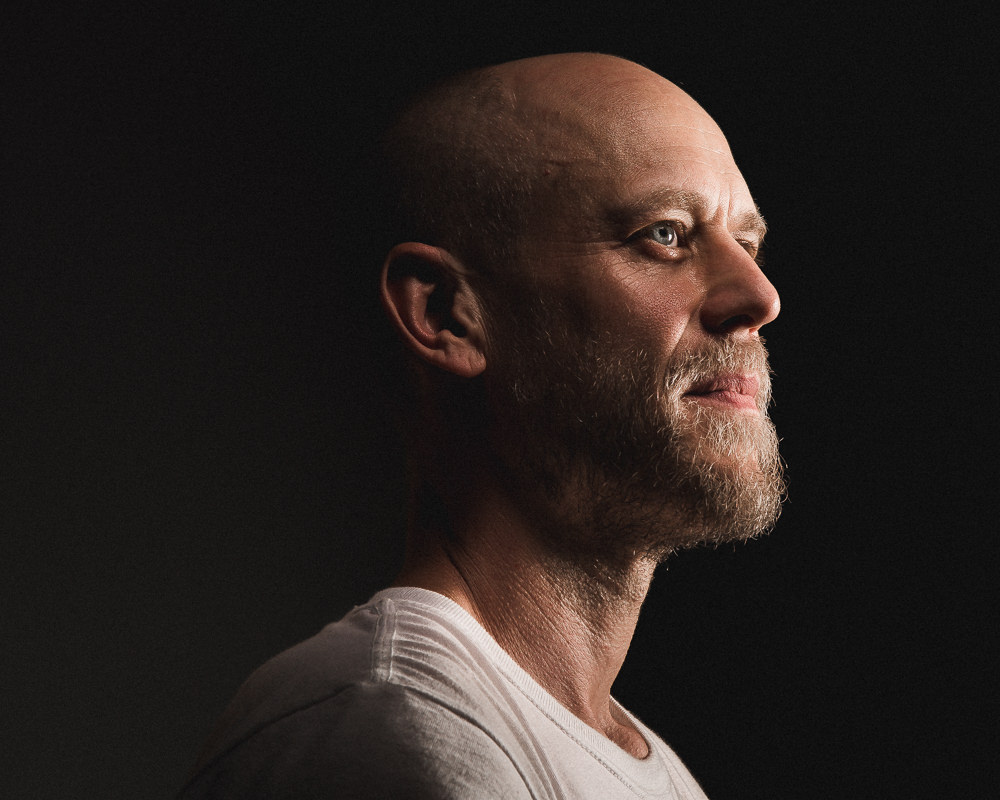 41
John Preus
John Preus’ practice comprises a range of roles: sculptor, tinkerer, writer and musician. As the descendant of Norwegian Lutheran pastors going back six generations, Preus’ deep understanding of service, collaboration and ethics infuse his approach to art and design. His recent, debut exhibition at Rhona Hoffman Gallery showed his work with salvaged material from closed Chicago Public Schools and considered social issues around race, class and education equity. Preus is a Kaplan resident at Northwestern University, where he also is teaching sculpture courses. He has also been nominated as a finalist for the United States Artists Fellowship. 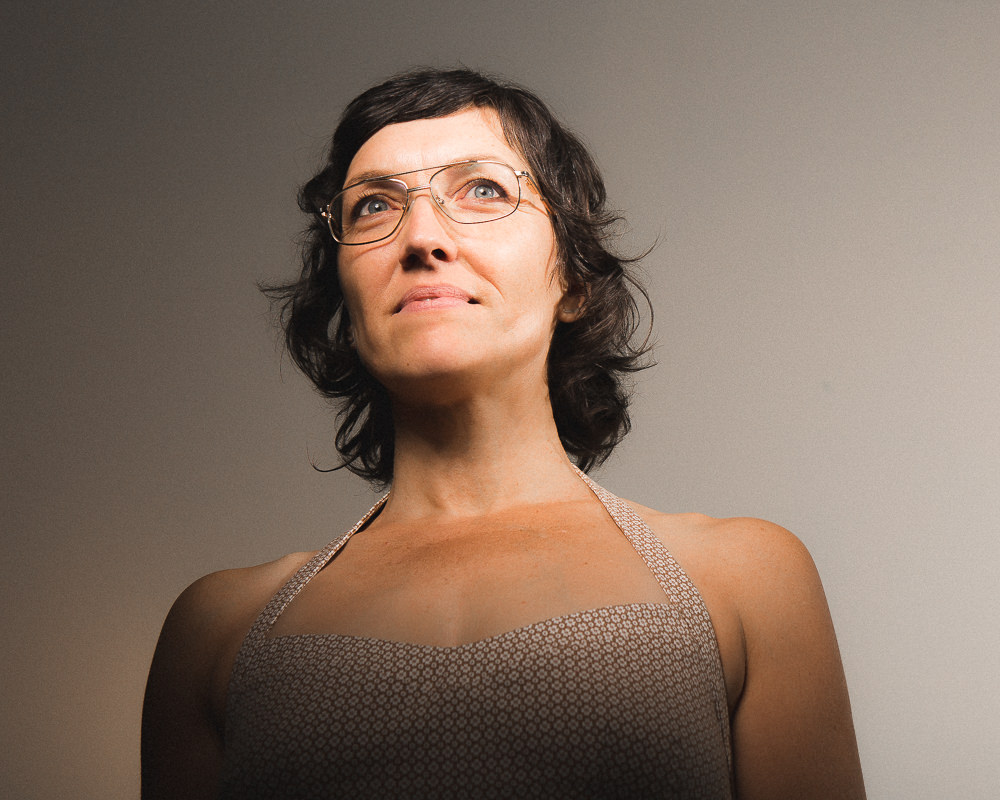 42
Deborah Stratman
If you live in the city you’ll likely find Deborah Stratman—artist, filmmaker and an associate professor of moving image at the University of Illinois at Chicago—zooming by you on her bicycle or on a screen somewhere in the city. This local ubiquity is to say nothing of Stratman’s global presence—of her practice she writes: “I am pro plant, pro film, pro books, pro sound, pro bike, pro rivers, pro bird, pro travel, pro rocks, pro time.” In 2016 she debuted the Stan Brakhage award-winning film “The Illinois Parables” at Sundance, and will be premiering “Xenoi,” a short film in collaboration with Steve Badgett and Michael Pisaro, centered around alien surveillance on the Greek island of Syros at the Berwick Film and Media Festival in the United Kingdom in late September. 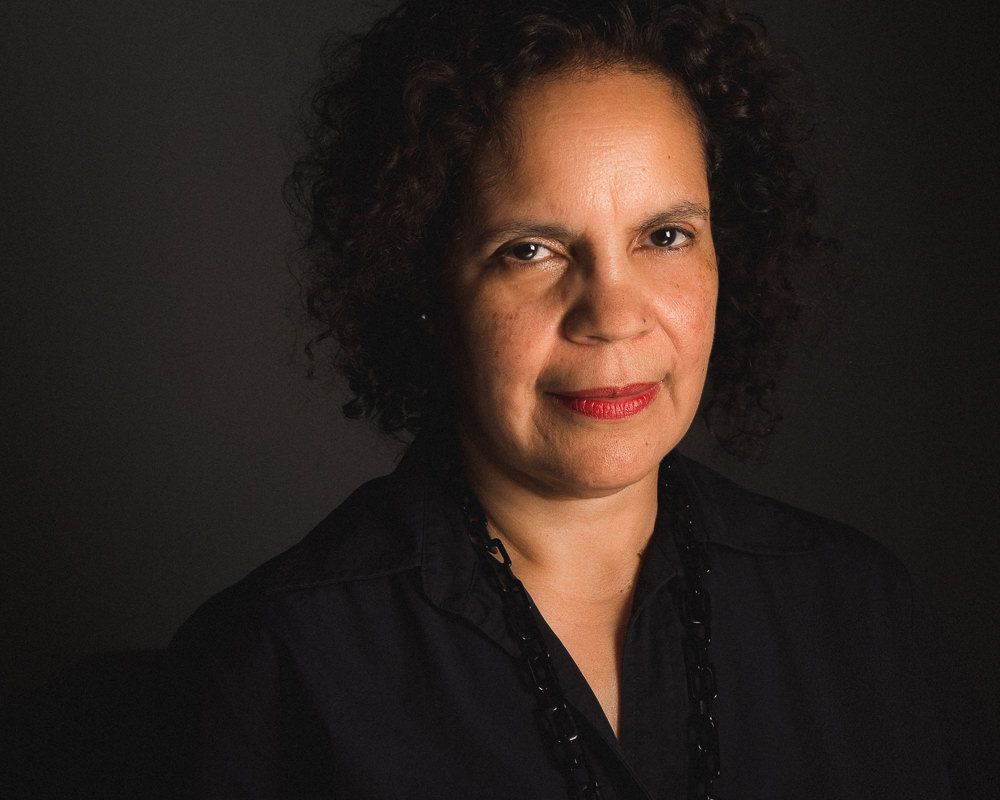 43
Candida Alvarez
Originally from Brooklyn, Candida Alvarez has called Chicago home for eighteen years. She has been a professor in the painting and drawing department at the School of the Art Institute of Chicago since 1998, a position that helps inspire her practice. A recent studio move to Pilsen affords her a view of the city’s “spectacular sunsets” even as the Chicago sunlight is making its way into her paintings, already known for their bold, colorful abstraction. Alvarez has exhibited nationally, from the Bronx Museum to Atlanta’s High Museum. A survey of her work opens in 2017 at the Chicago Cultural Center.

44
Barbara Rossi
A quintessential member of the Chicago Imagists, Barbara Rossi was long overdue for a major retrospective when the New Museum’s Natalie Bell organized a show of her late 1960s drawings and early seventies sous-verre-style paintings on Plexiglas, fittingly and humorously titled “Poor Traits.” Fortunately for Chicago, the DePaul Art Museum hosted the show this past summer in her home city, where she’s been teaching and mentoring young artists at the School of the Art Institute for forty-five years. Long overdue too is her inclusion in this list—2016 is the year of Barbara Rossi.

45
Richard Rezac
While contemporary art veers ever more into the conceptual realm, Richard Rezac continues to delight with his playful, giddy formalism, reminding us that sculpture are things that occupy—and displace—physical space just as well as they ponder the meaning of things. This year, Rezac was in a two-person exhibition with Dianna Frid at the DePaul Art Museum. In 2015, he showed solo at Isabella Bortolozzi Galerie, Berlin and in a group show at Essex Street in New York. Next year, among other things, he teams up with Chicago artist Julia Fish to show at James Harris Gallery in Seattle. 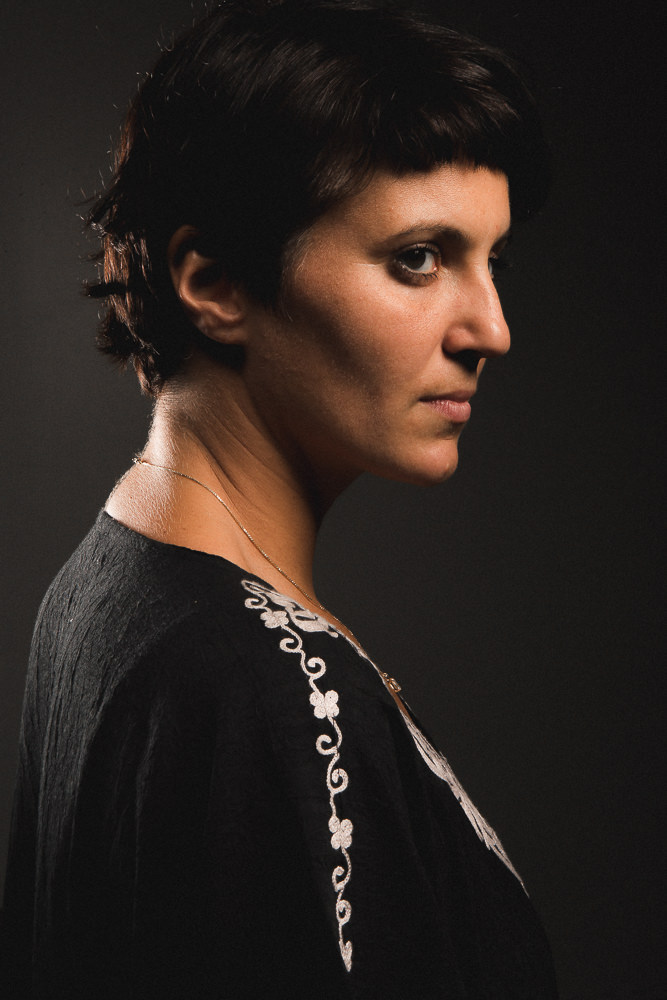 46
Cheryl Pope
Cheryl Pope is in the ring—literally—combating the toughest issues of our city’s youth, including gun violence and disempowerment. With social practice as her medium, and a boxing ring or poetry slams among her many platforms, Pope empowers her audience to make their voice heard and resolve conflict without violence. For a residency at School of the Art Institute of Chicago’s Homan Square space in North Lawndale, Pope is creating a radio show that will broadcast interviews, poetry, music, soapbox discussions and local events. Touching on the universality of safety, power and voice inequality, this year Pope developed projects at Kenyon College and Williams College around sexual inequality plaguing prestigious US college campuses today. 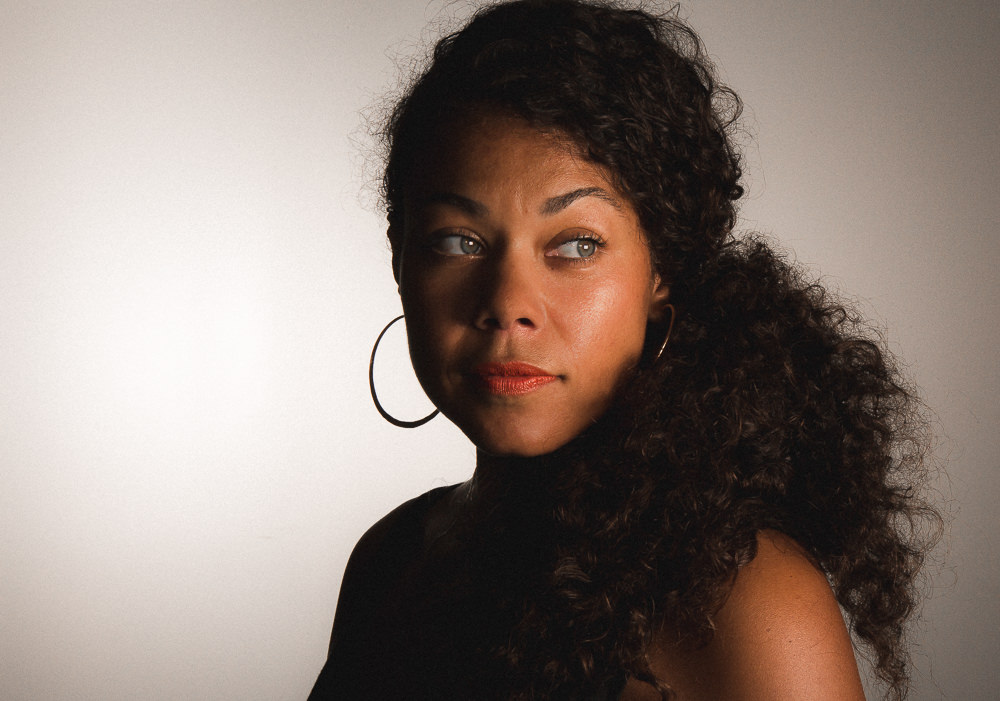 47
Eliza Myrie
Eliza Myrie’s work feeds conceptual and formal complexity through low-fi and pop aesthetics to transform mediated representations of race and class into profound, revelatory sculptures and installations. Myrie’s 3Arts-funded “Building a Wall Through My Father” was recently exhibited as a solo at Vox Populi in Philadelphia, and the project continues with a new chapter next year in Jamaica. With Theaster Gates, she co-organizes the Black Artists Retreat, which convened in Chicago for the fourth time this year. 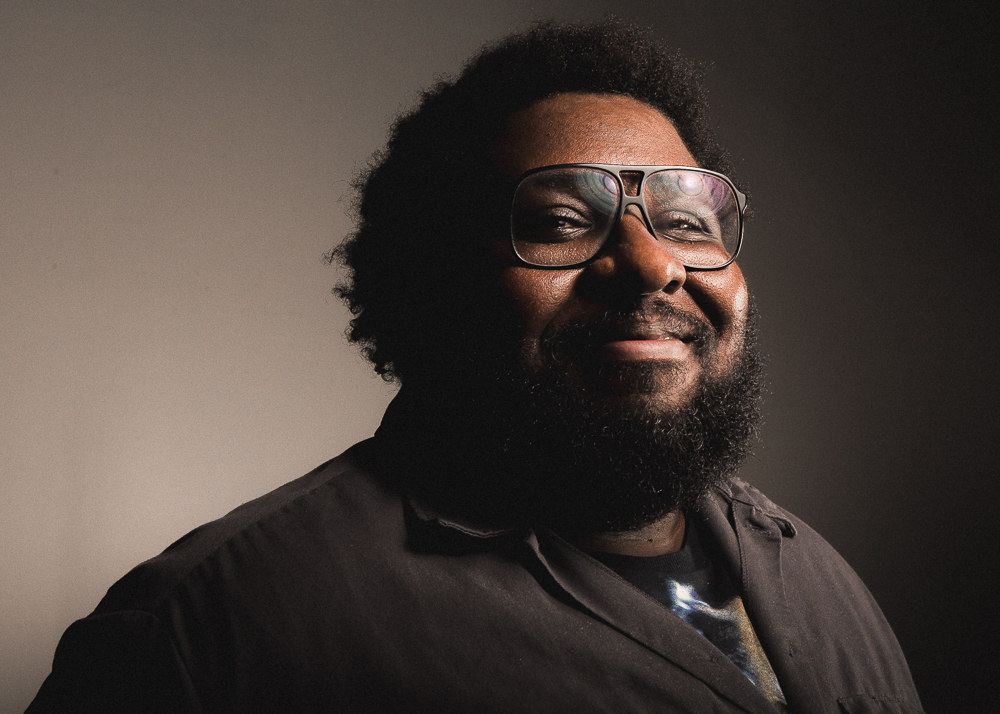 49
David Leggett
David Leggett creates social and cultural commentaries with satirical humor through text quips, caricatures and found and painted images. Addressing a wide range of issues from race, hip-hop, body image and politics, Leggett was one of last year’s Arts + Public Life and Center for the Study of Race, Politics & Culture artists-in-residence at the University of Chicago. This November, he will have a solo show, “Black Drawls,” at Gallery 400. His first large-scale exhibition will include his drawings and paintings, as well as sculpture, pop-culture figurines, film and a gallery of references including works from historical comic books. 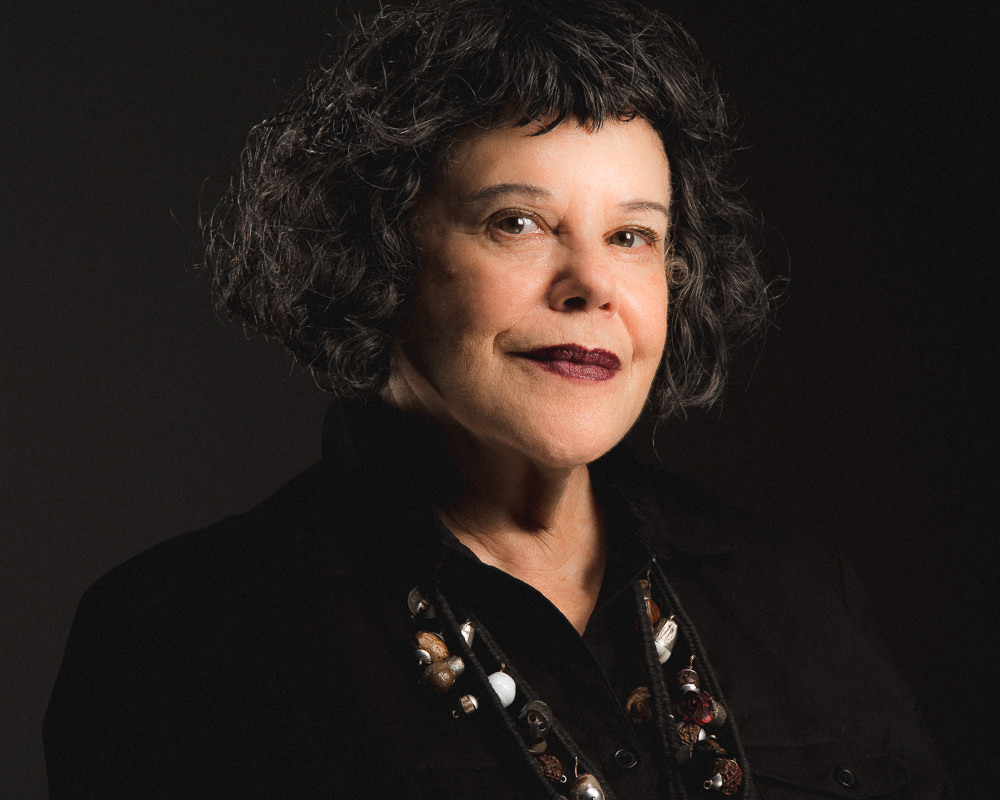 50
Phyllis Bramson
For more than thirty years, Phyllis Bramson has been nourishing Chicago’s art with her esoteric and idiosyncratic approach to painting and sculpture. In the spirit of the Imagists, Bramson paints fantastical, figurative dreamscapes of pleasure and mystery, often fixing herself on the female form. Having taught at the University of Illinois at Chicago for over twenty years, Bramson is now emeritus, but active as ever. Her 2016 solo exhibition at the Chicago Cultural Center was a well-deserved retrospective spanning from 1986 to the present. In that time, she’s racked up local and national awards, including the Women’s Caucus for Art Lifetime Achievement Award.

New City — Thanks for selecting these artists… There are so many that I know and have been important. The pictures are great and so glad do see Temporary Services (was at an event years ago in the west loop where they served food.. very moving performance) Maria Gaspar (interviiewed her for the MacArthur Project years and years ago with Michael Warr), as is with Faheem Mageed… Great list! Sorry I can’t name them all… Still hop to see the Kerry J M show this week….dg This is so irritating…I have tried to log in and verify my email for… Read more »