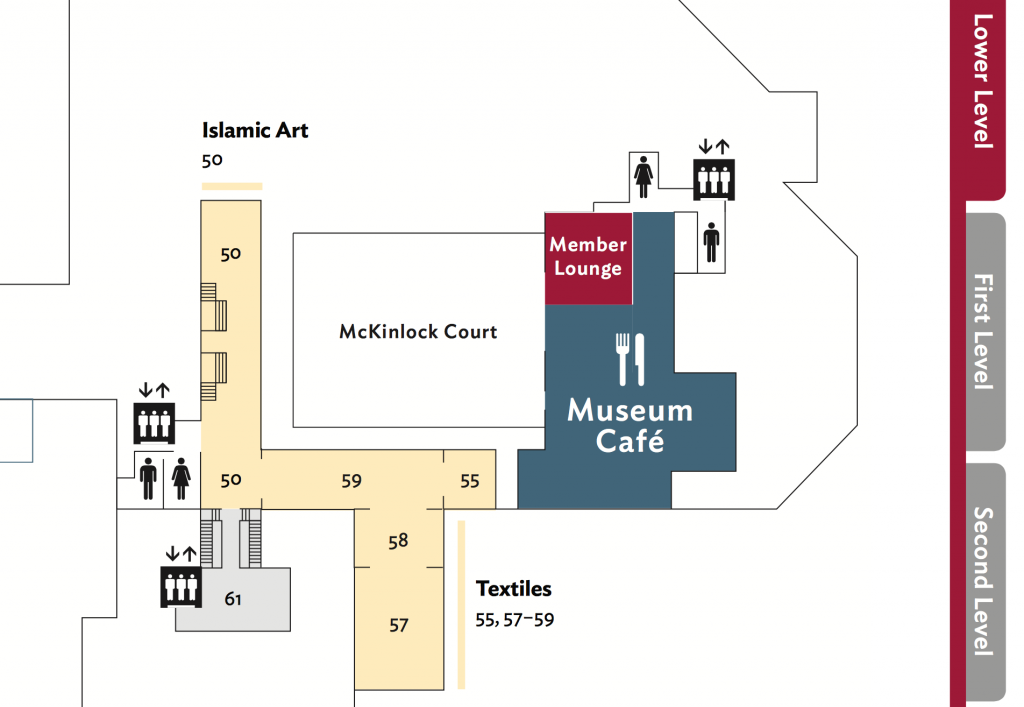 Map of the Lower Level of the Art Institute of Chicago (detail), Fall 2016

Since I’ve been back from Beirut, I’ve felt heightened discomfort with the Euro-American-centric assumptions that surround most conversations at home, especially concerning politics and culture. The upshot of this sensitivity is a sharpening of my general skepticism and critical disposition. At the start of this year, I wrote about how the Art Institute of Chicago sold out to monied donors who fear that, after they perish from this earth, their names will be forgotten. Thanks to the Art Institute, this won’t be the case for at least the next forty-nine years, the remaining length of the fifty-year term the museum is required to show all of the works donated in the infamous Edlis-Neeson collection. The shepherd of that donation, James Rondeau, was shortly thereafter promoted to director of the museum, which quickly hired Ann Goldstein to replace him in his former role at the museum as chair and curator of modern and contemporary art. And yet, since the AIC’s curator of African Art, Kathleen Bickford Berzock, left to become associate director of curatorial affairs at the Block Museum at Northwestern University three years ago, the museum has yet to fill that curatorial vacancy. Rondeau’s background in the modern and contemporary art department obviously has a strong influence over his overall leadership of the institution. For further proof, note that the museum appended the title of deputy director to Goldstein’s modern and contemporary curatorial appointment. 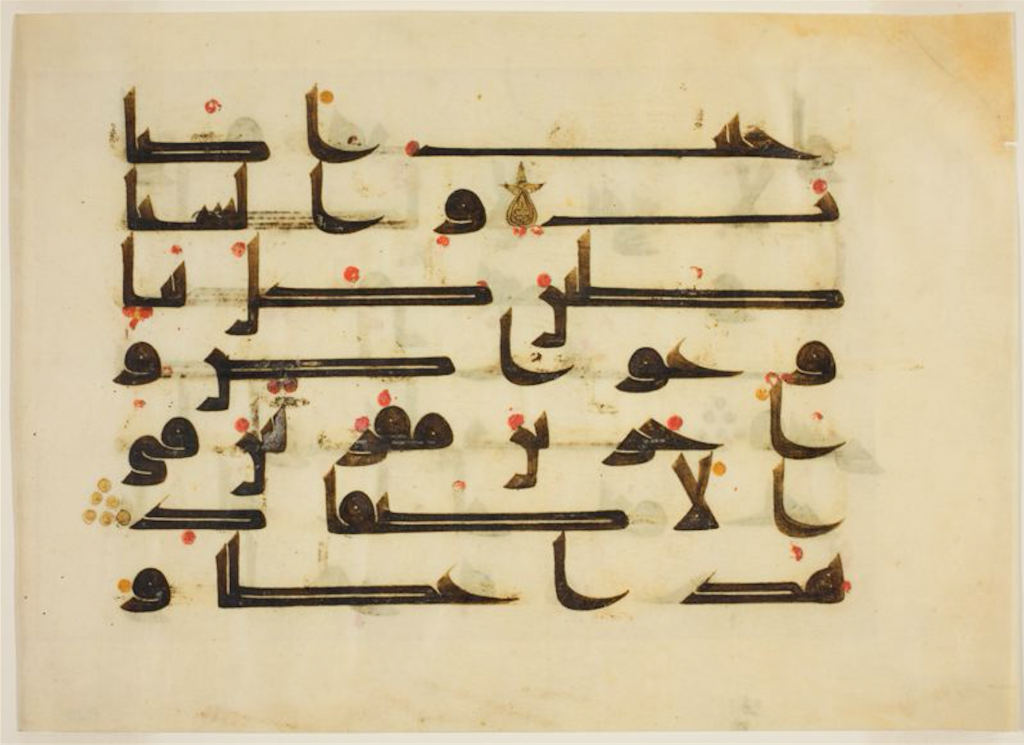 In fact, the Art Institute’s relationship with Islamic art, similar to that of most American and European museums, has historically been one of craft connoisseurship, as the current exhibition “Islamic Art at the Art Institute: A Century of Exhibitions and Acquisitions” attests. This exhibition, shown entirely in the vitrines of the Ryerson and Burnham Libraries’ Franke Reading Room (which is closed on the weekends), is a rare example of curatorial introspection within the museum, which is perhaps why it is so hard to find in the building. The show centers around three figures who, the exhibition argues, shaped the scope of the Islamic art collection and pioneered its presentation to the public in more than sixty exhibitions. Arthur Upham Pope, Charles Fabens Kelley and Donald Jenkins served successively as advisors and curators of Asian and so-called “Oriental” art from the turn of the century through the mid-1970s. Organized chronologically, the vitrines display leather-bound Orientalist and antiquarian tomes—Alois Riegl’s “Antique Oriental Carpets,” an art historical touchstone, is handsomely offered—and European travelogues, many of them opened to pages containing illustrations of typical Turkish, Arab and Persian figures. Notably, none of these historical texts are opened to show illustrations of Oriental ornament except for how it appears on the clothing and in the backgrounds of these phenotypical portraits. Only later, when the Art Institute begins displaying arts and crafts from the Middle East, do images of rugs, textiles and pottery emerge in the pages of the twentieth-century exhibition catalogues. One important moment in the show is the display of printed material and records from the Art Institute’s 1974 “Near Eastern Art in Chicago Collections,” a major exhibition of rugs, paintings and decorative arts from Turkey, Iran and the Caucasus curated by Jenkins. As the object label for this vitrine notes, “the emphasis of the exhibition was on carpets while paintings and decorative art were selected to complement them.”

After seeing the show, I visited the Islamic galleries to see how this legacy manifests today. These galleries, in the basement floor of the museum and accessible only by a pair of out-of-the-way staircases, are notoriously difficult to find. Down there, a single room exhibits a meager array of decorative tiles, wood carvings, ceramics, metals, ivories and illuminated manuscripts. The didactics around the galleries are puzzling and evince a Wikipedia-level knowledge of Islam and the Islamic world. Faith is presented as monolithic and inflexible, revolving around strict observance of prayer, ritual and belief. There is apparently no present to Islam, only its storied past. A label headlined “Islamic Art” repeats the fiction that Islam eschews figuration, despite the several Persian and Mughal figurative illustrations in the room. The introductory wall text refers to multiple galleries, presumably including the two rooms that are currently empty and closed off, and mentions graphic illustrations that are apparently missing from the walls. Despite itself, the Islamic galleries tell an accurate story of how this art has been and will likely continue to be regarded at the Art Institute. 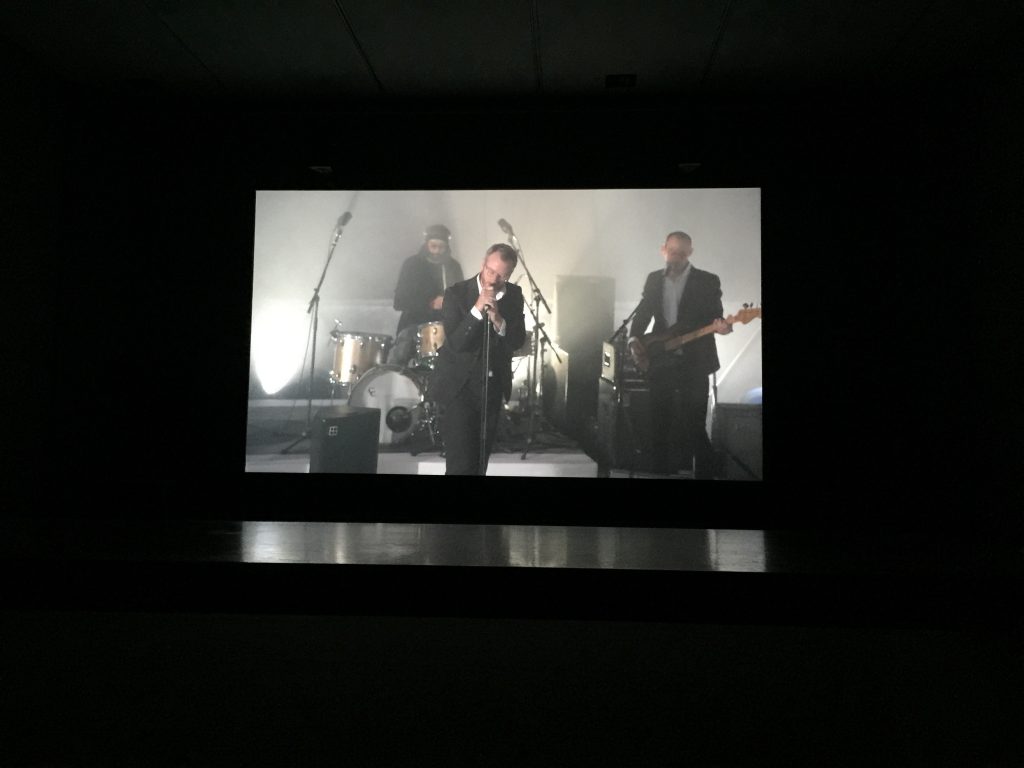 On the way out of the museum, I stopped by the Modern Wing’s video blackbox gallery, which has been showing Ragnar Kjartansson’s “A Lot of Sorrow” (2013-14) since sometime this summer. The video depicts The National playing its three-and-a-half-minute ballad “Sorrow” repeatedly for six hours on a spare stage in front of a small crowd. Occasionally, Kjartansson, a burly, heavily bearded Icelandic artist known for his endurance performances, appears on stage to offer food and drink to the band members. Dressed in black and swathed in white light and grey mist, this portrait of the band and their long, sad song seems to me like a painting, one that unfolds itself the longer you watch. I’ve visited the gallery several times this month and and I’ll keep coming back until it closes in mid-October. Some things here, at least, are done well.