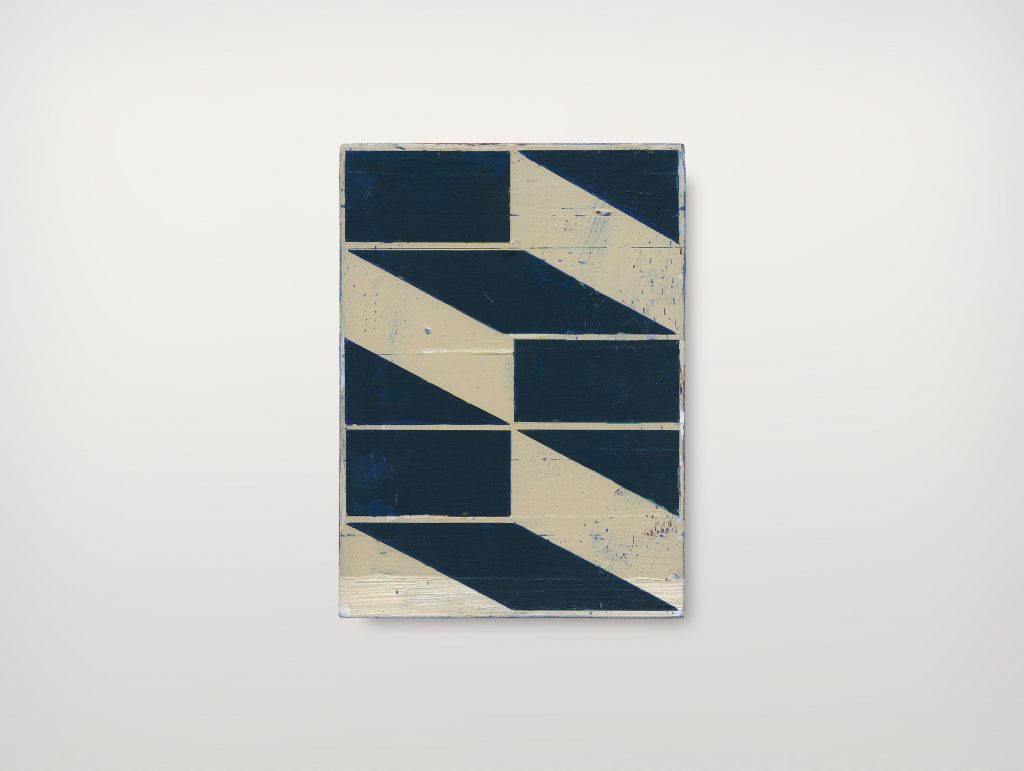 By the 1950s, the Soviet Union’s governing elites loathed abstract painting. Behind its bold gestures, painterly drips and monochrome squares, they detected the intimations of a reactionary capitalist plot. Curiously enough, on the other side of the Atlantic, the denizens of Eisenhower’s America abhorred abstraction as well. To them, however, the art was plainly a product of Bolshevism.

Abstract art in general, and its meaning in particular, is notoriously difficult to pin down. Where one sees mental disintegration, another is just as likely to perceive evidence of a well-rounded personality. Explanation is further complicated when obvious referents to the outside world are minimized and so the demands upon the audience are magnified. In Alain Biltereyst’s attractive new show “Not Just Because,” the onus of interpretation weighs heavily upon the viewer.

As always, Biltereyst’s petite acrylic-on-panel works make for pleasing viewing. Since the artist’s last show with Devening Projects in 2013, these hard-edged, duo-chrome paintings have become smaller and more complicated in both design and execution. In that show, Biltereyst’s paintings breezily enlivened the “Off Space” in which they were hung. In the present exhibit though, they’re overwhelmed by the main gallery’s size and height. Adrift among unadorned expanses of white wall, visual and psychic forces are diminished. 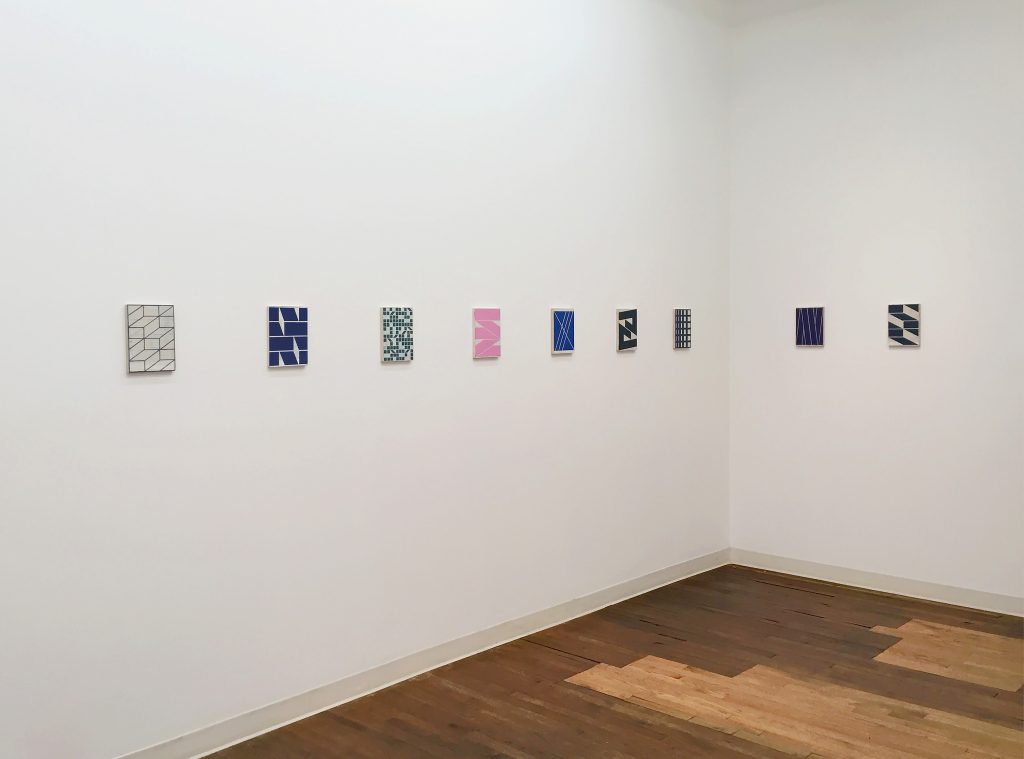 Elsewhere in the pages of Newcity, I’ve suggested that viewers could profitably encounter Biltereyst’s works as sculptures, decorated surfaces to look at rather than within, but that interpretation doesn’t hold up in the current show. Feeling cut off from, rather than distinctly part of the space, the main cluster of nine pieces resonates with a highly intentional, interdependent and sentence-like structure.

The vocabulary’s formal and historical touchstones are obvious: mid-century Euro-modernism, minimalism, commercial design and Op art. Precisely how Biltereyst feels about these antecedents, or what his visual syntax is intended to convey (beyond oblique references to them) is ambiguous. Like many contemporary paintings in this manner, meaning is as much a product of the artist’s form as it is the viewer’s imagination. Always a joy to behold, in reality Biltereyst’s work could plausibly be interpreted as either a communist plot, or a capitalist one. (Alan Pocaro)