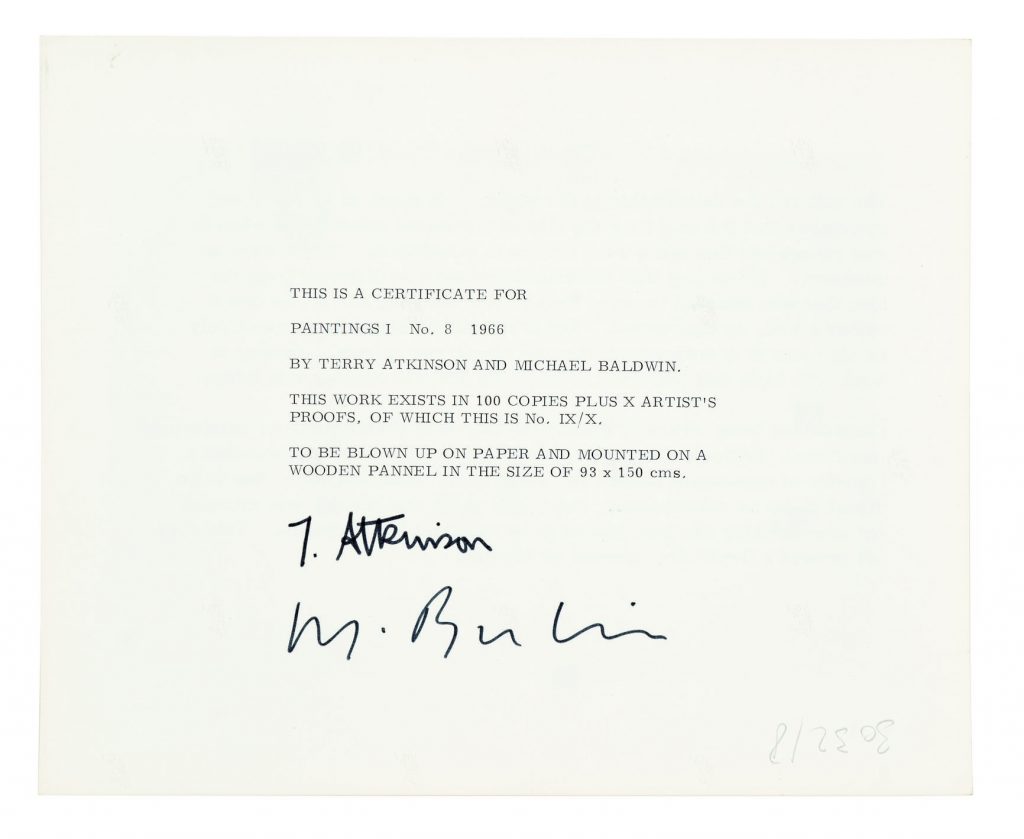 It is one thing to say that art is a commodity, but it’s another to say it is capital. In the first instance, it is made by an artist and sold to a collector for her use or pleasure. In the second, it enters into economic circulation; its purpose is not aesthetic satisfaction but the accrual of value.

Today, the combination of well-capitalized art dealers and auction houses, combined with international art fairs, assure that the supply of commodities is abundant and their transformation into capital is global. Art has become a sink for the cash of Chinese and Russian oligarchs, a vehicle for sovereign wealth funds and an asset class for private investors. And the more art has become capital, the more it has been evacuated of meaning, except as capital.

The current situation was foretold in the late 1960s. In those years, the rapid growth of the contemporary art market combined with wars, political protests and civil unrest constituted an “emergency situation,” to use a favorite phrase of the collective of English and American artists called Art & Language. They responded by renouncing the creation of material objects (art as moveable capital) in favor of theoretical propositions that were, as one of their founders Mel Ramsden tells me at this year’s EXPO Chicago, “neither art, nor literature, nor information, nor philosophy.” They were instead fragments of propositions about art, science, philosophy, politics and religion. They were intended, as Michael Baldwin (another Art & Language founder) tells me, “to be an antidote to art as a fetishized commodity.”

Art & Language is represented at this year’s EXPO Chicago in a special exhibition booth (#127). Among the works on view is “Paintings I, No. 7” (1966) that describes the contradiction of minimalism: “[…]a bland, neutral looking form as the vehicle for a hostile or aggressive content[…]” The texts are all ink-jet enlargements from the original typescripts belonging to a Swiss collector who acquired them from Rothschild and Co. Financial Services. When I ask Baldwin how works that so resolutely denied their fetish character wound up in a bank, he frankly replies: “We never knew why the bank wanted them. But when you are twenty-two years old and some guy offers you a pile of money for some pieces of paper, it is hard to say no.”

At Galerie RENÉ SCHMITT (Zurich, #902), Baldwin and Ramsden exhibited a new portfolio of five works on paper concerned with Kazimir Malevich’s painting “Black Square” (1915). The Suprematist work was fundamental to Art & Language and many other artists of their generation because it seemed to represent a limiting case for painting—a work that is at once a negation (of color, design, individuality and communication) while at the same time projecting an undoubted pathos and foreboding. The best of the five is “No. 4,” a crackled black square superimposed on an occluded text. But neither it nor the others have much to do with Art & Language as it was originally conceived.

Far from being a cipher of negation, Malevich’s “Black Square” is today an affirmative trophy of museum culture. (In 2011, the Art Institute of Chicago paid about fifty million for another Malevich from 1915, “Painterly Realism of a Football Player.”) And the fetish character of Baldwin and Ramsden’s mixed-media suite—monotype, woodblock print, etching and aquatint, pencil, crayon and Letraset on 300-gram laid paper set into a hand-painted wooden box—could hardly be greater. The contradictions are thus not so much described as ignored and the status of art as capital is uncontested. What a difference a half-century makes.