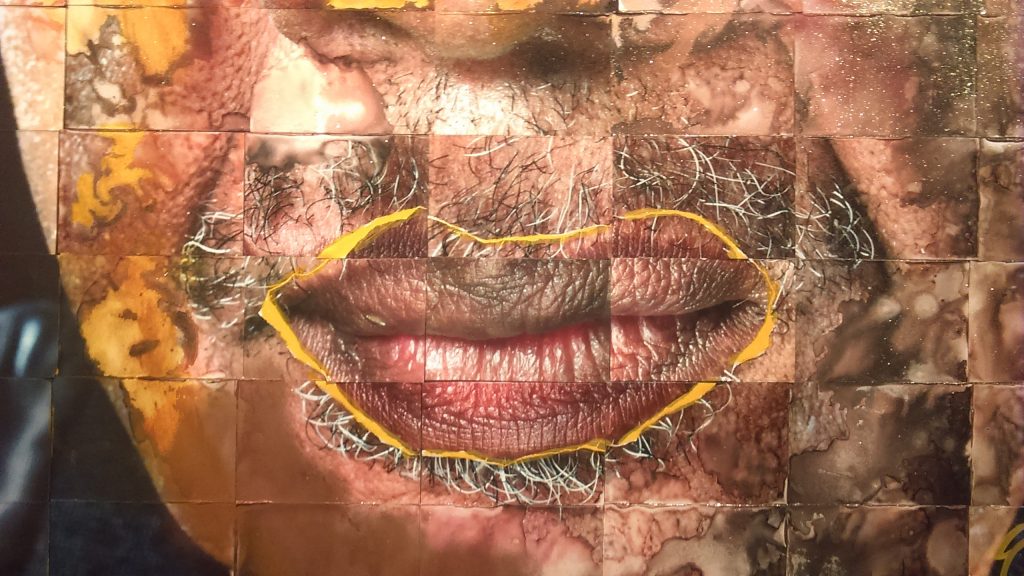 With #PokemonGo and #BasketOfDeplorables battling #100JustinBieber for top spots on Twitter’s recent trending list, it’s worth wondering how much headway our Social Media Warriors are actually making, and whether we need to start looking elsewhere for sustained political discourse. However, those still holding out hope for the Twitter revolution may find something to be optimistic about at Ervin A. Johnson’s recent solo exhibition at Columbia College’s C33 gallery, “#InHonor.”

Through a series of five-feet-tall photo collage portraits hung among and over large expanses of hashtag-laden gallery walls, the artist confronts us with political and corporeal truths of Black Americans living in 2016. While contending with the already storied history of large-scale portraiture may be enough to scare off many emerging artists, Johnson tackles his subject matter head-on with works that speak less to a face-value presentation of identity, and more to the patchwork, damaged and violated selves he finds at hand. 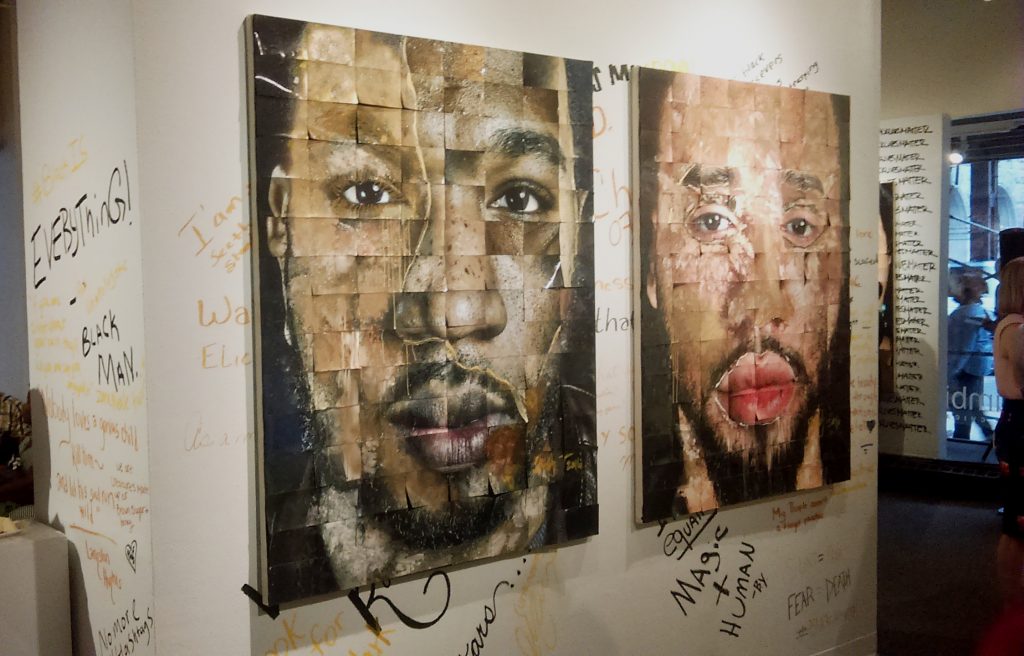 Borrowing liberally from the previous generation of Black American artists by incorporating elements of Mark Bradford’s rigorous décollage process, to the imposing walls of politically charged text Glenn Ligon is most famous for, as well as a love for the raw and direct expression of Rashid Johnson, it is clear that the young artist is a student of history. Despite its origins, Johnson’s work is far from Post-Black (a term made famous in the 2001 exhibition “Freestyle” at the Studio Museum in Harlem).

Similarly rooted in a complex tug-of-war between individualist expression and ethnic identity, the artist departs in his desire to engage more directly with some specific political interests that hit close to home. While some lovers of white cube commercial gallery aesthetics may bristle at overt references to the growing list of police shooting victims, “#InHonor” refuses to shy away. It’s an approach that does not allow for much ambiguity when it comes to interpretation, which is both its weakness and its strength. (Brad Fiore)