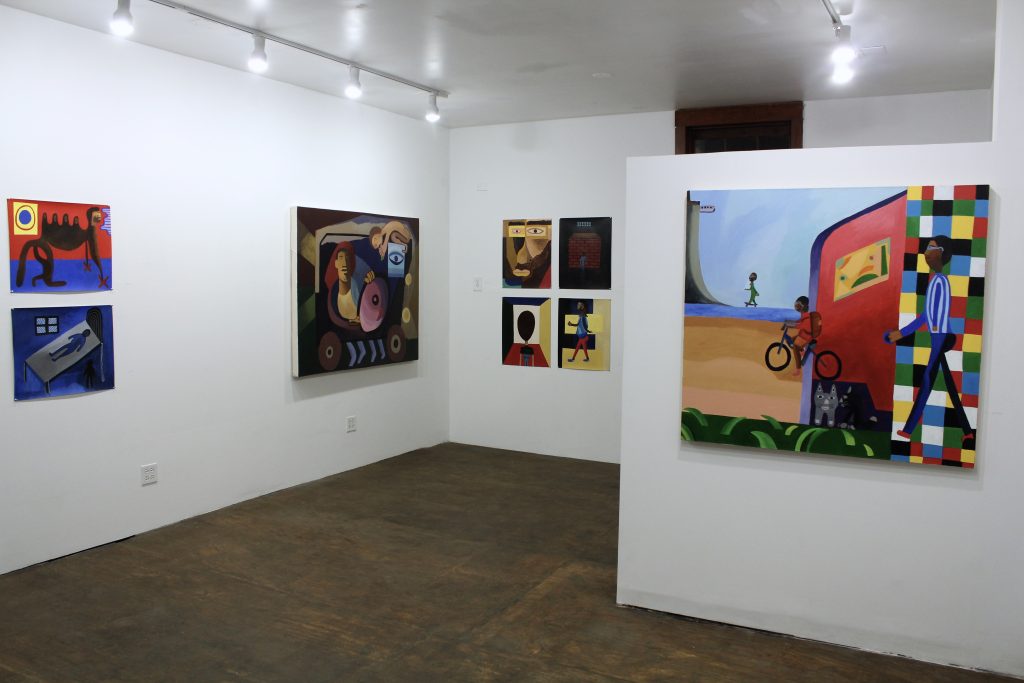 On the far wall at Slow, four paintings are tacked to the wall in a grid. All feature a similar color scheme: primary red, blue and yellow, and varying shades of brown. All seem to be of the same character, possibly the artist, Alex Bradley Cohen, himself. Throughout the gallery, titles of the pieces are pencilled directly on the wall. Near the bottom-left piece, which shows the figure with his back to the viewer, looking into a space with differently colored walls, floor and ceiling, the word “headspace” is written. The title could be applied to most of the works in “Half Truth,” a promising show by Cohen, who was named a Breakout Artist by Newcity earlier this year.

Most of the works in this show wouldn’t be considered standard portraits. Upon first entering the space, you are struck by “two cats facing each other,” which sports two purple-hued feline figures facing off against a bright yellow background. Two cats can also be seen in “On a good day,” one of the largest and most straightforward pieces shown here. In it, a figure (presumably the artist) can be seen walking outside, riding a bike and skateboarding, all active scenes, all out and engaged in the world. The brightly colored scene, showing a light-blue sky and deep-green grass, contrasts starkly with some of the other, more inward-focused pieces, such as “headspace” or the dark-hued “what doubt feels like.” 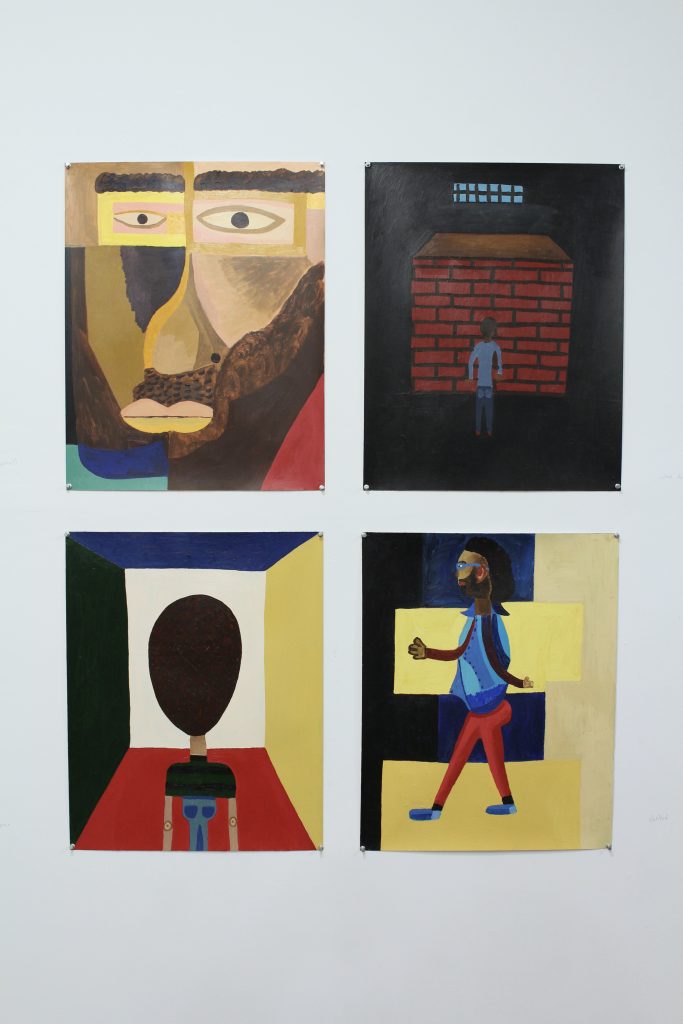 Another standout work is “the relationship,” which shows two figures facing away from each other, but with their bodies connected. The figures stand out, floating against a bright blue background. Between them, in fact, a tree seems to be growing, sprouting from the place where their bodies meet. The School of the Art Institute of Chicago graduate still seems to be creating from life—from memories, day-to-day activities, relationships. Whether exploring a darker moment or a “good day,” Cohen’s good-natured affect shows through. Or maybe it’s just that the good moments balance out the bad, as we hope life does—a half truth on its way to truth. (Kerry Cardoza)