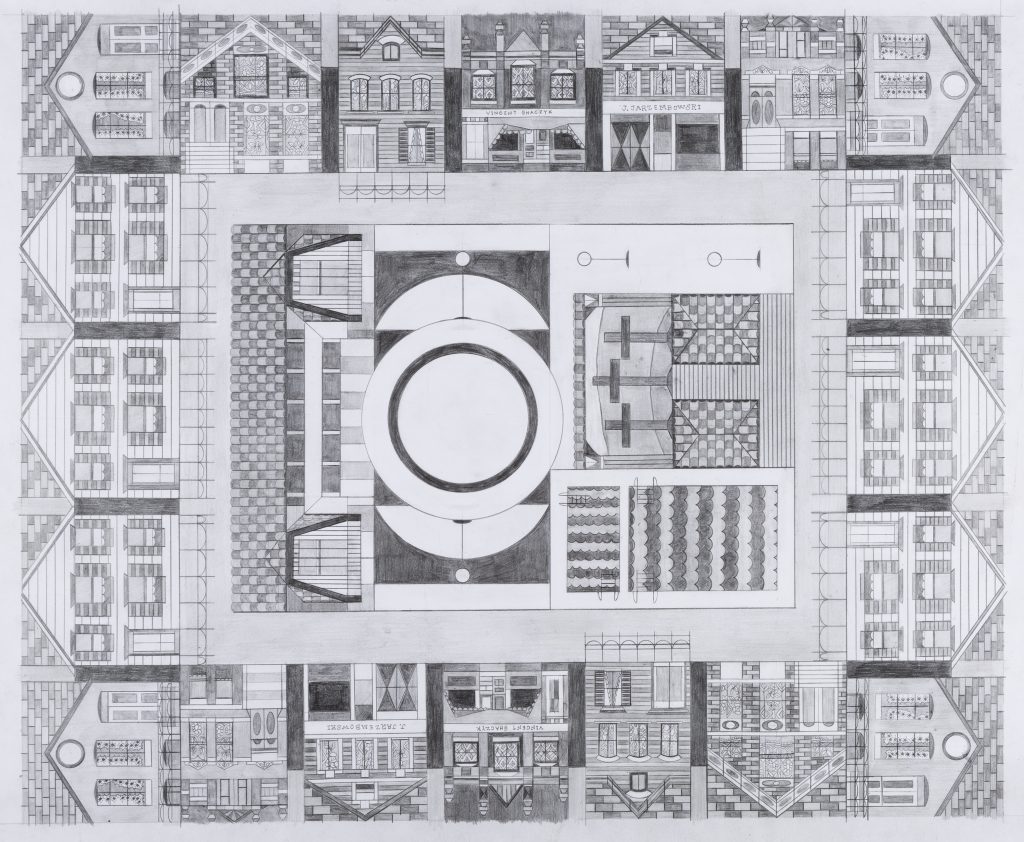 Jorge Luis Borges’ short story, “On Exactitude in Science,” gives a fictional account of an empire so precise in the art of cartography that there is no distinguishing between the territories on a map and the empire’s physical geography. A parable of duplicitousness, the magnitude of the map would inevitably fall victim to the want for expanse: What empire could conquer what wasn’t actually there? Of course, such cartographical “exactitude in science” is a human impossibility yet is assuredly being recorded and documented up to the house’s front porch by digital mapping via Google Maps. Just how we experience a site is the crux of Fieldwork Collaborative Projects’ first exhibition “More Strange Than True.”

Eleven artists were asked, without visiting the space, to make works that interact with Chicago’s Pulaski Park. This task of reconstructing the park via imagination or ephemeral and archival materials is a curious challenge in regards to artistic occupation. Site-specific artworks should, so the demand goes, be created in communion with the space they occupy. This art’s success is wholly relative to this accordance, and it takes on a political dimension when curatorial restrictions are placed on the artist that bring the notion of the unreliable in regards to artist/location harmony. Thus, the exhibition’s title is appropriate in light of this structuralist prompt, with the artists clearly reveling in creating a kind of index of topographical possibilities. 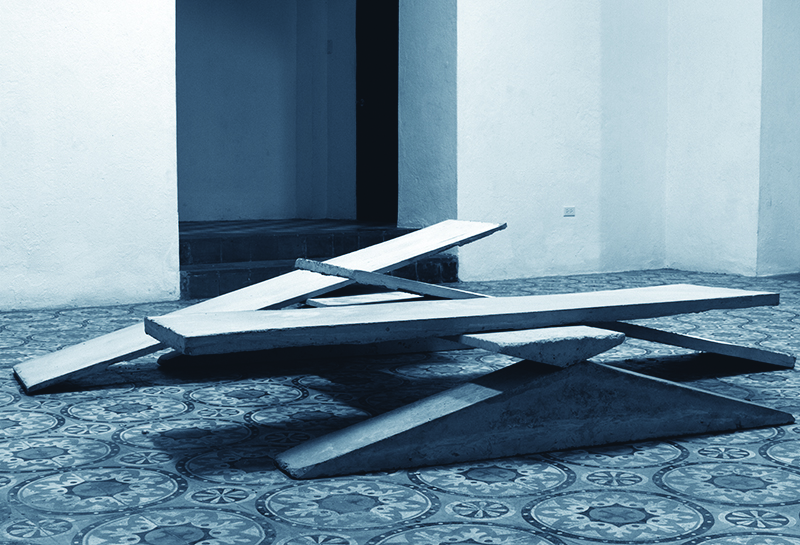 Ann Toebbe’s “Pulaski Pool” is a bird’s-eye view drawing of the (real) park pool that forgoes pictorial perspective, the facades of the homes surrounding the pool arranged toward the overhead view. Her resistance to horizon-line viewing as the dominant mode of sight speaks to the omnipresence of the bird’s eye view today (Google Maps) and that re-imagining territories is always a political gesture. Dana Levy’s video “The Weight of Things” is an engraved image of Louis XIV’s bedroom slowly falling apart piece-by-piece through the duration of the film. Imagined space takes on another political position, presenting artist’s renderings meant to glorify the ruling classes against its precarity. Adam Schreiber’s bound Braille text of Paul De Man’s “Rhetoric of Blindness” is a meditation on the privilege of seeing at all, bringing imagined architecture into the realm of physical necessity.

Where the exhibition both succumbs to and succeeds in its own premise is in its meta-awareness. One can’t help but consider the unwieldiness of artist intervention into public spaces while viewing works ruminating on how to represent the very space in which these works reside. This is typically the realm of institutional critique, but this exhibition is not exactly that. Instead it makes the viewer hyper-aware of just what the space they are standing in entails and the challenge of art’s “relational” capabilities in the realm of the public.

Serendipitously, and fully visible to the gallery attendee, an unrelated private party celebrating a sixtieth birthday occurred during the opening, bringing an interesting tension to the exhibition’s premise. (Chris Reeves)

Absolutely loved this show! What a fantastic and original idea to utilize and reimagine the public spaces we all take for granted! Bravo — look forward to the next one!