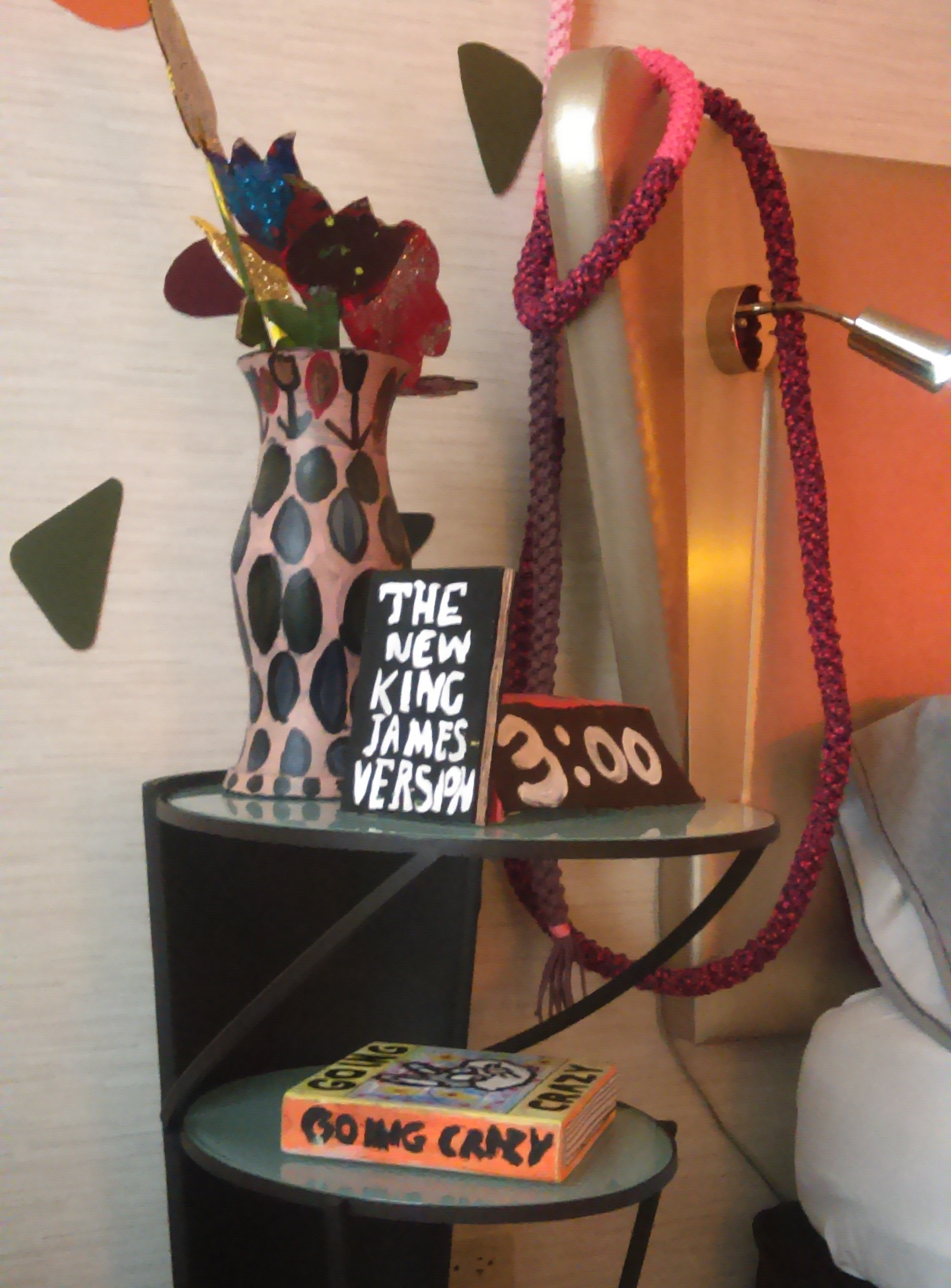 Initiated last year in San Francisco, stARTup Art Fair has succeeded in profiting from the art world’s unceasing fascination with and general loathing of the EXPOs and Art Basels of the world. Piggybacking on the abundance of well-moneyed foot traffic that such events bring to their respective cities, the young, itinerant fair has carved out an advantageous niche as the capital-A-Alternative source for visual art while still making a dime through plenty of ticket sales. With their inaugural fair in Chicago, they drew from a selection panel that included Michelle Grabner, Sabina Ott, Andrew Rafacz and other Chicago art-world denizens, organizing more than thirty hotel-room exhibitions that took up three of the Mile North Hotel’s floors during the run of EXPO Chicago 2016.

As a whole, stARTup included its fair share of collector-fodder to sift through. By and large, most of the successful installations were those programmed by local artists and galleries who were more likely to take the opportunity as one of site exploration, rather than CV-building. The Chicago performance space Dfbrl8r curated a series of fourteen performance pieces over the three day event that activated the space in ways that were uncommon for a commercially focused art fair. The Hyde Park Art Center, LVL3 and Inside/Within and Michelle Grabner succeeded in organizing contextually aware installations that stayed true to the Midwest alternative scene’s credo of privileging substance over sales.

Grabner’s room featured three Milwaukee-based artists, Sara Caron, Kim Miller and Keith Nelson, who represent the city’s east-side cultural core. Without any apparent rhyme or reason for pairing these artists together, the collection stayed true to the established art fair approach of non-curating. Still, the site-specific installation found more than one opportunity to riff off of the in-situ toilet, while Kim Miller’s characteristically odd soliloquy on her “first and only date with an extra-terrestrial” perfectly captured the baseline sense of alienation that comes with a hotel stay.

The rest of the rooms varied widely in quality, the worst of which leaving us wondering whether they might have been better off leaving the rooms adorned with the standard hotel fare of lighthouse and sunny meadow paintings. And while placing a sculpture atop a bedspread felt like a thoughtful reimagining of the pedestal the first three times, it quickly became repetitive. 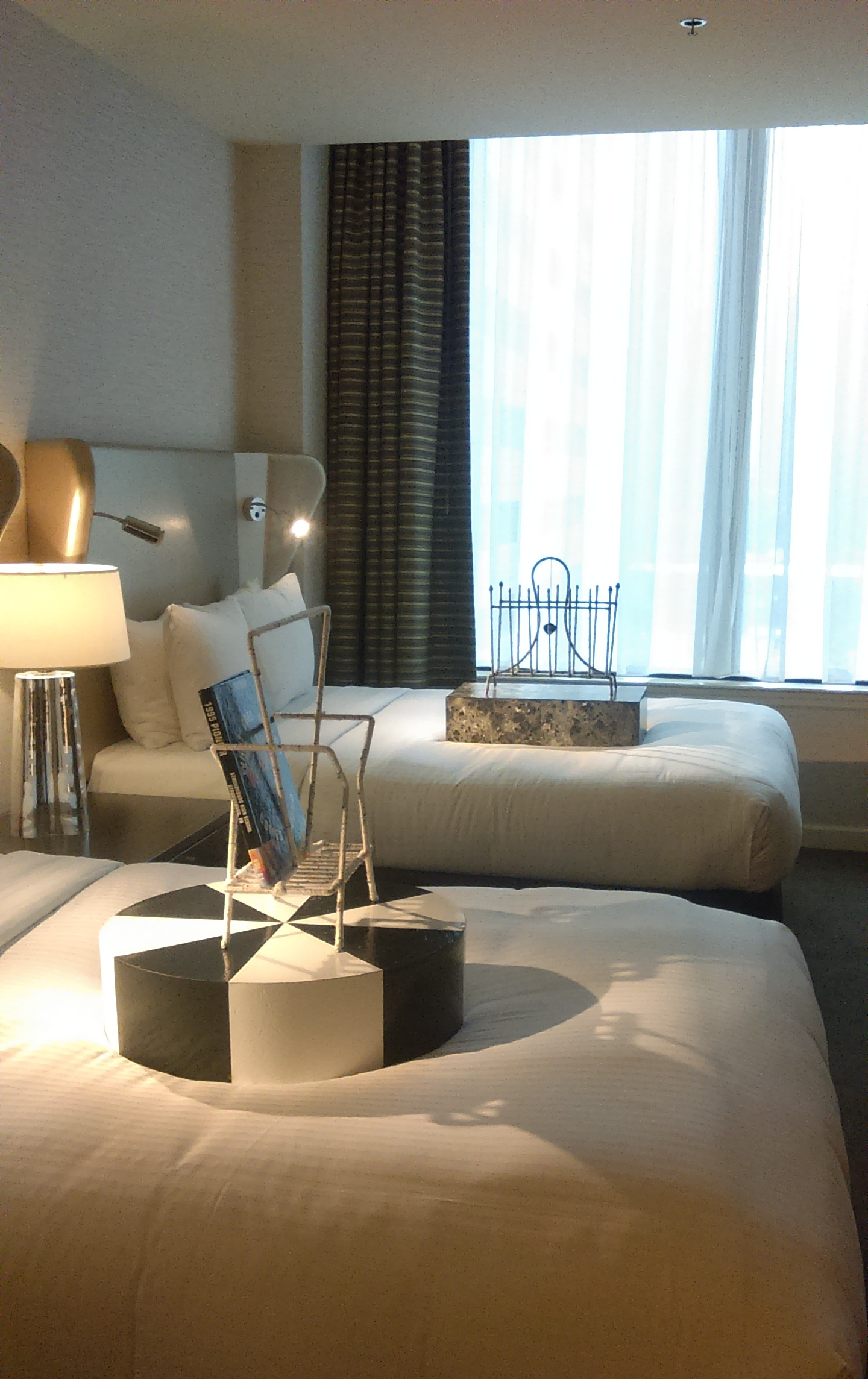 On the whole, we need to applaud stARTup for taking the initiative to invent a unique platform that articulates a clear response to the soul-draining atmosphere of the typical art fair. While the signature hotel interiors were an obstacle more often than an asset to the exhibiting artists, those that did succeed in transforming their spaces will serve as a guidepost for the young fair’s future.

However, two years in, stARTup still seems to be struggling with identity issues. They’re eager to establish some alternative cred by championing independent artists along with a mission statement laden with phrases like “the art world is changing” and “on your own terms,” but the sheer quantity of rosé wine and total absence of curatorial focus betrays their lack of understanding of the social and cultural scene they hope to embrace. Optimistically, we can assume that the fair organizers just want to be part of an art culture that they’re still struggling to get a grip on. Still, I find myself wondering whether they are just as content to continue accepting application and entrance fees while riding on the free labor of eager young artists hoping to catch a whiff of EXPO sales. (Brad Fiore)