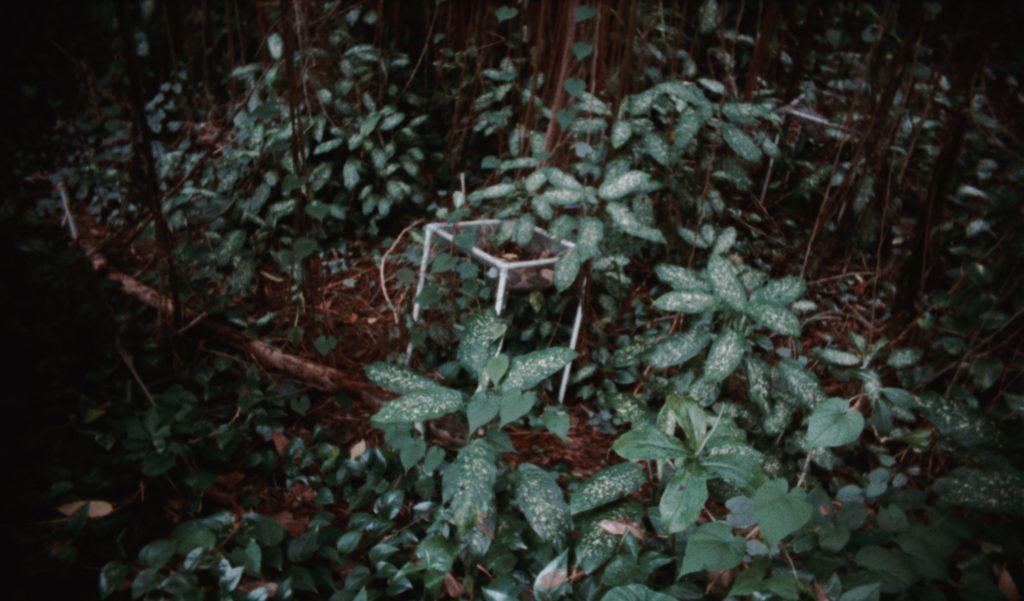 In Ben Rivers’ new film work, “Urth,” an isolated and unnamed graduate-student narrator dwells in a vivarium-like atmosphere that replicates Earth before a disaster. Thus, to begin is to reconcile with the end, as the world as we know it is over. While she writes and records her day-to-day, she speaks out loud to us, hoping to understand how she got there, and the possibilities of what is to come.

For the exhibition, also titled “Urth,” the Renaissance Society has commissioned the contemplative film work as part of Rivers’ first solo museum show in the United States. Privacy, intimacy, autonomy and freedom—these words come to mind when considering the entirety of the show, and further, the career of Rivers. The London-based artist is known for his storytelling, habitually intermixing the cinematic techniques of the documentary with the Victorian gothic narratives that influenced his childhood. Poetic reflections on the slippery notion of utopia are often found at the core of his work, considering the idea that what is idyllic to one might be a nightmare to another.

Issues of subjectivity are a thematic concern throughout the exhibition, beginning with the fact that “Urth” can only be heard through individual wireless headphones. Elsewhere in the gallery are two private spaces, each occupied by an individual work; the four-channel installation “Slow Action” (2010) that is an unfolding inquiry into community and “Things” (2014), a self-portrait of sorts that examines the artist-director’s own interiority.

All three works create a web of vignettes that visually examine the complexities of contemporary life and the burdens of history onto the self. In “Urth,” we are met with a narrator who is attempting a lone survival, but, the viewer begins to wonder, what for? That is not to say that the film is nihilist by any measure, but it begs the question that we all ask of ourselves when it comes to meaning. As “Urth” is a Norse word that means “twisted fate,” we would be remiss to consider our own. (Brit Barton)

Through November 6 at the Renaissance Society, 5811 South Ellis