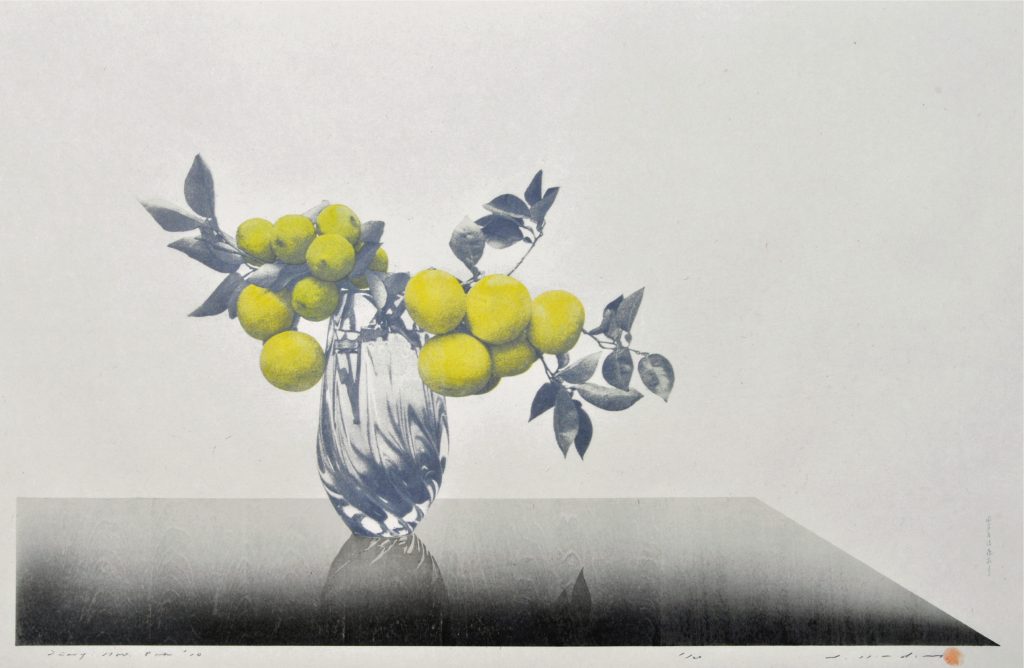 I first saw the work of Tetsuya Noda at Andrew Bae Gallery about two years ago. While it may be that an artist’s work implants itself in the mind due to its extraordinary subject or composition, my draw to Noda’s work has always been for the opposite reason. In his fifty-year-long career, Noda has created over five-hundred woodcuts and screenprints under a single series entitled “Diary.” Each print, simply numbered, documents a moment within the artist’s life that one could perceive as unequivocally mundane; arrangements of fruits or flowers, a line of shoes, or a portrait of his children. Yet gazing upon these impromptu moments in Noda’s life, I am overcome with an intense connection to the man, as if looking through a stranger’s family photo album. 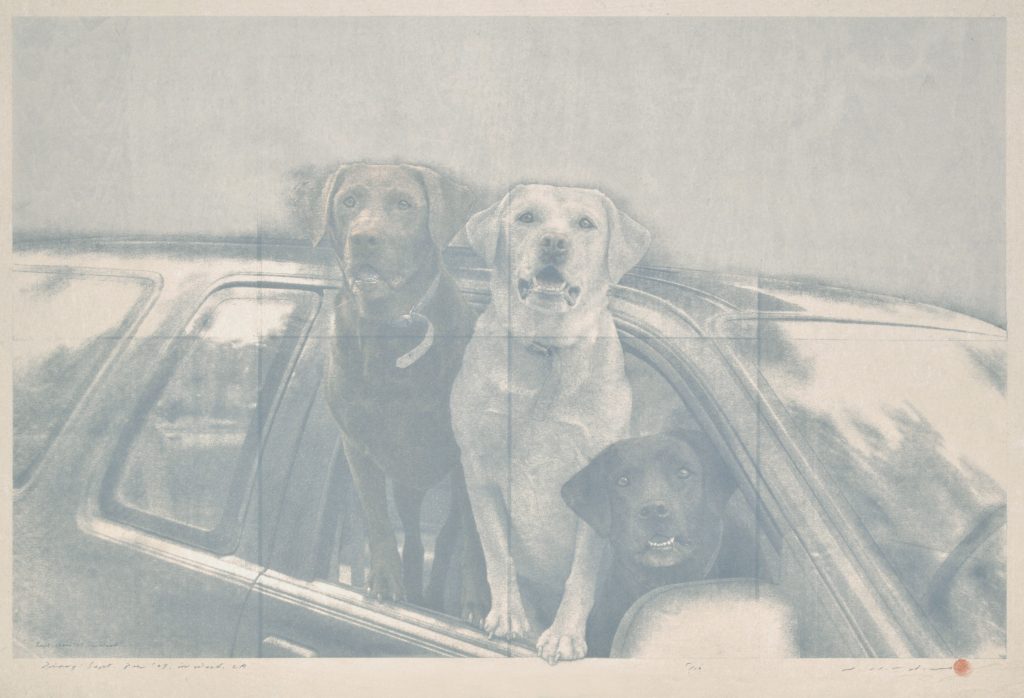 Andrew Bae has been a friend of Noda for twenty-five years and one of the earliest artists he represented. When asked why Noda has continued to fascinate him after all these years, Bae explains that he has never encountered an artist like him, both in technique and subject. “His work is both Japanese and non-Japanese” says Bae. He is an artist who has mastered traditional Japanese printing but incorporates alternative techniques, such as photography and mimeograph, into his practice. In regards to subject, Noda’s willingness to document the unplanned intimacies of his life is unusual in Japanese culture. What is even more profound is Noda’s inspiration for his “Diary” series. The numerous prints lack titles and explanations and, as Bae explains, what little information is provided about the context of the image has been reluctantly surrendered by the artist over time out of concern that their stories may one day be lost.

These images are truly the personal life of one man, a man with a profound love for his wife and children, a proud yet humble recollection of his accomplishments, and humorous awareness of his growing age. It is hard not to smile at a life so beautifully lived. (Noah Hanna)